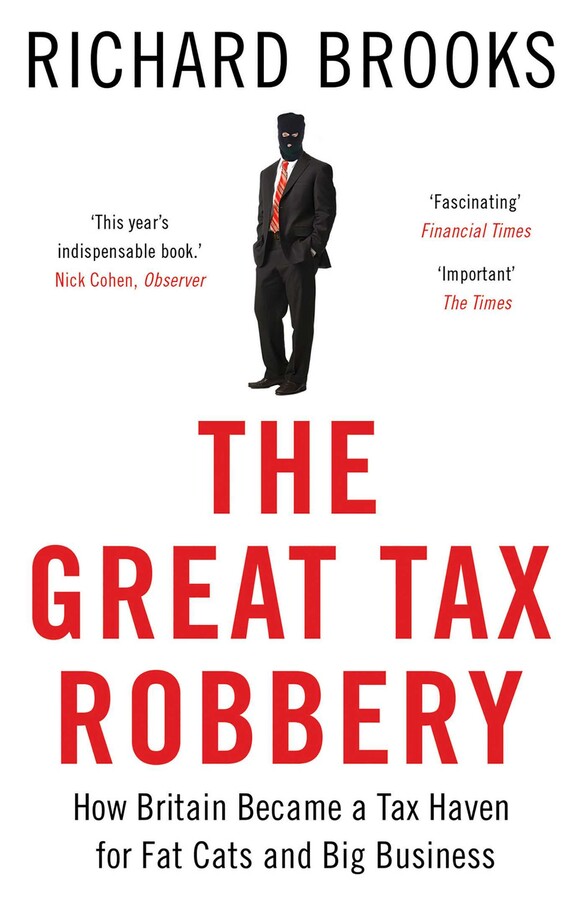 Investigative journalist and former tax-inspector Richard Brooks charts how the UK has become a global tax haven that serves the super wealthy, all with the Government’s help. Discover:

Unpicking the tangled mess of loopholes that well known multinationals, bankers, and celebrities use to circumvent tax, this is a bold manifesto for a system where we all contribute out fair share.

Former tax-inspector Richard Brooks is a columnist for Private Eye and the Guardian, and with David Craig was co-author of the bestselling Plundering the Public Sector. In 2008 he was awarded the Paul Foot Award for Investigative Journalism, presented by Ian Hislop.

'Fascinating… not only does [Brooks] have a near-encyclopaedic knowledge, he also has an ear for resonant detail.'

'A "must read": Richard Brooks exposes the financial immorality of the rich as never before'

'A call to arms and a tour de force. It is about time someone explained to all of us what is required if we don't want our country, our cities, and our schools to enter a cycle of decline where paying tax is just for the little people.'

– Danny Dorling - Author of Injustice and So You Think You Know About Britain?

'Richard Brooks is a digger and a troublemaker who niggles away at difficult subjects in a meticulous, punchy and highly effective way.'

'Richard Brooks exposes the very British scandal in which WE are inflicted with austerity whilst corporations and wealthy individuals are permitted to cart their tax obligations to havens over which the UK government has far more influence than it pretends.'

'At a time when tax avoidance is riding very high on the political agenda, this book explains in easy-to-understand language how the complexities of artificial tax avoidance have corrupted fair taxation in Britain, and the forces behind it – not only the super-rich and multi-nationals, but government itself as their agent. Written by a former tax inspector who has turned his inside knowledge on the Treasury and politician gamekeepers-turned-poachers, it is detailed and comprehensive – and shocking – whilst also being an enjoyable and wicked read, spiced with scurrilous examples of breath-taking cheating and greed.'