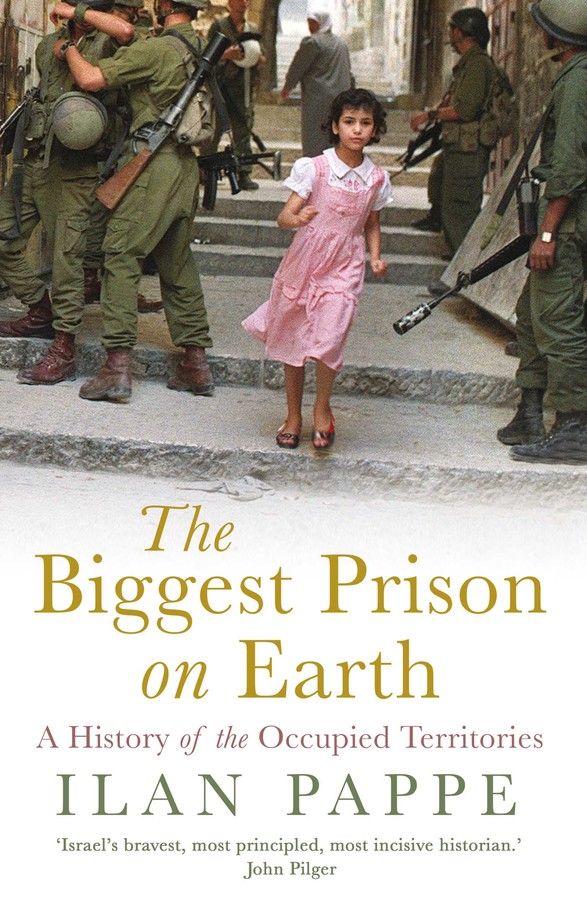 The Biggest Prison on Earth

A History of the Occupied Territories

Shortlisted for the Palestine Book Awards 2017

A powerful, groundbreaking history of the Occupied Territories from one of Israel's most influential historians

From the author of the bestselling study of the 1948 War of Independence comes an incisive look at the Occupied Territories, picking up the story where The Ethnic Cleansing of Palestine left off.

In this comprehensive exploration of one of the world’s most prolonged and tragic conflicts, Pappe uses recently declassified archival material to analyse the motivations and strategies of the generals and politicians – and the decision-making process itself – that laid the foundation of the occupation. From a survey of the legal and bureaucratic infrastructures that were put in place to control the population of over one million Palestinians, to the security mechanisms that vigorously enforced that control, Pappe paints a picture of what is to all intents and purposes the world’s largest ‘open prison’.

Ilan Pappe is an Israeli historian and socialist activist. He is a professor of history at the College of Social Sciences and International Studies at the University of Exeter in the United Kingdom, director of the university's European Centre for Palestine Studies, and co-director of the Exeter Centre for Ethno-Political Studies. He is also the author of the bestselling The Ethnic Cleansing of Palestine (Oneworld), A History of Modern Palestine (Cambridge), The Modern Middle East (Routledge), The Israel/Palestine Question (Routledge), The Forgotten Palestinians: A History of the Palestinians in Israel (Yale), The Idea of Israel: A History of Power and Knowledge (Verso) and with Noam Chomsky, Gaza in Crisis: Reflections on Israel's War Against the Palestinians (Penguin). He writes for, among others, the Guardian and the London Review of Books.

‘Ilan Pappe is Israel's bravest, most principled, most incisive historian.’

‘[Pappe] boldly and persuasively argues for understanding the occupied territories as the world’s “largest ever mega-prison”... Pappe’s conclusions won’t be welcome in all quarters but this detailed history is rigorously supported by primary sources.’

‘A diagnostic survey of Israel's long-planned occupation of the Palestinian's land... A grim, hard-hitting look at the nuts and bolts of Israeli occupation.’

‘Will undoubtedly raise a lot of hackles in his home state.’

‘What is new in The Biggest Prison on Earth is Pappe's detailed accounting of exactly what the Israeli planners were contemplating in 1963; namely, "the largest ever mega-prison for a million and a half people."’

‘Pappe's book is critical for understanding the present situation and looking forward to possible solutions.’

The Biggest Prison on Earth

A History of the Occupied Territories