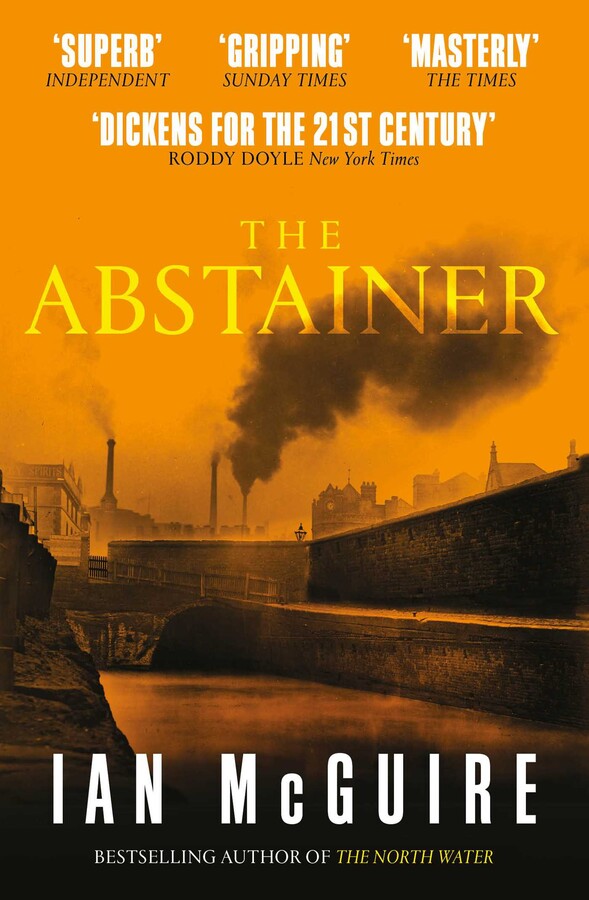 A man hanging on by a thread.
A city about to snap.

From the acclaimed author of The North Water comes an epic story of revenge and obsession.

Two men, haunted by their pasts.
Driven by the need for justice.

Blood begets blood.
In a fight for life and legacy.

Stephen Doyle arrives in Manchester from New York. He is an Irish-American veteran of the Civil War and a member of the Fenians, a secret society intent on ending British rule in Ireland, by any means necessary. Now he has come to seek vengeance.

James O'Connor has fled grief and drink in Dublin for a sober start in Manchester as Head Constable. His mission is to discover and thwart the Fenians’ plans. When his long-lost nephew arrives on his doorstep, he never could have foreseen how this would imperil his fragile new life – or how his and Doyle's fates would come to be intertwined.

The rebels will be hanged at dawn, and their brotherhood is already plotting revenge.

Praise for The North Water, longlisted for the Man Booker Prize 2016

‘Brilliant, fast-paced, gripping. A tour de force of narrative tension and a masterful reconstruction of a lost world’ Hilary Mantel

‘Terrific – McGuire’s use of the pitiless, fearsomely beautiful Arctic landscape as a theatre for enduring questions is inspired’ Daily Mail

'Unforgettable... McGuire's portrait of two men locked in a grisly, vengeful dance with each other is masterly'  The Times

‘The book is written with the vividness and economy of a screenplay, unfolding through a series of sharply observed scenes full of cliffhangers, misdirection and reverses. Its lovely, rhythmic prose evokes the stinks of the Victorian city, its factories, rat-baiting arenas and slaughterhouses. […] McGuire does everything well: evoking the pungent atmosphere of a teeming industrial city, recreating the period in a way that resonates with our own time without seeming preachy, and writing sharp dialogue that crackles with subtext’  Guardian

'McGuire once again crafts compelling and disturbing fiction, rich with atmosphere and carried firmly by a galloping plot'  New Statesman

'The blend of politics, personal tragedy and revenge is moreishly compelling. The book’s powerful setting is almost a character in itself... The physical world that [McGuire] imagines assails the reader’s senses: the stink of a tannery, the clangour of factory bells and the way O’Connor’s grief drives him to a ruthlessness beyond his nature'  The Economist

'The Abstainer tells a story of people trapped by class, a simmering revolution, and their own frailty, but it’s ultimately a very human and compelling novel that gives us a clear glimpse into the hearts and souls of its characters. McGuire is a writer who isn’t afraid to take risks and change course from his previous books.'  Philipp Meyer, author of The Son

‘The Abstainer is truly terrific – a can't-put-down book. It's no less than a tight 'n spare 'n suspense-filled noir novel, masterfully set in 1860s Britain and America. And like all superb historical novels, it seems as modern and as contemporary as this morning.’  Richard Ford

‘McGuire has crafted a riveting tale of violence and retribution against the backdrop of the 1860s Fenian rebellion – precursor to the Troubles and one of those rich historical incidents you learn about and wonder, Why didn't I know about this before? He has a keen sense of how to mix precise local details with transcendent global themes.’  Michael Punke, Author of The Revenant

'This is Dickens in the present tense, Dickens for the twenty-first century.'  Roddy Doyle, New York Times Book Review

'The Abstainer succeeds in keeping the reader tense and uneasy, much like the polluted, portentous air hanging over Manchester. The brooding and lyrically written cat-and-mouse narrative of Doyle and O’Connor is excellent. If the reader is looking for a taut tale exploring the brutal vagaries of men’s hearts, The Abstainer is a provocative novel that invites further discovery of a troubled time.'  Historical Novels Review

'O’Connor’s showdown with Stephen Doyle delivers a gut-wrenching finale that will leave readers hoping desperately that McGuire (The North Water, 2016) has an O’Connor prequel in the works. O’Connor’s palpable alienation and the subtly drawn comparisons between the Irish insurgency and America’s then-recent civil war create layers of depth in this exceptional period thriller.'  Booklist

'[A] taut, atmospheric tale... McGuire demonstrates a mastery of classic realism. [This] crackling work is one to savour.'  Publishers Weekly