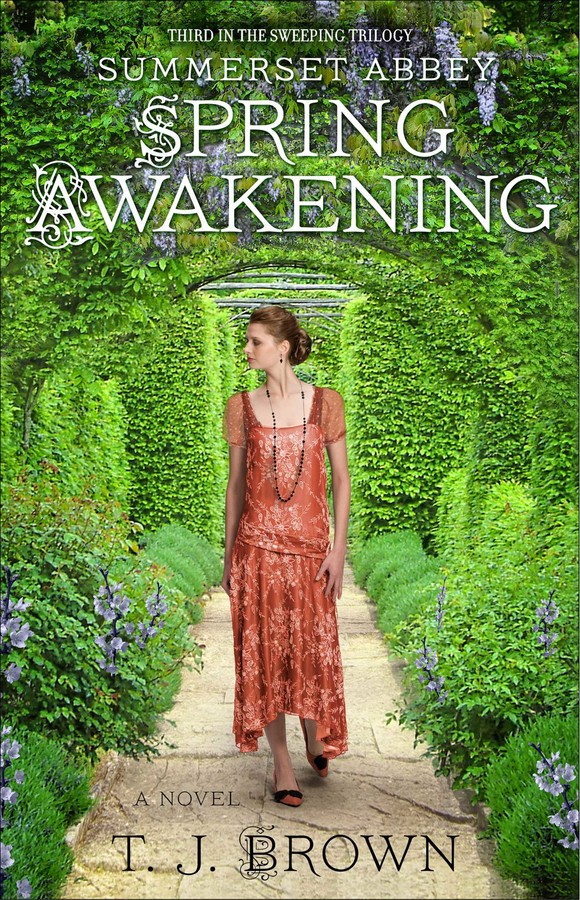 The thrilling conclusion to the evocative Summerset Abbey series, featuring two sisters and their maid as they navigate an uncertain world in the midst of World War I.

The laughter of summer lawn parties fades for the men and women of Summerset Abbey, as the rumble of cannon-fire sweeps across Europe. In a changing world, they soon find that only one thing is certain: none of them will ever be the same.

Rowena Buxton
The female pilot’s upcoming wedding to Sebastian Billingsly is the talk of soci­ety. Rowena loves her kind, handsome fiancé, but memories of a dangerously passionate affair with a dashing flier still stir her heart. . . . Accepting a daring mission transporting British planes, she encounters the man whose touch sent her reeling—and whose return into her life may have disastrous consequences for her and Sebastian’s future.

Victoria Buxton
The defiant suffragette raises eyebrows once again by living on her own in London as a lady bachelor. Kit Kittredge is the one man who understands and adores Victoria’s fiery spirit—but she rebuffs her best friend’s offer of marriage time and again, choosing to join the war effort as a volunteer nurse. And on the battlefields of France, she will learn the true meaning of love and sacrifice.

Prudence Tate
After a stinging betrayal at Summerset Abbey, Prudence has found love and contentment in working-class Camden Town as Mrs. Andrew Wilkes. But when Andrew enlists, everything that Pru cherishes is at risk—and she crosses a line attempting to protect him. Has she irreparably damaged their loving bond of trust?

By clicking 'Sign me up' I acknowledge that I have read and agree to the privacy policy and terms of use, and the transfer of my personal data to the United States, where the privacy laws may be different than those in my country of residence.
This reading group guide for Summerset Abbey: Spring Awakening includes an introduction, discussion questions, and ideas for enhancing your book club. The suggested questions are intended to help your reading group find new and interesting angles and topics for your discussion. We hope that these ideas will enrich your conversation and increase your enjoyment of the book.

Sisters Rowena and Victoria Buxton and Prudence Tate, who was raised as their sister, are all trying to understand where they fit in their newly reshaped family and in Edwardian England when World War I breaks out and changes everything. Prudence’s husband, Andrew, is shipped off to war just weeks before she discovers she’s pregnant with their first child; Rowena accepts a daring mission transporting planes for the British government as a female pilot and crosses paths with a former lover who makes her question her engagement to Sebastian; Victoria is pushed to her limits when she’s sent to an active combat zone in France as a volunteer nurse—and when she realizes she’s made a terrible mistake in sending Kit away. Their independent spirits are tested and their lives changed as war alters everything they thought they knew about life . . . and about love.

1. Has anyone in your group read the two previous novels in the Summerset Abbey series? Is there anyone who has not? Did you find it easy to follow the story without the first two books for context? How does it enrich the experience to have read them? Discuss how the reading experience changes when you are reading a part of a series.

2. When Rowena is waiting for Sebastian in Brighton, she wanders into a bookstore, thinking that “losing herself in a book would be a welcome distraction.” (p. 119) Have you ever felt that way about reading? What is it that drives you to read? What role do books play in the characters’ lives, especially given the lines from literature they quote throughout the story?

3. “This is way it had always been done and the way it will always be done,” (p. 191) Elaine says of the Christmas giftgiving at Summerset Abbey. How do you see this reverence for tradition in other areas of the characters’ lives? Is what ways is this changing in the timeframe of the story, and why? Do you see any of the characters successfully breaking free from tradition? Are there ways they choose not to?

4. How do the different settings for this story enhance and even define what occurs in them? Think about how scenes set at the different locales—Summerset Abbey, Victoria’s single-girl London flat, Prudence’s small city apartment, Brighton—are influenced by the rooms and worlds in which they take place. How does the absence of the Mayfair House loom over the characters and their actions?

5. In many stories about war, the men go off to fight while the women stay home and keep the home front running. That model is upended here—Rowena flies war planes and even faces down enemy aircraft, while Victoria heads to the front to nurse the wounded. In what other ways do the characters defy our expectations in this story? What do you think the author’s intentions were in writing nontraditional roles for her characters? Is it effective?

6. “She’d proven her worth and her skill and yet she was still being held back because of her sex,” (p. 152) Rowena stews when Mr. Dirkes tells her she can’t fly across the channel. Rowena is not the only character facing discrimination because she is a woman, though. What roadblocks do the other characters face? How do they react?

7. Do you think the men in this story are limited by the roles they are approved to play, much as the women are? Almost all of the young men in the story join the war effort. How many of them do you think chose that role, and which were conscripted into service because that was what they felt they had to join up? How much freedom do any of the characters—male or female—really have over their lives?

8. Rowena likes flying because, “up here she was in control of her own destiny.” (p. 80) But is she? She is reliant not only on having the aircraft available to her—the plane her uncle bought for her; the planes Mr. Dirkes allows her to fly—but also the functioning of that equipment and the weather, both of which are out of her control. Do you think Rowena is deluding herself? Or do you think she is grasping at the small bits of power she is allowed to have? In what ways do we sometimes keep from admitting the whole truth about our motives?

9. “I would very much like to marry you, as long as we would be equal partners and you would give me equal say, no matter what the conventional mandates of marriage would imply,” (p. 266) Victoria tells Kit. As readers, we love her strong, spunky view of the institution. But her idea of marriage seems to reflect modern attitudes. Do they seem at all anachronistic to you? Does it matter to you if they are? How much do we necessarily read our values into a text, and how do you think that changes our understanding of a character?

10. In light of the feminist themes throughout the book, what do you make of the fact that everyone assumed Prudence’s baby would be a boy?

11. Rowena admits she will always love passionate, volatile Jonathan, even as she falls for and prepares to marry steady, strong Sebastian. Which man do you think she ultimately loved more? Which do you find more appealing, and why?

12. What do make of the title Spring Awakening? How do you see themes found in imagery of spring—new life, blooming, resurrection—throughout this story? Do you see awakening as an apt illustration for what happens to Victoria, Rowena, and Prudence? The book shares its title with a controversial play and also echoes the title of Kate Chopin’s novel The Awakening, both of which focus on themes of transgression. Do you see any echoes of that in this story?

13. By the end of the book, Rowena is married to Sebastian, Victoria is engaged to Kit, and Prudence and Andrew are married and have a baby. Through the course of the series—and, in fact, through the course of this book—each pair took a roundabout road toward love. Which sister do you think is the happiest with her choices by the end, especially as they relate to marriage?

14. Despite the modern ideas about marriage and family threaded through the story, this book ends with all three sisters married or on the road to marriage. Do you think it could have ended any other way? Would you have been disappointed if it did? What makes it so satisfying to us to see the characters fall in love? Do you believe that readers always want a happy ending, and if so, what do you think it says about our desires?

1. If you haven’t read the previous books in this series, Summerset Abbey and Summerset Abbey: A Bloom in Winter, read them, or check out the book pages on Simon and Schuster.com (where you can read summaries, reviews, and excerpts): http://books.simonandschuster.com/Summerset-Abbey/T-J-Brown /9781451698985
http://books.simonandschuster.com/Summerset-Abbey-A-Bloom-in -Winter/T-J-Brown/9781451699050

2. Both Rowena and Victoria help directly in the war effort in this book. Women often have been more involved in war than many people realize, and women’s roles in fighting wars has often gone overlooked. There have been several excellent movies about women and their role in war efforts, including V for Victory: Women at War (1988), about women in World War II, and Lioness (2008), about a group of women sent into combat in Iraq. Together, watch one of these films and discuss. Do you think women’s contributions to wars and roles in military life have become more accepted since World War I? Why or why not?

3. Prudence, a notoriously bad cook, is instructed to bring a premade plum pudding to her Christmas gathering. A traditional plum pudding does require some work, but it is a traditional English treat that your whole book club will enjoy. One member of your group can start making the puddings a few days ahead of time, and then, when you all get together, do the last few steps together. You can find a recipe here: http://www.epicurious.com/recipes/food/views/Superb-English -Plum-Pudding-20010

4. “The reality of death made me think hard about what’s actually worth fighting for in this world,” (p. 215) Jonathan says as he tried to win back Rowena. In your group, discuss what each member thinks is worth fighting for. Would it take the specter of war to make you stand up and claim them? What is one thing you could purposefully choose to work harder on or toward? Commit to each other to make that a priority. 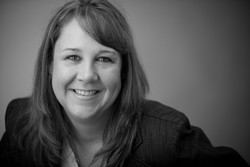 “A solidly entertaining Edwardian novel that will clearly appeal to fans of PBS’s Downton Abbey.”

"[A]n emotional novel that shares the tests of three young women’s strength, principles and loyalty that fans of Downton Abbey would enjoy."