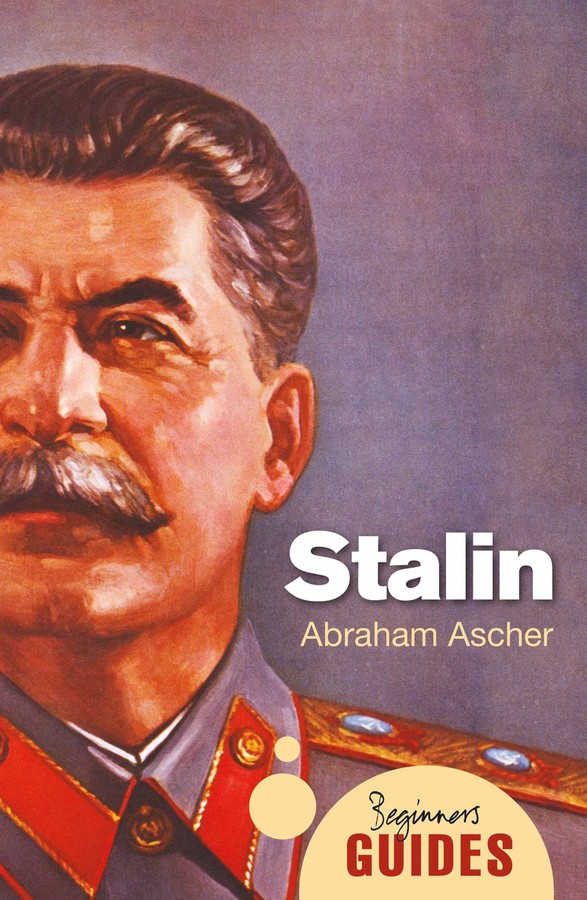 Joseph Stalin began life as a frail child, with an abusive father and an inferiority complex. This triggered an early desire for greatness and respect that would eventually turn the young Bolshevik idealist into one of the most ruthless dictators in modern history.

Like his contemporary, Adolf Hitler, Stalin was responsible for millions of deaths and inflicted barbaric cruelty on the Soviet people. But while Hitler is readily portrayed as a monster, Stalin has not been subjected to quite the same level of vitriol. In Stalin: A Beginner’s Guide, renowned historian Abraham Ascher analyses new and old sources, separating truths from falsehoods to present an unvarnished portrait of the Soviet leader.

Abraham Ascher is Distinguished Professor of History at the Graduate School of the City University of New York. A highly respected scholar, he is the recipient of numerous awards, and the author of seven books and over thirty articles.

"In just under 200 crisply written pages, Abraham Ascher provides a splendid summary of Joseph Stalin's life and a penetrating study of his rule. Ascher gives his readers far more than an accurate account of a turbulent era in Russian history. He sets Stalin in the global scene, supplies sharply defined portraits of his henchmen and victims, and makes a balanced assessment of the scholarly disputes that continue to swirl around the man and his times. This book is a perfect introduction to complicated and fascinating subject."

"In this stimulating book Abraham Ascher provides a first-rate Beginner's Guide to the man who was born into a Russia of the wooden plough but bequeathed it the A-Bomb: to Stalin the man, Stalin the revolutionary, and Stalin the dictator. Written in an engaging style, the book nevertheless tackles the big questions: How and why did Stalin become a revolutionary? How, from a quite lowly rank within a pantheon of brilliant Bolshevik intellectuals, did this rough-hewn, Georgian outsider rise to supreme power in the USSR and fashion it into the world’s second superpower? What is his legacy for contemporary Russia and the world? And why does history still treat him more gently than it has his great rival, Adolf Hitler?"

"Professor Ascher’s book provides a nuanced sense of Stalin’s personality, the environment from which he emerged, his role in the revolution itself, and the political skills that allowed him to concentrate unprecedented political power in his hands. He writes with admirable clarity and renders clear and balanced judgments on a host of complex problems, from Stalin’s sponsorship of collectivization, industrialization, and the purges of the late 1930s to Stalin’s role as wartime leader."