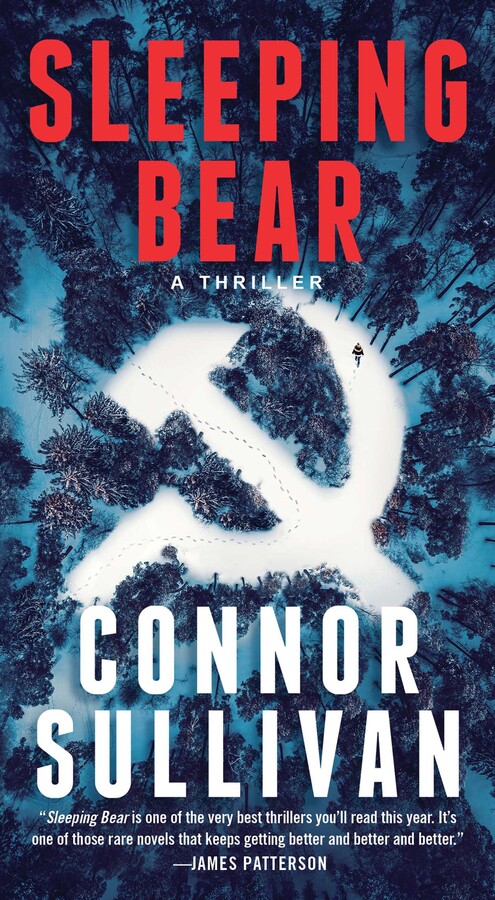 “Sleeping Bear is one of the very best thrillers you’ll read this year. It’s one of those rare novels that keeps getting better and better and better. Remember the author’s name—Connor Sullivan.” —James Patterson, New York Times bestselling author

Perfect for fans of Brad Thor and Vince Flynn, this white-knuckled debut thriller follows a former Army veteran seeking solitude in the Alaskan wilderness after her husband’s death—only to find herself a pawn in a deadly game with Russia.

After her young husband’s untimely death, Army veteran Cassie Gale decides to take a few days of solitude in the Alaska wilderness before she starts her new job. But when she fails to show up on her first day and her dog is discovered injured at her wrecked campsite, her father knows that this is much more than a camping trip gone awry.

As it turns out, Cassie’s not the first person to disappear without a trace in Alaska’s northern interior. Bears. Wolves. Avalanches. Frostbite. Starvation. There are many ways to die in here. But not all disappearances can be explained. Cassie’s is one of them, along with a number of other outdoor enthusiasts who have vanished in recent years.

Regaining consciousness in a Russian prison, Cassie finds herself trapped in a system designed to ensure that no one ever escapes alive. It will require all her grit and skills to survive. Meanwhile, her father rushes to outrun the clock, scouring thousands of acres, only to realize she’s been taken by a far more nefarious adversary—one with the power of the Eastern Bloc behind it. Ties to his past life, one full of secrets, threaten to surface. He knows there’s a price to be paid, but he’s determined it won’t be his daughter. 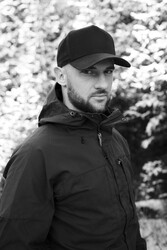 Connor Sullivan attended the University of Southern California, where he was the recipient of the Edward W. Moses Award for Creative Writing. During college, he worked for Warner Brothers reading screenplays before relocating with his family to the Gallatin Valley in Montana. His first novel is Sleeping Bear. Visit his website at ConnorSullivanAuthor.com.

"SLEEPING BEAR clamps you in its jaws and doesn't let go.  A fierce, relentless beast of a novel!"

"SLEEPING BEAR is the best kind of thriller, an ice-water hit to the veins. With enviable talent, Connor Sullivan introduces himself to the book-loving public, earning a spot on the shelf among Brad Thor, Vince Flynn, and Jack Carr. Don’t miss this stunning debut."

"Connor Sullivan's debut, SLEEPING BEAR, is a heart-stopping thrill ride that slingshots the reader from the primeval Alaskan wilderness to the most wretched recesses of a 21st-century Russian gulag. Mind-bending action is non-stop. The heroes are epically heroic. And there's plenty of villains to go around. Thriller fans, you're on notice: there's a new, must-read author in town."

"This is the best first novel I've read in years--a warp speed, super-charged thriller with great characters, vivid Alaskan and Russian settings, and a villain I truly despised."

"Electrifying…Sullivan nails it out of the gate with a story that moves with confidence...This action thriller marks the arrival of a new talent."

“This debut from Sullivan is an absolute pace-setting jaw-dropper from beginning to end.”

“Connor Sullivan’s debut novel SLEEPING BEAR is a tour d’ force, that is a little bit of Richard Connell’s The Most Dangerous Game, and a whole lot of action and thrills.  This book grabs you by the jugular in the opening pages, and keeps you hooked until the final pages.”

“With a cold-war linked narrative that includes unethical-human experiments, relatable heroes, despicable villains and great twists, SLEEPING BEAR is a remarkable debut and an absolute must-read. It’s absolutely a book worth losing a night’s sleep over.  I should know, since I stayed up all night to finish it!”

“Sullivan has created a cast of strong characters in an impossible situation. The reader feels every bit of desperation and fear the characters go through.”

“This book was like a boulder rolling down a hill. The action was not going to stop until it was all over. Sullivan crushed this debut novel.”

“If Jack Carr’s Savage Son, Marc Cameron’s Stone Cross and Nelson DeMille’s The Charm School had a Ménage à Trois on the set of Yellowstone, the result would be a love child named SLEEPING BEAR.”

“The thriller genre has been blessed with a wealth of new talent in recent years and Connor Sullivan is poised to be the breakout star of 2021 with his roaring debut SLEEPING BEAR.”