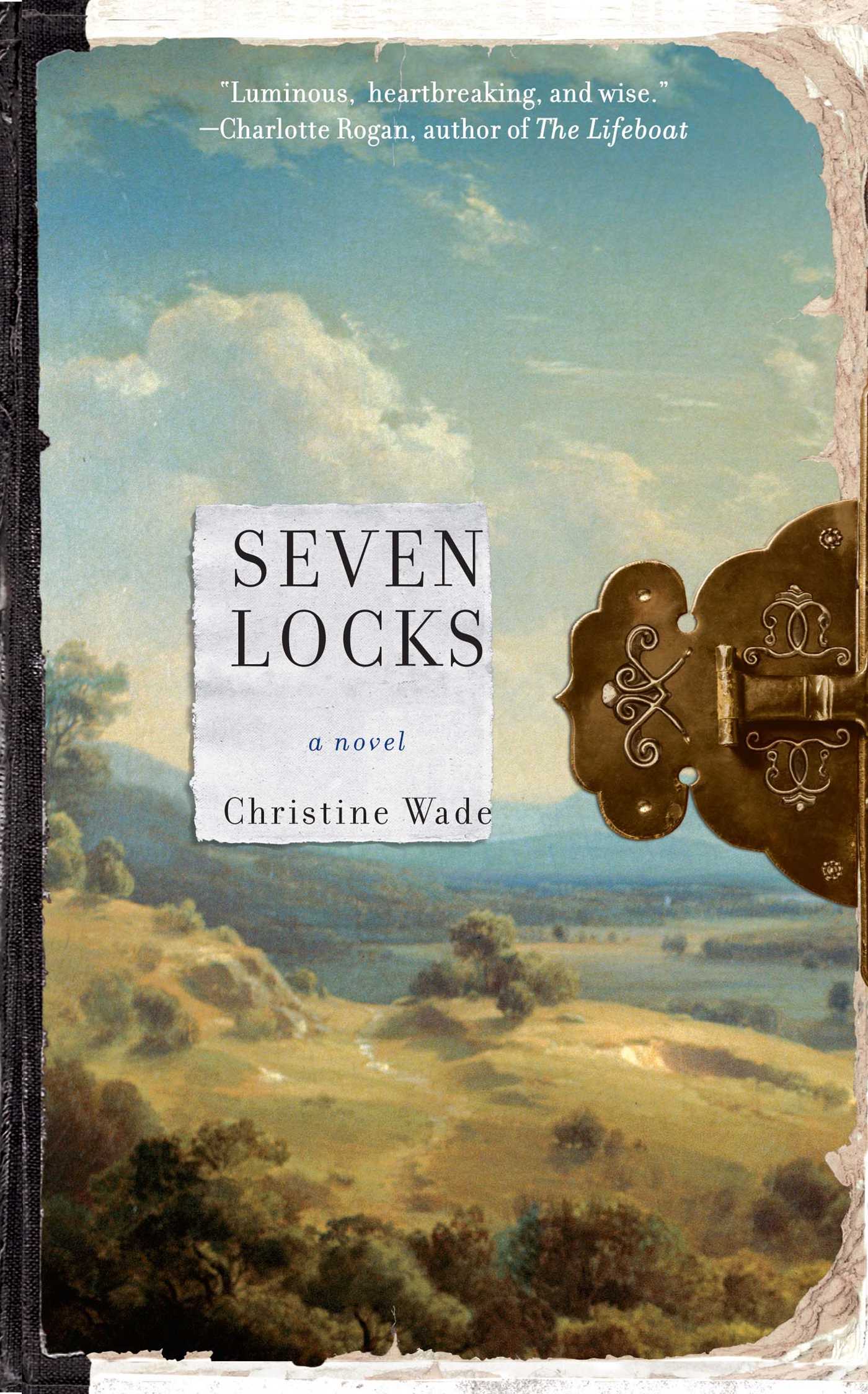 The Hudson River Valley, 1769: A man mysteriously disappears without a trace, abandoning his wife and children on their farm at the foot of the Catskill Mountains. At first many believe that his wife, who has the reputation of being a scold, has driven her husband away, but as the strange circumstances of his disappearance circulate, a darker story unfolds. And as the lines between myth and reality fade in the wilderness, and an American nation struggles to emerge, the lost man’s wife embarks on a desperate journey to find the means to ensure her family’s survival . . .

This reading group guide for Seven Locks includes an introduction, discussion questions, and ideas for enhancing your book club. The suggested questions are intended to help your reading group find new and interesting angles and topics for your discussion. We hope that these ideas will enrich your conversation and increase your enjoyment of the book.

Seven Locks begins in 1769, with the disappearance of a Dutch farmer near what’s now called the Hudson River. After a spat with his wife, he heads toward the mysterious Catskill Mountains with his rifle and his dog and never returns, and she is left to run the farm while raising two small children. The father’s disappearance creates fault lines in the family, as her son blames his mother for his absence and her daughter, Judith, increasingly chafes at the farmwork, preferring to spend time at school or reading on her own. Years go by without the husband’s return, and when the tumult of the Revolutionary War unfolds in the Hudson River Valley, it changes life in the little Dutch village forever. Judith’s brother joins the New York militia and Judith runs away to make a life of her own, which leaves the narrator adrift and alone. When her plans for remarriage fail and her farm is devastated by an army’s raid for supplies, she throws herself in the Hudson River. Rescued by two slaves, she makes her way to New York City. estranged from her brother and his wife and her village neighbors, without children or husband or friends, she bravely boards a ship to start a new life in Amsterdam. After the war Judith returns to the village of her childhood as a woman and a wife, where she tries to make peace with her troubled past. Suddenly her father shows up again in the village, disoriented and claiming to have been asleep for twenty years, raising old questions for Judith: Where has he been? Where is her mother now? Judith philosophically comes to her own conclusions on her own terms about what actually happened to her family, as life in the burgeoning village slides toward the nineteenth century in the newly formed American nation.

1. The title comes from a Dutch proverb: “The future is a book with seven locks.” Discuss the ways in which the proverb informs the structure and themes of the novel.

2. Judith is the only character from the family with a given name. Why do you think the author made this choice? How did the lack of names affect your ability to identify with the characters?

3. How sympathetic did you find the narrator? Were her frustrations with her life justified?

4. How does the novel’s portrayal of the Revolutionary War match up with what you already knew? Did you learn anything new or surprising?

5. There are several layers of fiction and reality meshed together in Seven Locks. The novel treats the historian Diedrich Knickerbocker as if he were an actual person as opposed to the fictional creation of Washington Irving. (Irving actually did this himself, placing advertisements in the newspapers of the day in a pretence of trying to locate the purportedly missing historian.) How well did these layers mesh in Seven Locks? What did they add to the foundation of the story, i.e., an abandoned woman struggling to raise children on her own?

7. over the course of the novel, Judith develops from a child into an intelligent young woman to a world-wise mother, with dramatic shifts in her opinions and understanding. Which view of Judith did you find the most interesting or enjoyable?

8. How did the counterpoint between Judith’s point of view and her mother’s affect your reading experience? Were there other characters’ perspectives you wish you’d had?

9. The narrator is cast by her fellow villagers as, at best, a scold and a nag. How much have stereotypes about wives changed over time? Consider modern-day films, books (such as The Bitch in the House), and television shows.

10. Discuss the role of minorities and women in colonial society, as shown by Susanna and obadiah and by Judith and her mother. In what ways are they valued, and in what ways dismissed? How does the narrator’s quest to get identification papers in New York reveal those values?

11. Judith gradually reaches an understanding of her mother and mourns that they were never reconciled. Do you believe that she would have come to the same conclusions if they’d been reunited?

12. When Judith’s father returns, she is unconvinced of his claim. Her uncertainty and gradual conviction are mirrored in other stories, such as the film The Return of Martin Guerre (a film version of a famous historical case of assumed identity) and the purported return of Cousin Patrick on Downton Abbey. Is it possible to truly know someone even though that person is much changed physically?

13. What did you believe about the husband’s disappearance, before his return to the village? Judith thinks the town’s acceptance of his story upon return is a sign of their nostalgia for pre-war times; do you agree? Why or why not?

14. The epilogue is a cryptic reflection from the narrator. What is she trying to tell the reader?

1. Seven Locks is based on a famous American folktale by Washington Irving . Which one? Read the original story, contained in the collection The Sketch-Book of Geoffrey Crayon, and discuss the resonances and differences of the original and Wade’s interpretation.

2. Judith references Abigail Adams, wife of John Adams and critic of women’s limited rights of the time, especially in regard to lack of access to education. Many collections of Abigail’s letters to her husband exist on these subjects. Bring Abigail’s letters to a meeting and read a few together. How do Adams’ words affect your understanding of the women in Seven Locks? 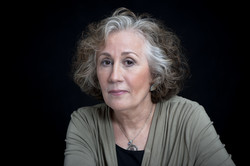 Christine Wade is a researcher with a focus on women’s health care choices and global health traditions. She has worked in Shanghai, Kunming, Hong Kong, and Kuala Lumpur, as well as Verona, Bologna, and Rome. She lives by the Hudson River in New York City and in the Catskill Mountains. Seven Locks won a James Jones Fellowship Prize for an unpublished novel in 2009.

“Seven Locks is luminous, heartbreaking, and wise; a haunting depiction of physical and emotional survival, where truth is recognized too late."

– Charlotte Rogan, author of The Lifeboat

“A beautifully written tale that lives somewhere between landscape and memory, where regret becomes a prison, and a story told often enough becomes truth.”

"Christine Wade vividly recreates life on a Hudson Valley farm in the years before the American Revolution with this fascinating tale of a Dutch woman who struggles to survive with her two children when her husband mysteriously disappears. Lyrical descriptions and graceful narrative pacing will remind readers of Marilynne Robinson."

"The author gives spirited voices to the voiceless from the years just before the American Revolution, with deft, vigorous, and revelatory prose that penetrates the joys and uncertainties of the human heart."

– Regina O'Melveny, author of The Book of Madness and Cures

“A tale both sensitive and clever…This is a remarkably persuasive story that gains power with each turned page to inspire meaningful reflection on the human condition. A poignant blend of the magical, mystical, and factual.