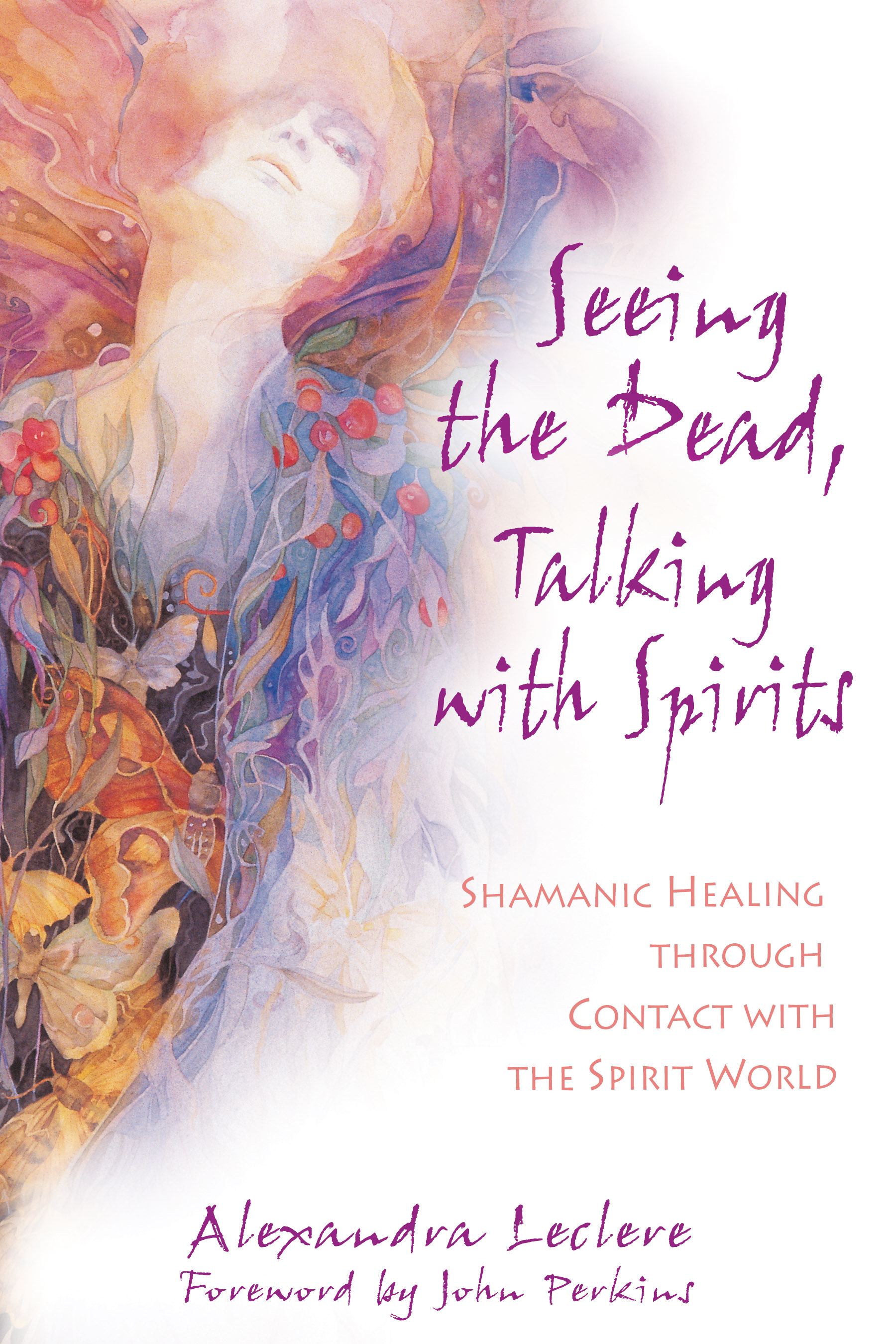 Seeing the Dead, Talking with Spirits

• Shows how to rid our life of the traumas from the past that hinder our spiritual development, including unresolved traumas from past lives

Like many others who have discovered that they have a healing vocation, Alexandra Leclere began meeting with other healers and shamans to learn how to put her gift to use. At one of these gatherings she was shocked to find that she was the only one who could see the spirit of a deceased woman that was being honored there--a sign that marked the beginning of a remarkable adventure that taught her how to use her gift for healing herself and others.

Despite the extraordinary powers of clairsentience and clairvoyance revealed to her through her work with the spirit world, Alexandra Leclere shows that the greatest gift she has received since her shamanic awakening is the ability to experience unconditional joy. Often the pain caused by unresolved psychological traumas from the past--including past lives--is the key obstacle restricting access to the powers offered by the spirits. The first step in healing requires reconnecting with the joy that resides within us. Once this connection has been established, we are all capable of restoring our connection to the spirit world. Alexandra Leclere’s story provides a roadmap for finding our way back.

When she made the appointment over the phone, Beatrice explained that she wanted to find out more about the strange things that were happening to her. She had intuitions and strange dreams. A friend suggested Beatrice call me because of my work with the Spirit World. My initial assessment after our telephone conversation was that Beatrice was “breaking through,” becoming aware of her spiritual self.

As I was driving to the appointment, my spirit guide gave me information about what would happen. I “heard” that I had to remove energy from Beatrice’s heart that was causing her trouble. She had a heart condition that I was going to heal. I was “told” that I would be given instructions about exactly what to do.

As I drove up to The Oaks, where I had my office, I enjoyed the magnificent view over Long Island Sound. The trees made a collage of greens as the sound of waves softly kissing the shore drifted toward me.

When I walked into my small corner office, the sunlight greeted me through the mansion’s windows. One window is round; the other is rectangular. In the middle of the room two chairs faced each other and a small mattress lay on the floor.

Beatrice arrived. She sat in one of the two chairs while I walked around the room with an abalone shell that carried burning sage from South Dakota. In her forties, Beatrice looked very chic, her short hair cut at an attractive angle and her coordinated sweater and skirt both made from cashmere. Her happy smile completed the picture of an upscale woman.

I went to the window and said the Lord’s Prayer and then a private prayer to the Creator. My instructions became clearer. Sitting across from Beatrice, I was to reach forward when I got the signal, pull out something from her heart, and throw it out the window.

I calmly put an offering of tobacco on the windowsill. I sat down across from Beatrice, who was chatting cheerfully about nothing important, making small talk. She looked to be the picture of health.

“Why did you want to see me?” I asked quietly.

“I feel so confused. I haven’t been very happy. Strange things have been happening. I just haven’t been myself for almost two years now. I don’t know what to do. Oh, my poor husband, and my children,” Beatrice began to sob. Her whole demeanor changed.

“Is there something wrong with your family?” I asked gently.

“No, they’re fine! It’s me. I don’t know what to do,” Beatrice continued sobbing.

I “heard” from the Spirit World that I needed to reach forward now, grab the “something” from her chest, and throw it out the window. As Beatrice sobbed harder, I saw a hideous shape form on her chest; it grew larger as she sobbed more.

“Don’t be afraid. I’m going to grab something in front of your chest,” I said quietly. I reached forward and grabbed the something and threw it out the window.

“How did you know I had developed a heart problem? A cardiologist is monitoring me. Over the past two years it has gotten worse and worse,” Beatrice told me.

“I think your heart problem is over now,” I informed Beatrice.

Then I invited Beatrice to lie down on the mattress. I sat next to her on the floor. She closed her eyes and relaxed as I guided her meditation. The words that I spoke to her were words that I “heard” and was repeating out loud. I “saw” a six-year-old child.

“Do you see anything in your mind’s eye?” I asked Beatrice.

“I see a little girl. I think she’s six years old,” Beatrice said. She described the little girl I “saw.” Guiding Beatrice, I helped her connect with this happy child who was full of love and wonder. This child was her younger self. Beatrice had lost touch with the love in herself for herself and others. Sometime during the guided meditation, when Beatrice was feeling full of love, I saw some dark energies rise off her body. I waved them away from her with my hands. I never touched her.

The session ended, and Beatrice slowly sat up. She felt elated but a bit dizzy. Beatrice left feeling calm and happy.

Alexandra Leclere was the president of an international television production and multimedia firm for more than 17 years before discovering her shamanic vocation. She works internationally with clients, and she gives sessions at the Oaks Healing Center in New Rochelle, New York.

“An exciting personal account of an apprenticeship with the spirits. Alexandra Leclere is wonderfully candid about how to avoid teachers who take our power away, to practice discernment in dealing with psychic energies, and to walk between the worlds in balance and with humor.”

– Robert Moss, author of The Dreamer’s Book of the Dead and Dreamways of the Iroquois

"Leclere’s experiences in the paranormal probably won’t raise the hairs on your arm, but her relationships with men--an annoying husband and a hulking, manipulative, self-declared shamanic healer from the Adirondacks--definitely will. It’s a cautionary tale with a happy ending because Leclere got smart. Her difficult experiences led her to profound growth, self-regard, and joy in living."

"A remarkable book. . . . In a stunning analysis, [Leclere] shows how every individual is capable of becoming clairvoyant. . . . This book is a sure winner for your paranormal library, and one you might suggest to your local librarian to place in the public library. Topnotch writing, topnotch reading, and topnotch enjoyment best describe this memorable book."

“. . . a remarkable personal odyssey into the world of shamanic healing.”

"Alexandra asserts that we can all develop healing and shamanistic skills. It is a matter of right attitude, intent, belief, and love for the self and others. Recommended for budding as well as practicing shamans."

Seeing the Dead, Talking with Spirits