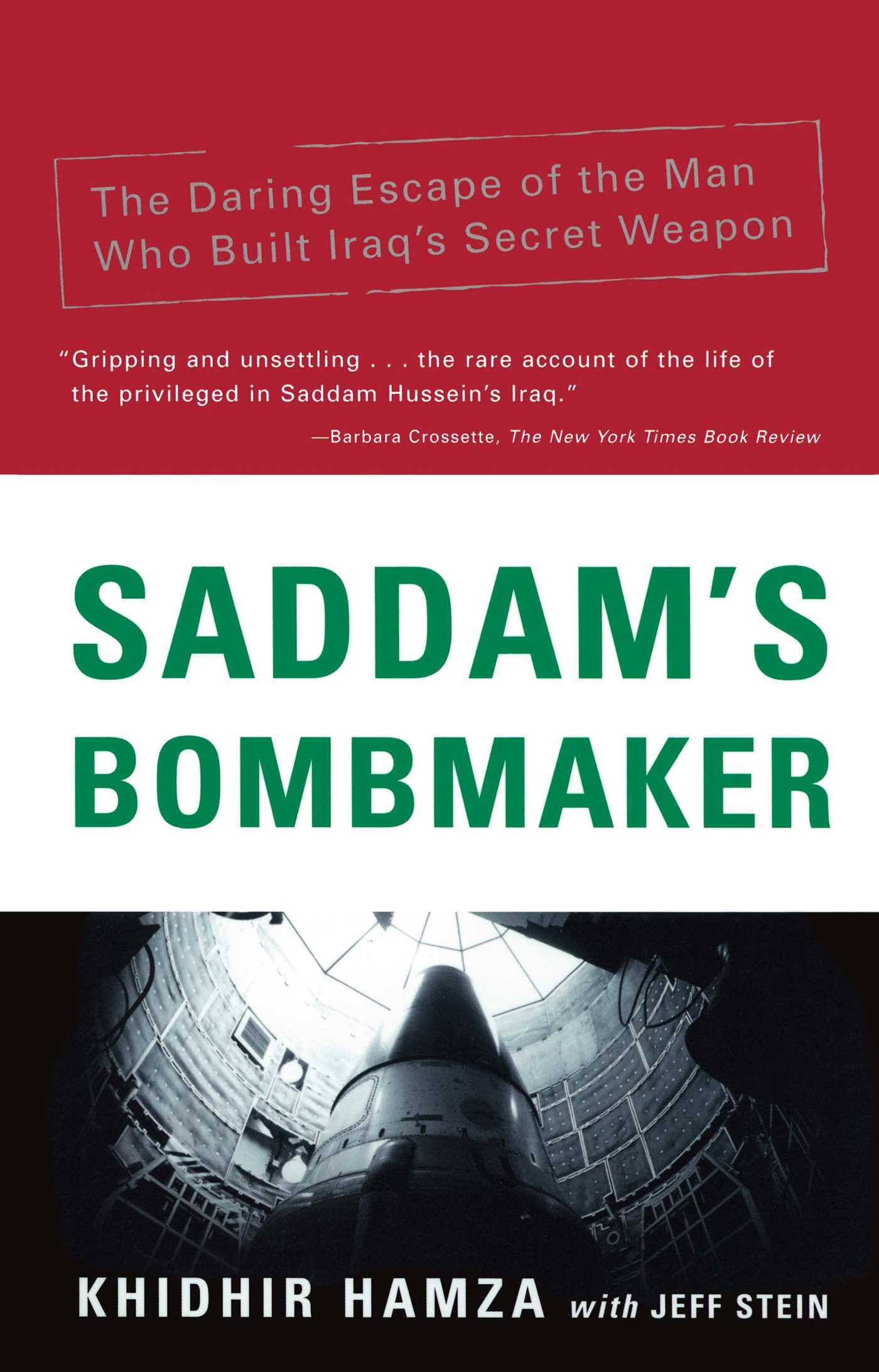 The Terrifiying Inside Story of the Iraqi Nuclear and Biological Weapons

The Iraqi scientist who designed Baghdad's nuclear bomb tells how he did it in secret with the cynical help of U.S., French, German, and British suppliers and experts, and kept it hidden from U.N. inspectors after the Gulf War. Today, he says, Saddam Hussein is only months away from making a workable bomb and has every intention of using it.
Don't tell me about the law. The law is anything I write on a scrap of paper."
­­Saddam Hussein

In 1994, after twenty years developing Iraq's atomic weapon, Dr. Khidhir Hamza made a daring escape to warn the CIA of Saddam's nuclear ambitions...only to be ridiculed and turned away! After a harrowing journey across three continents with Iraqi agents on his trail, Hamza finally came in from the cold at the U.S. embassy in Hungary. Now he tells a frightening story that U.S. officials have finally come to believe: that Saddam is still feverishly at work on the bomb and, if pushed to the wall, will use it.
Dr. Hamza also presents a startling, unprecedented portrait of Saddam himself ­­ his drunken rages, his women, his fear of germs, and his cold-blooded murder of underlings. A former resident of the presidential palace, Hamza is the only defector who has lived to write a firsthand, intimate portrait of the Iraqi inner circle, its spies and hit men, and their brutal chief.
Saddam's Bombmaker is also a saga of one man's journey through the circles of hell. Educated at MIT and Florida State University, dedicated to a life of peaceful teaching in America, Dr. Hamza relates how the regime ordered him home, seduced him into a pampered life as an atomic energy official, and forced him to design a bomb. The price of refusal was torture.
As the father of the Iraqi bomb, Dr. Hamza designed a device from scratch with the help of World War Two­era blueprints from America's Los Alamos labs, all the while planning an escape. Privately, he and his colleagues believed they could procrastinate long enough to outlive Saddam. But the dictator outmaneuvered them, whipping the scientists into a crash program to build a crude bomb that could be dropped on Israel. Had U.S. and Allied forces not quickly mobilized for Desert Storm, Dr. Hamza relates, Saddam may well have succeeded; except for sufficient uranium, the device was ready. It still is.
Dr. Hamza's tale of his escape, his first bungled contact with CIA agents, and his flight abroad will keep readers turning pages toward a climax worthy of a well-crafted spy thriller.
Along the way, he reveals:


Saddam's Bombmaker is not only a shocking political and scientific exposé -- it is a riveting adventure tale.
Jeff Stein
Khidhir Hamza

Barbara Crossette The New York Times Book Review Gripping and unsettling...the rare account of the life of the privileged in Saddam Hussein's Iraq.

William E. Odom The Washington Post Written in an easy journalistic style...not only stranger but frequently bloodier than fiction.

John Dinges author of Assassination on Embassy Row A true spy adventure that rivals The Great Escape. The story of one man's terrible secret, his conscience, and his drive to avert what would have been one of the century's epic crimes.

Publishers Weekly, starred review Hamza indicts Iraq under Saddam, painting a detailed and convincing portrait of what it's like to live in a country under a violent dictator. Of the broadest interest to a wide spectrum of readers concerned about the fate of the world in the nuclear age.

The Terrifiying Inside Story of the Iraqi Nuclear and Biological Weapons