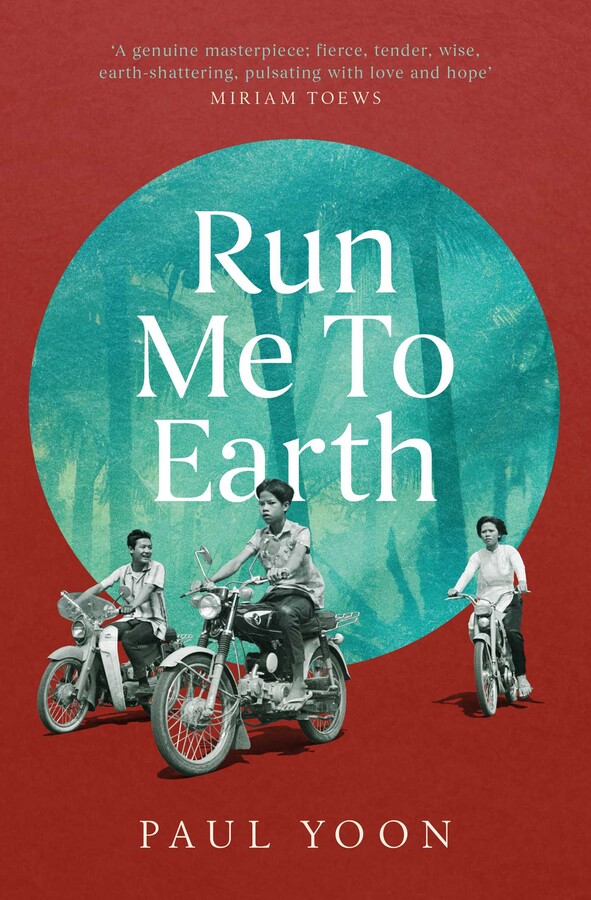 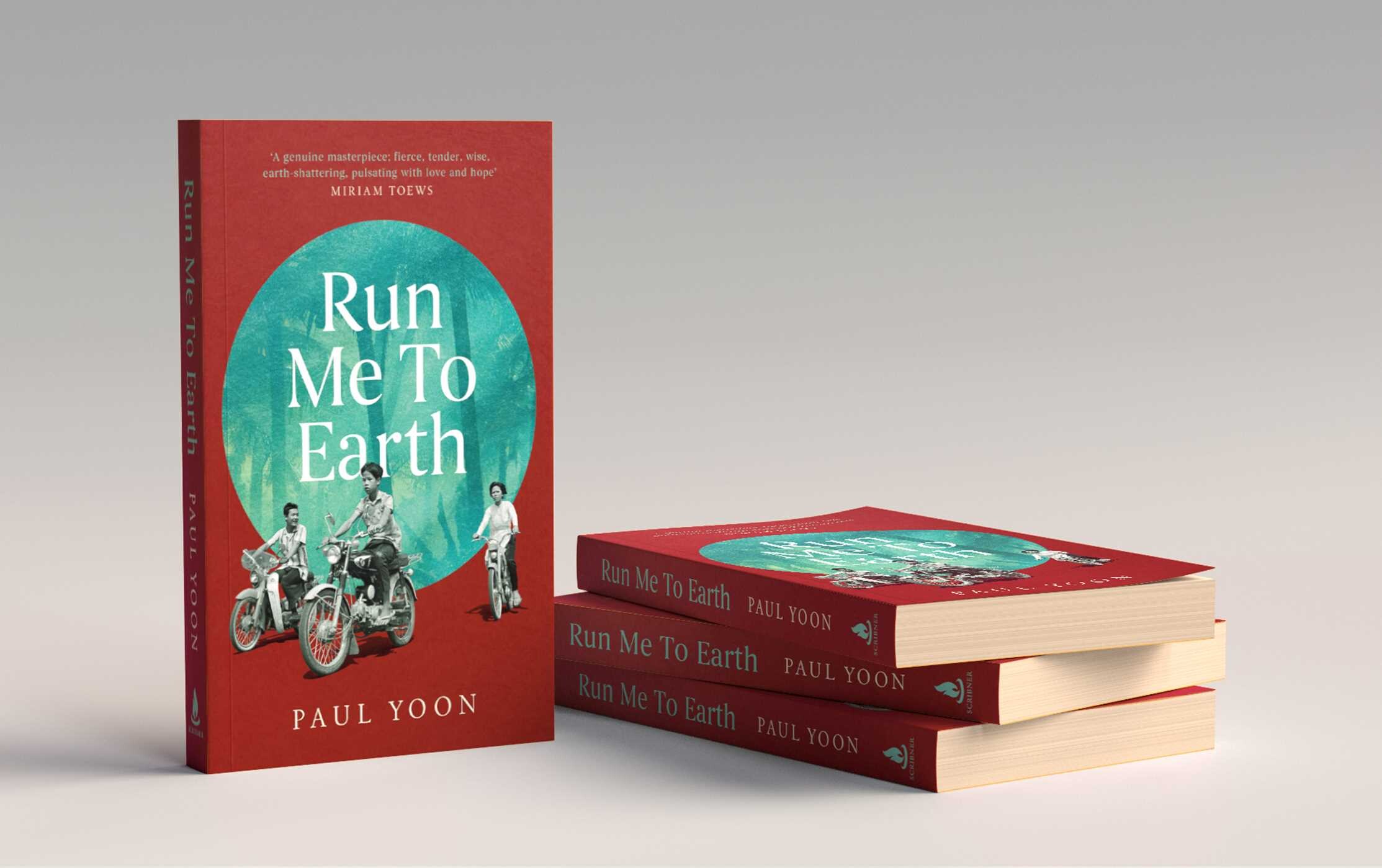 Run Me to Earth

From award-winning author Paul Yoon comes a beautiful, aching novel about three kids orphaned in 1960s Laos—and how their destinies are entwined across decades, anointed by Hernan Diaz as, “one of those rare novels that stays with us to become a standard with which we measure other books.”

Alisak, Prany, and Noi—three orphans united by devastating loss—must do what is necessary to survive the perilous landscape of 1960s Laos. When they take shelter in a bombed out field hospital, they meet Vang, a doctor dedicated to helping the wounded at all costs. Soon the teens are serving as motorcycle couriers, delicately navigating their bikes across the fields filled with unexploded bombs, beneath the indiscriminate barrage from the sky.

In a world where the landscape and the roads have turned into an ocean of bombs, we follow their grueling days of rescuing civilians and searching for medical supplies, until Vang secures their evacuation on the last helicopters leaving the country. It’s a move with irrevocable consequences—and sets them on disparate and treacherous paths across the world.

Spanning decades and magically weaving together storylines laced with beauty and cruelty, Paul Yoon crafts a gorgeous story that is a breathtaking historical feat and a fierce study of the powers of hope, perseverance, and grace.

“If you truly believe in the transformative power of literature then you must read this book. Run Me to Earth is a genuine masterpiece; fierce, tender, wise, earth-shattering, pulsating with love and hope.”—MIRIAM TOEWS, author of Women Talking

“With Run Me to Earth, Paul Yoon proves, yet again, that he is a master at finding depth of emotion in formal restraint and discovering the timeless core in the most urgent issues of our day. This is one of those rare novels that stays with us to become, over the years, a standard with which we measure other books.”—HERNAN DIAZ, author of In the Distance, finalist for the Pulitzer Prize 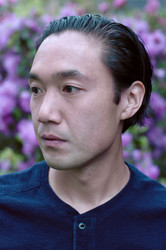 Paul Yoon is the author of two story collections, Once the Shore, which was a New York Times Notable Book, and The Mountain, which was a NPR Best Book of the Year. His novel Snow Hunters won the Young Lions Fiction Award. A recipient of fellowships from the New York Public Library’s Cullman Center for Writers and Scholars and the National Endowment for the Arts, he lives in Sanford, Florida, with his wife, the fiction writer Laura van den Berg, and their dog, Oscar.

‘Haunting . . . Run Me to Earth is a beautiful, understated novel which jumps backwards and forwards in time and perspective. Told by a range of narrators, some of whom stand at a slight angle to the main characters, it has a fractured, abstracted feel which mirrors the dissociation caused by early trauma . . . His writing may be restrained, but it is not lacking in lyricism or insight’

‘Yoon’s style is spare and subtle; some of his most powerful descriptions are of absences . . . There is no melodrama here, despite the intensity of the trauma . . . a humane corrective to those murderous abstractions’

'Richly layered . . . Throughout the novel, beauty and vio­lence coexist in a universe that seems by turns cruel and won­drous. . . .Yoon has stitched an intense meditation on the devas­tating nature of war and displacement'

'Spellbinding . . . With his panoramic vision of the displacements of war, Yoon reminds us of the people never considered or ac­counted for in the halls of power'

'Yoon’s greatest skill lies in crafting subtle moments that un­derline the strange and specific sadness inherent to trauma . . . As children around the world continue to grow up surrounded by violence and war, authors like Yoon seek to understand how experiencing those horrors shapes the adults they eventually be­come. And in Run Me to Earth, those horrors are scattered like unexploded bombs, waiting to go off at any time'

'If you truly believe in the transformative power of literature then you must read this book. Run Me to Earth is a genuine mas­terpiece: fierce, tender, wise, earth-shattering, pulsating with love and hope'

'With Run Me to Earth, Paul Yoon proves, yet again, that he is a master at finding depth of emotion in formal restraint and dis­covering the timeless core in the most urgent issues of our day. This is one of those rare novels that stays with us to become, over the years, a standard with which we measure other books'

– Hernan Diaz, author of In the Distance, finalist for the Pulitzer Prize

'[A] gorgeous book about the bonds of friendship and the ruptures of war. Even more significantly, in telling the sto­ries of a trio of Laotian teens, it inverts and reorients the American war story . . . Yoon is a master of subtle storytell­ing often leaving powerful emotions unexpressed, violent acts undetailed'

'This story of three Laotian orphans making their way through their war-torn world in the 1960s asks important questions about what it means to feel safe, and to call a place home'

'In another life, Yoon (The Mountain, 2017, etc.) might have been a sculptor, carving the excess off his creations until they’re perfect. In this decades-spanning examination of the survival of three orphans with the bad luck to have been born into the ruins of a battlefield, he’s stretching his abilities while still writing with deliberate, almost vigilant care . . . Yoon’s imaginative prose and affection for his characters make the story larger than a look at the ways people survive . . . Another masterpiece in miniature about the unpredictable directions a life can take'

'[A] sparely written gem . . . Yoon masterfully weaves their divergent story lines, unveiling the different trajectories of their lives. . . . [A] finely wrought tale about courage and endurance'

Run Me to Earth