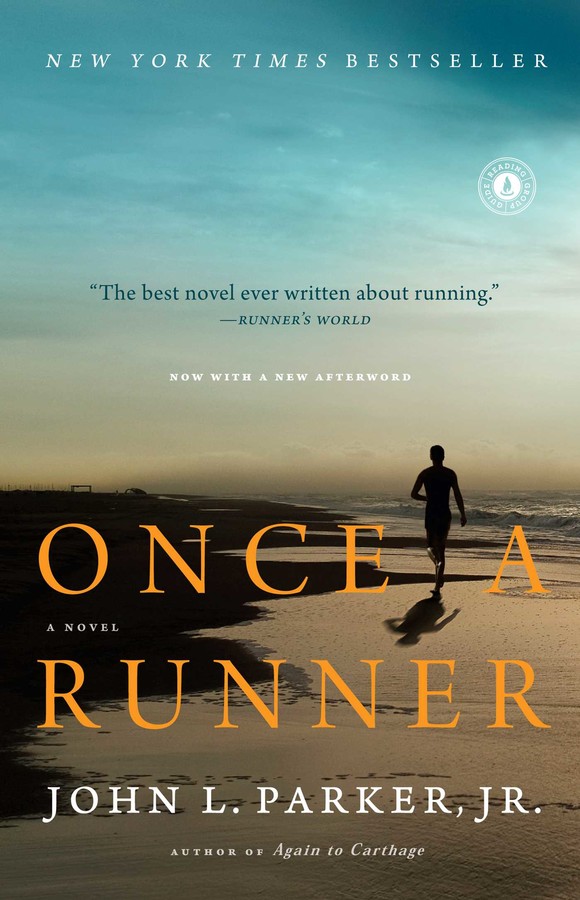 The undisputed classic of running novels and one of the most beloved sports books ever published, Once a Runner tells the story of an athlete’s dreams amid the turmoil of the 60s and the Vietnam war.

Inspired by the author’s experience as a collegiate champion, the novel follows Quenton Cassidy, a competitive runner at fictional Southeastern University whose lifelong dream is to run a four-minute mile. He is less than a second away when the turmoil of the Vietnam War era intrudes into the staid recesses of his school’s athletic department. After he becomes involved in an athletes’ protest, Cassidy is suspended from his track team. Under the tutelage of his friend and mentor, Bruce Denton, a graduate student and former Olympic gold medalist, Cassidy gives up his scholarship, his girlfriend, and possibly his future to withdraw to a monastic retreat in the countryside and begin training for the race of his life against the greatest miler in history.

A rare insider’s account of the incredibly intense lives of elite distance runners, Once a Runner is an inspiring, funny, and spot-on tale of one individual’s quest to become a champion.

By clicking 'Sign me up' I acknowledge that I have read and agree to the privacy policy and terms of use, and the transfer of my personal data to the United States, where the privacy laws may be different than those in my country of residence.
This reading group guide for Once a Runner includes an introduction, discussion questions, and ideas for enhancing your book club. The suggested questions are intended to help your reading group find new and interesting angles and topics for your discussion. We hope that these ideas will enrich your conversation and increase your enjoyment of the book.

A classic novel and a particular favorite among runners and track teams, Once a Runner is the story of Quenton Cassidy, a collegiate runner who specializes in the mile. When Quenton becomes involved with a petition protesting the athletic department's dress and conduct code, he is suspended from the track team and prohibited from competing in the university's annual track meet.

Following the advice of his Olympian mentor, Bruce Denton, Quenton give up his scholarship, his girlfriend and perhaps his future by taking a monastic retreat in the countryside to train. The seclusion and regimen brings Quenton to the very brink of his physical and mental capacities, but it all seems worth it when Denton suggests a plan that could allow him to compete against the best miler in the world. As a man who actually lived and trained with gold medalists and world record holders, John L. Parker presents a rare, insider's glimpse at the incredibly intense lives of elite distance runners.

1.) "Time reposed in peculiar receptacles; to him the passing of one minute took on all manner of rare meaning" (2). Discuss the theme of subjective time that pervades the novel. How does Quenton manipulate his own conceptions of time in order to master the psychological aspects of training and competing?

2.) The story of "Sidecar Doobey" provides an example of someone whose life took unexpected turns and left unexpected legacies. How does this anecdote inform the overall arch of Quenton's journey?

3.) There are many animal metaphors scattered throughout the novel, along with a deep sense of the earthly history of the act of running. How does this instinctual component of the sport mix with Quenton's pure will and determination? Does his humanness, emotions and intelligence add to or subtract from his pursuits?

4.) The narrator suggests that Jerry Mizner's obsessive-compulsive personality meant that "his mind adapted well to the distance runner's daily toil" while Quenton's spontaneity meant that he must "painfully teach himself the... mentality of a dedicated runner" (29). How does the discussion of nature versus nurture evolve in this context? Do you think Jerry would have needed the disciplinarian environment of a retreat to progress like Quenton?

5.) Quenton is clearly an intelligent student devoted to law and reason. How does this trait clash with the fact that he cannot give a solid justification for his complete dedication to running?

6.) How do the playful dynamics of the team provide a release for the athletes? What does Quenton lose when he leaves it all behind? What does he gain?

7.) Andrea's relationship with Quenton provides an example of an outsider to the running world sincerely trying to understand it. "And suddenly she had seen him from a different perspective: he too looked intimidating. And something very deep inside her stirred as she realized that she was, after all, frightened for him, for this task he had taken upon himself" (265). What has Andrea suddenly understood from this new perspective? Why does it make her frightened?

8.) What is the significance of Quenton's childhood encounter with death? During his recovery he tells his father he saw a bull shark in the water, "When he saw me he acted like he didn't care but he moved over a little to let me pass by. I was so ferocious with my sling, Dad, I wasn't afraid. I laughed because he was going so far in and I knew the hunting was better out near the tip" (190). How did this anecdote make Quenton feel powerful, and how does this feeling of power inform his running?

9.) Bruce Denton plays a huge role in Quenton's progress as a runner. It is clear that he uses his own experiences to help Quenton train mentally and physically. In the end, he sees his own sad smile reflected on Quenton's face. Do you think Quenton and Bruce will share the same emotional fate? Why or why not?

10.) The characters of Coach Doobey and Prigman act as stubborn obstacles for Quenton. Despite their best efforts, Quenton still manages to achieve his goals. How does this justify Quenton's decision to isolate himself from such distractions? How does it portray running as a means to rise above life's distractions?

11.) During Bruce's masochistic interval workout, he says, "This is where you find out. This is the time and place. All the rest is window dressing" (222). When Quenton has finished he says, "It is a very hard thing to have to know" (226). What has he found out? Why is it so difficult to know?

12.) When Quenton remembers Allan, the little boy he encountered while racing, he wonders "what it was about that one" (253), the same thought his own father had about him. What about this child do you think touched Quenton so deeply? How does the fact that the boy was clearly disabled and yet was still able to partially mirror Quenton play into the novel?

13.) The final race of this novel provides an extreme climax to Quenton's training. Why do you think it took a sign of Walton's vulnerability for Quenton to muster the strength to catch him (266)? How does that relate to the bull shark story mentioned earlier? What motivated him in that last fifty yards?

14.) When Quenton returns a silver medalist, he goes back to the track and finally indicates that "there was a very old gnarled tree somewhere he wanted to find" (272). Earlier in the novel, Quenton mentions the tree while waiting for Andrea and thinks, "What does this old fellow care about it all? The strength of the ancient tree somehow soothed his misery" (195). What does this tree represent for Quenton? What does it say about his future outside of training and outside of distances and times?

1.) Runner's World offers an open forum for readers of Once a Runner, read their thoughts and add your own!
http://opensource.runnersworld.com/2009/01/how-has-once-a.html

2.) Start or join a runners group in your area: http://www.coolrunning.com

3.) Enter a race! Look up races of all lengths across the country: http://www.runnersworld.com/cda/racefinder 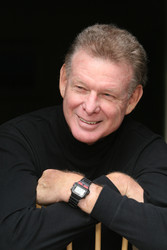 John L. Parker, Jr. has written for Outside, Runner’s World, and numerous other publications. A graduate of the University of Florida’s College of Journalism as well as its College of Law, Parker has been a practicing attorney, a newspaper reporter and columnist, a speechwriter for then Governor Bob Graham, and editorial director of Running Times magazine. The author of Once a Runner, Again to Carthage, and Racing the Rain, he lives in Gainesville, Florida, and Bar Harbor, Maine.

“Part training manual, part religious tract, part love story, and all about running, Once a Runner is so inspiring it could be banned as a performance-enhancing drug.” —Benjamin Cheever, author of Strides

“By far the most accurate fictional portrayal of the world of the serious runner…a marvelous description of the way it really is.” —Kenny Moore, Sports Illustrated

“The best piece of running fiction around. Beg, borrow, or buy a copy, and you’ll never need another motivator.” —Dave Langlais, Runner’s World

"The best novel ever written about running."--Runner's World