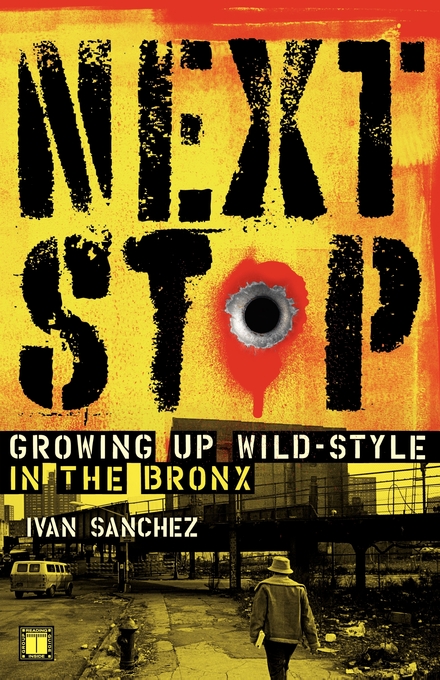 Growing Up Wild-Style in the Bronx

Beyond the safety of New York City's news headlines, Next Stop is a train ride into the heart of the Bronx during the late eighties and early nineties at the height of the crack epidemic, a tumultuous time when hip-hop was born and money-hungry slumlords were burning down apartment buildings with tenants still inside. From one stop to the next, this gritty memoir follows Ivan Sanchez and his crew on their search for identity and an escape from poverty in a stark world where street wars and all-night symphonies of crime and drug-fueled mayhem were as routine as the number 4 train.

In the game, the difference between riches and ruin was either a bullet or a lucky turn away. Almost driven insane by the poverty, despair, and senseless violence, Ivan left it all behind and moved to Virginia, but the grotesque images and voices of the dead continued to haunt him. This book honors the memories of those who died. At times heartbreakingly sad and brutal, Next Stop shares with a whole new generation the insights and hard lessons Ivan learned.

Discussion Points
1. What do the earliest stories Ivan tells about his older brother, William, tell you about their relationship? How does their behavior throughout the book reinforce your early impressions of them? Does the way that Ivan relates to William ever change?
2. Though his father was absent for most of his life, Ivan still identifies himself as taking after him. In what ways does Ivan resemble his father? How are they different?
3. When you think of a "crew," or "thugs," what comes to mind? How do Ivan and his friends hold up to your stereotypes? How do they defy them?
4. Next Stop explores the escalation of violence among poor urban youths living in the Bronx in the late eighties and early nineties, providing a safe window into a terrifyingly dangerous lifestyle. Describe the landscape of New York City, particularly the Bronx, during this period. In what ways is the Kingsbridge crews' world just like that of any American family? In what ways is it different?
5. Ivan states that there weren't any rules in the hood except for one: Don't get caught. How does this maxim affect the development of the boys' moral compass? What other examples are given throughout the memoir of what is morally OK and what isn't?
6. The majority of reported crimes in America, especially in the inner cities, are committed by boys and men. Were you surprised at the role girls and women in this book played in neighborhood rivalries and other acts of violence? Why or why not? Does this knowledge change your perspective on urban crime in any way?
7. Ivan describes his childhood discovery of his father's cocaine habit as a moment of deep resentment and anger. What is it about cocaine that ultimately attracts Ivan, despite the pact he makes with Ray to never use the drug? How often are youths in this memoir influenced negatively by adults? Conversely, identify times when they are inspired by adults to do good.
8. With so little to hold on to, what do these boys feel is worth fighting for? What sort of things can give you a good street reputation? Describe some of the things that Ivan cites as signs of weakness. When is it okay to run away?
9. Guns represent a critical turning point in the way street wars are fought and "beefs" are settled in Kingsbridge during this era. What do the guns symbolize for the residents of the area? What is the significance of the scene on page 16 where P-Funk's mother hands the boys a sawed-off shotgun?
10. In such a tragic life, love is rare and fleeting. How does love transform Ivan? How does it transform the other people in this book? Why do you think this happens?
11. On page 114, Ivan relates how the media referred to the street thugs as "animals." This memoir details many instances of violence or extreme emotional reaction. Identify some of these moments and discuss how they reveal the private struggles of the people involved. What are some of the very human reasons behind the boys' often animalistic actions? Do you sympathize with them at all? Why or why not?
12. What determines loyalty on the streets of Kingsbridge? Consider moments such as that on page 136, where Ivan returns to the neighborhood after escaping a violent fight and the police to find his cousins playing handball, completely unconcerned about his fate. How do such scenes contradict the concept of a crew "always having your back" and the supposed familylike ties between members? What other forces are at work here?
13. In some ways, Next Stop criticizes the media for its haphazard coverage of criminal activity. Discuss some of the instances where Ivan reveals the "other side" of what the media reports (or fails to report). What do you think is responsible for these failures? Do you agree or disagree with Ivan's opinion of the reasons for the skewed news in each case?
14. On page 181, Ivan writes, "I can't and won't excuse the things that Freddie did, but the streets influenced the choices he made. Had Freddie been raised in Westchester County and attended private schools, he would have grown up to be a doctor, a lawyer, or an investment banker." Is this a sufficient explanation for these boys' actions? How much choice do you think people raised in this kind of environment really have?
15. Many authors write memoirs in order to better deal with their painful experiences. In detailing their lives and downfalls, either via jail sentences or death, how has Ivan paid homage to his friends? What clues do you see in Next Stop that reveal how the author has or hasn't been able to come to terms with his difficult past?
Enhance Your Book Club Experience
1. Research the history of the Bronx, from Fort Independence's role in colonial America to the "crack wars" of the late eighties and early nineties. You can start with information and photos at www.bronxhistoricalsociety.org and www.bronxmall.com.
2. As a group or individually, watch the movies Boyz n the Hood, Carlito's Way, or A Bronx Tale to get a cinematic view of what street life has been like for different ethnic groups. Discuss the effects of poverty and education, as well as the influence of race and ethnicity, on youths raised in the environments portrayed in these films.
3. Graffiti, though in essence a defacement of public or private property, is also viewed by many as a unique artistic expression born out of the urban landscapes of inner-city America. But did you know that the earliest forms of graffiti date back to ancient Greece? Learn a little bit about the history of graffiti and its influence on the exposure of the urban experience to mainstream America by checking out books like Subway Art and websites like www.graffiti.org. 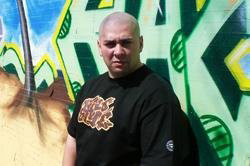 Ivan Sanchez was born in the Bronx, New York City, in 1972. He left the inner city in 1993, and earned an associate's degree in applied science from Virginia's ECPI College of Technology and a bachelor's degree in management from the University of Phoenix. He currently holds a supervisory position with a major manufacturing organization in Virginia Beach, Virginia, and works as a youth advocate and motivational speaker in his spare time.

"It's the raw and brutally honest portrayal of a violent youth who walks through fire in order to find himself." -- Linda Nievez-Powell, author of Free Style

"A harrowing journey told with humor, spirit and wisdom..." -- Henry Chalfant, author of Subway Art/Spraycan Art and the movie StyleWars

"Ivan Sanchez not only encapsulated the essence of the Bronx during that time period, he vivified his characters to the point where you felt like you knew one of the guys from his block. This book is amazing, real and raw!" -- April Lee Hernandez, actress (ER, The View, and Freedom Writers)

"A harrowing journey told with humor, spirit, and wisdom." -- Henry Chalfant, co-author of Subway Art and Spraycan Art and co-director of the movie Style Wars

Growing Up Wild-Style in the Bronx