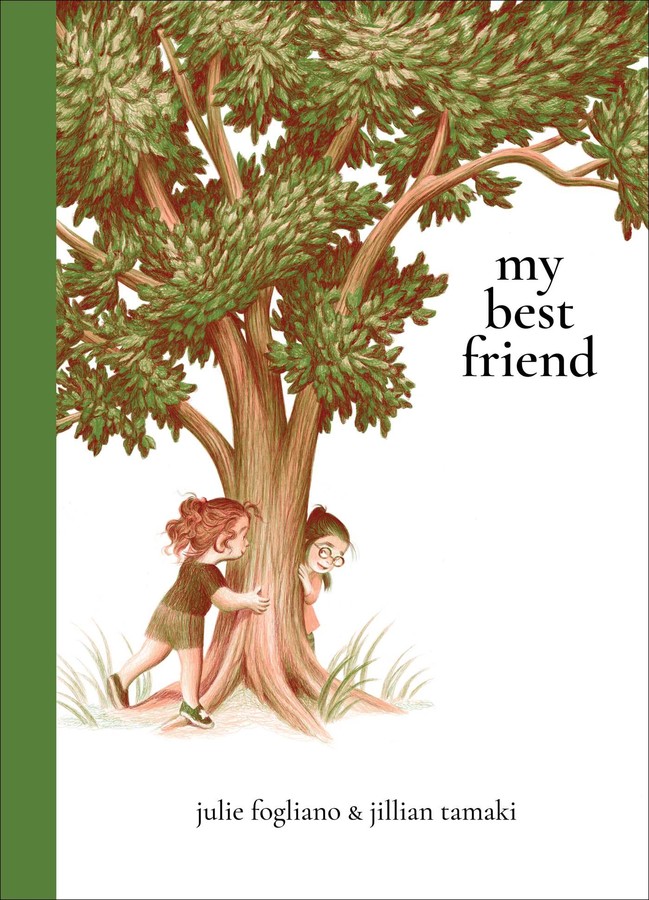 An NPR Best Book of the Year!

she is my best friend i think
i never had a best friend so i’m not sure
but i think she is a really good best friend
because when we were drawing
she drew me
and i drew her.

What is a best friend, if not someone who laughs with you the whole entire day, especially when you pretend to be a pickle? This pitch-perfect picture book is a sweetly earnest, visually stunning celebration of the magic of friendship. 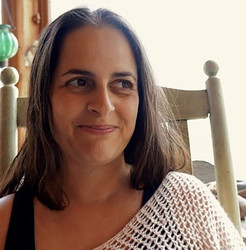 Julie Fogliano is the New York Times bestselling author of And Then It’s Spring and If You Want to See a Whale as well as the poetry collection When Green Becomes Tomatoes and the picture books If I Was the Sunshine, My Best Friend, and When’s My Birthday. Recipient of the 2013 the Ezra Jack Keats award, her books have been translated into more than ten languages. Julie lives in the Hudson Valley with her husband and three children. When she is not folding laundry or wondering what to make for dinner, she is staring out the window waiting for a book idea to fly by. 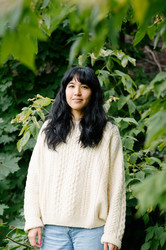 Jillian Tamaki is an illustrator and artist best known for her graphic novels. This One Summer, cocreated with Mariko Tamaki, was awarded a Caldecott Honor, a Printz Honor, and an Eisner Award. She is the author-illustrator of They Say Blue and the illustrator of My Best Friend by Julie Fogliano. Jillian lives in Toronto.

* “Fogliano captures the feeling of giddy infatuation when a child first meets another and feels an instant bond—it’s an early form of falling in love. . . . Rust and olive vignettes by Tamaki burst with energy that seems boundless, and closer inspection reveals elegantly controlled draftsmanship portraying muffled laughter and scribbled chalk lines. Young children have big feelings, and discovering someone their own age who adores them back is an event worth celebrating.”

* “An honest and affectionate representation of the way two kids can just find the same wavelength. . . . Listeners will doubtless want to talk about their own wonderful friendships in response, and those skittish about new situations and people may find this a reassuring reminder that they can be wonderful.”

* "Riveting, dynamic illustrations create the backdrop of this story, presented in the muted hues of sunset. . . . Each line of text sounds like it came from the diary of a young girl, including very few uses of punctuation or capital letters. Paired beautifully with the illustrations, the combination draws readers into the whimsical and exciting moments of a budding new friendship. Children will happily recognize their first experiences with close friendship as they read this book, losing themselves in the emotions that are so aptly captured.”

* “Fogliano has a knack for capturing the emotional tenor of very specific little kid experiences, and her latest, in collaboration with Tamaki, is no different. . . . Tamaki’s masterful grasp of faces and mirthful body language, echoed in the looping, lively movement of the plants and animals in the background, is a captivating complement to Fogliano’s plainspoken but evocative text, and the combination is sure to resonate with anyone who’s ever made a fast friend.”

"Simple, spare text that shifts easily from first to second person weaves the tale of this dynamic pair as they leap and swing through each other's imaginations and discover likes and dislikes, complexities, and nuances that make a friendship solid. . . . Tamaki depicts the girls in soft, round lines rendered in red and green colored pencil, which evokes an emotional resonance through the artwork. A delightful new friendship portrayed in all its emergent, ebullient, and transformative ways."

“With text, color, and line cooperating seamlessly, Fogliano and Tamaki forge a friendship that rings true.”