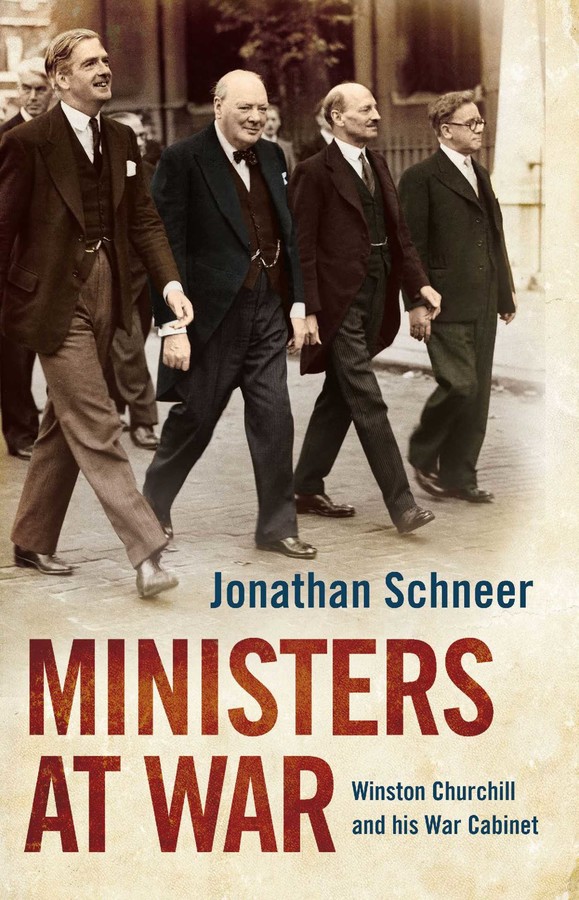 Winston Churchill and his War Cabinet

After the defeat of France in May 1940, only one nation stood between Nazi Germany and total domination of Europe – Britain. This is the gripping story of Winston Churchill’s wartime government, an emergency coalition of Conservatives, Labour, Liberals and men of no party, assembled to see Britain through the war. A chronicle not only of their successful efforts to work together but also of quarrels, power plays, unexpected alliances and intrigue, it is an account of the most important political narrative of our time.

With a cast of characters featuring some of the most famous names in twentieth-century British history, including Bevin, Attlee, Chamberlain, Beaverbrook, Morrison, Eden, Cripps – and of course Winston Churchill – this magisterial work provides a unique view of the inner machinations of Britain’s wartime cabinet. Dispelling that the War Cabinet constituted an unbreakable 'band of brothers', award-winning historian Jonathan Schneer reveals that this ensemble of political titans were in fact a ‘team of rivals’ that included four Prime Ministers – past, present and future.

Both illuminating and engrossing, Ministers at War is the first work to draw upon original research to present a previously unseen perspective of British politics during and after World War II. Schneer shows us that just as the war had kept them together, the prospect of peace saw this supposedly unbreakable band fall apart, thus providing a fascinating insight into the birth of the Welfare State.

‘Very timely.. gripping and a pleasure to read’

‘Lucid and compelling… both scholarly and entertaining’

'A smoothly written and insightful examination of the men who aided Churchill during the years fraught with danger from the Nazi war machine. For most readers, this will be a book that cannot be put down until the last page is reached. An exceptional history on an extremely important topic, which should be acquired by all libraries.'

'A striking look inside the British government during a time when some of the most interesting characters of a challenging era were fighting for both the nation's salvation and their own ambitions. Churchill's role as a wartime leader is well-known from a myriad of histories, but this is one of the best recent treatments of his role as a head of government. Clear, thoroughly entertaining and full of lively detail.'

‘An engrossing account of how Churchill led his ministry during the Second World War, a team of rivals who never forgot politics however great the peril to the nation. Jonathan Schneer treats his larger-than-life subjects with great scholarship and shrewdness.’

'Jonathan Schneer's gripping account of Churchill and the men who worked with him during World War II succeeds in casting new light on a familiar subject. This is popular history at its best.'

‘Like Abraham Lincoln before him, Winston Churchill proved himself a great war leader, as everyone knows. But Jonathan Schneer’s achievement is to show us how Churchill too had to work with “a team of rivals” in his own war cabinet. It is a story told with great assurance and studded with vivid personal detail.’

‘Written with brio and a rich command of the sources, Jonathan Schneer tells the fascinating and comparatively neglected story of Winston Churchill's Grand Coalition Cabinet of Tories, Labour, and Liberals, the political leaders who played crucial roles in winning the war against Hitler. Not surprisingly, they were also from time to time at war against one another and the Prime Minister. Churchill, despite his flaws, still emerges as the hero essential for the saving of Britain and her allies. This is a deeply insightful and important contribution to the understanding of the most important event of the twentieth century.’

Winston Churchill and his War Cabinet