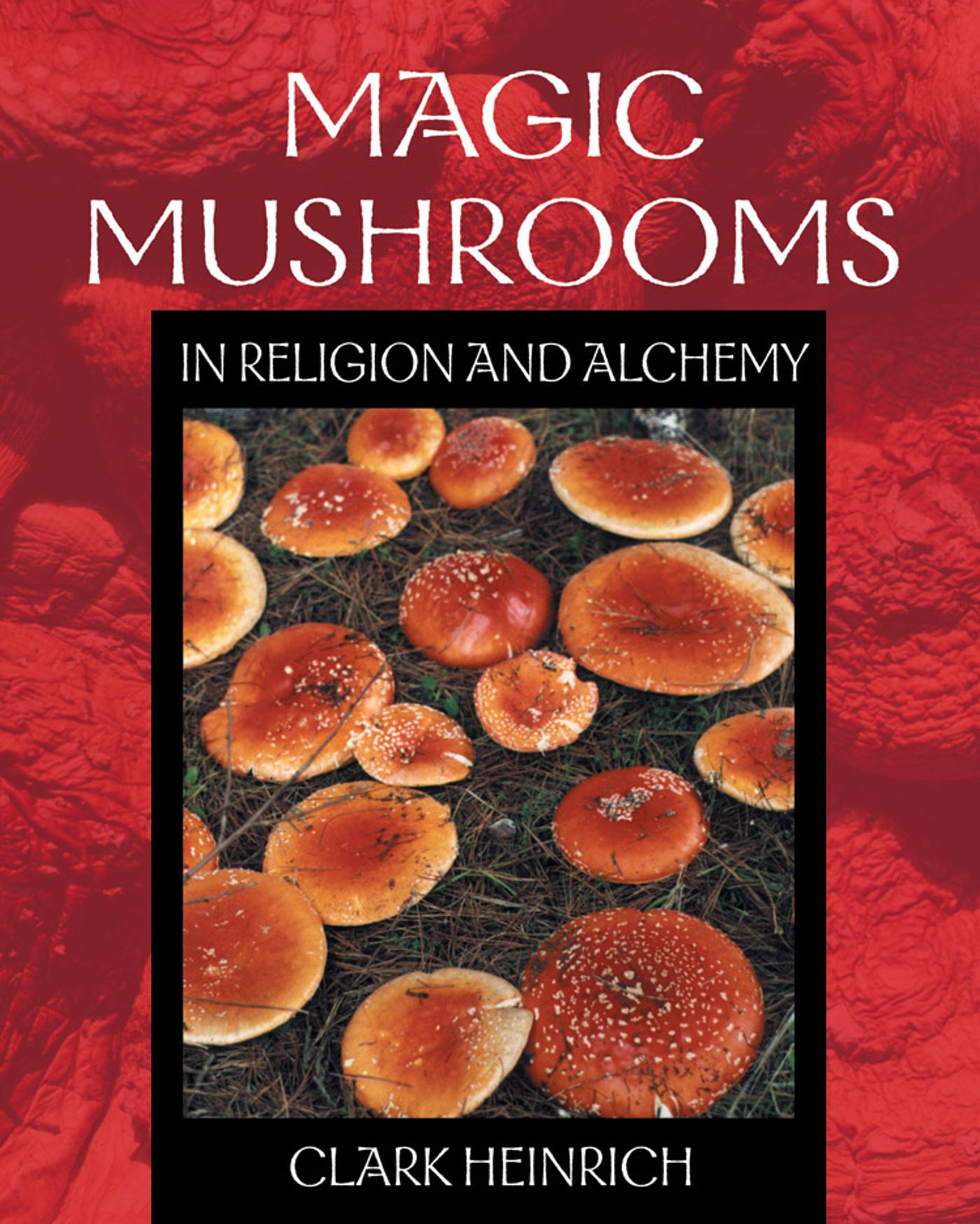 Magic Mushrooms in Religion and Alchemy

An illustrated foray into the hidden truth about the use of psychoactive mushrooms to connect with the divine.

• Draws parallels between Vedic beliefs and Judeo-Christian sects, showing the existence of a mushroom cult that crossed cultural boundaries.

• Contends that the famed philosophers' stone of the alchemist was a metaphor for the mushroom.

• Confirms and extends Robert Gordon Wasson's hypothesis of the role of the fly agaric mushroom in generating religious visions.

Rejecting arguments that the elusive philosophers' stone of alchemy and the Hindu elixir of life were mere legend, Clark Heinrich provides a strong case that Amanita muscaria, the fly agaric mushroom, played this role in world religious history. Working under the assumption that this "magic mushroom" was the mysterious food and drink of the gods, Heinrich traces its use in Vedic and Puranic religion, illustrating how ancient cultures used the powerful psychedelic in esoteric rituals meant to bring them into direct contact with the divine. He then shows how the same mushroom symbols found in Hindu scriptures correspond perfectly to the symbols of ancient Judaism, Christianity, the Grail myths, and alchemy, arguing that miraculous stories as disparate as the burning bush of Moses and the raising of Lazarus from the dead can be easily explained by the use of this strange and powerful mushroom. While acknowledging the speculative nature of his work, Heinrich concludes that in many religious cultures and traditions the fly agaric mushroom--and in some cases ergot or psilocybin mushrooms--had a fundamental influence in teaching humans about the nature of God. His insightful book truly brings new light to the religious history of humanity.

Page vi-vii:
Considering what we know about drug use and group sexual activities in certain early religious cults, there may have been quite a bit to hide. I believe that a number of the writings that have come down to us from ancient religious movements do contain secret double entendres, the alternative meanings of which, quite intentionally, are not apparent in a casual reading of the text. Many of these writings contain curious sayings and references that have never been adequately explained or understood; they are seemingly designed to remain forever hidden unless the ruse could be revealed and the passwords made known.
Page viii:
Quantum physics speaks of possible parallel universes existing alongside the one we know; this book can be thought of as a parallel history. These things may have happened as I am presenting them or they may not have, but one thing is certain: namely, that I have discovered a definite pattern of related symbols in story after story, even stories from different traditions and different parts of the world. As disparate as these stories are they all have in common distinct correspondences to one and the same thing: the beautiful and intoxicating Amanita muscaria mushroom, commonly known in English as the fly agaric.

Clark Heinrich has been an ethnobotanist since 1974 and has completed years of study with masters of yoga philosophy and Western mysticism. The coauthor of The Apples of Apollo, Heinrich lives in the coastal mountains of central California.

– Terence McKenna, author of Foods of the Gods and True Hallucinations

"No researcher to date has tackled the subject with Heinrich's painstaking ingenuity. His conclusions are as fascinating as they are certain to be controversial."

"[An] extraordinary and beautiful book. . . . I read it with the highest interest and enjoyed enormously following its excursions into the realm of myths and the origins of religions, into fascinating possible connections. I have learned a good deal."

– Albert Hofmann, discoverer of LSD and coauthor of Plants of the Gods

Magic Mushrooms in Religion and Alchemy