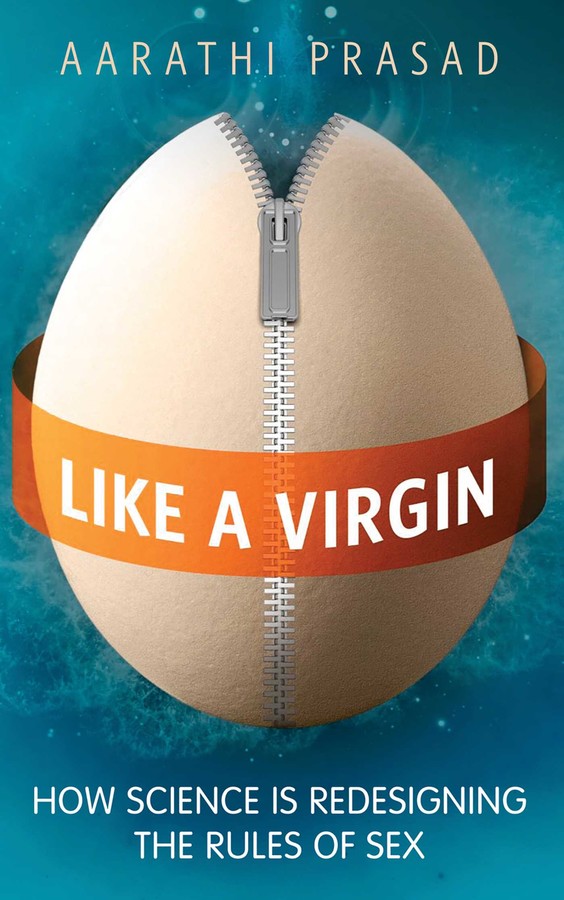 How Science is Redesigning the Rules of Sex

Most cultures tell the tale of a maiden who gives birth untouched by a man, and in the wild there are plenty of creatures – turkeys, Komodo ‘dragons’, and the ‘Jesus Christ’ lizard (which even walks on water) – that take various approaches to making babies without having sex. Soon, humans will have that option, too.

In Like a Virgin, biologist and science writer Aarathi Prasad examines inconceivable ideas about conception, from a Renaissance recipe for creating a child (bury semen in manure for forty days) to the search for a real-life virgin mother in the 1950s. She then takes us to maverick, cutting-edge labs that are today inventing sex-less reproduction, from manufactured eggs to artificial wombs and beyond. Like a Virgin delivers an astonishing exploration of the mysteries of sex and evolution – past, present, and future.

Aarathi Prasad is a biologist and science writer. She has appeared on TV and radio programmes, including as presenter of Channel 4's controversial 'Is It Better to Be Mixed Race?' and 'Brave New World with Stephen Hawking', as well as BBC Radio 4's 'The Quest for Virgin Birth', and written for Wired, the Guardian, and many other publications. Previously a cancer genetics researcher at Imperial College London, she subsequently moved into the worlds of science communication and policy, in areas including passage of the human-animal chimaera stem-cell bill in the UK Parliament. A single mother, Dr Prasad lives in London.

"Think of her as the female equivalent of Brian Cox making science accessible for the masses... Entertaining and provocative, this promises to change the way you think about sex."

"A fascinating examination of a future that may not be too distant, as well as an account of historical misconceptions about conception."

"[Prasad's] elegantly written romp through the science and history of conception is conceivably as much fun as you’ll ever have thinking about sex without working up a sweat."

"Aarathi Prasad has travelled far into the mysterious land of human and animal conception and come back with extraordinary stories of chimaeras and Parthenogens, of cannibal sharks in the womb, of pseudosperm and the prospect of birth without pregnancy. A fascinating book."

– Matt Ridley - author of The Rational Optimist and The Red Queen

"It’s game over for the testicle; the reign of bollocks is at an end. Prasad charts the high road to total male redundancy. In the future, girls will do it for themselves, boys – those who are left – will just be toys. Cheer or weep, but read this book."

How Science is Redesigning the Rules of Sex