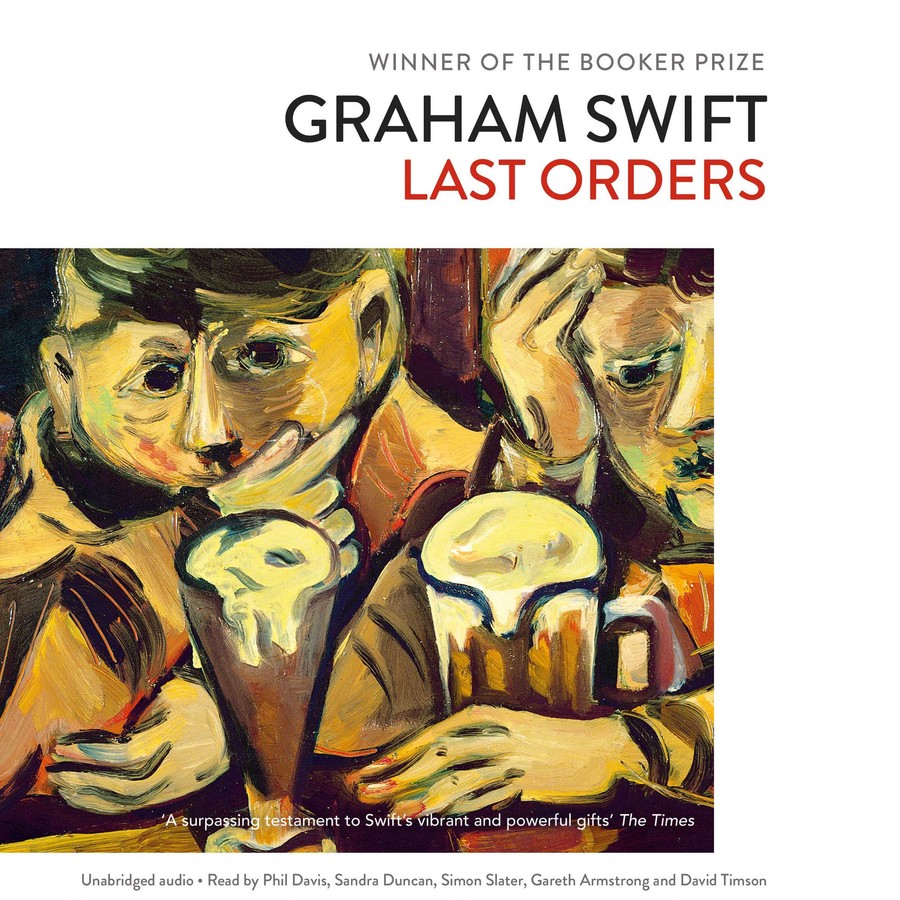 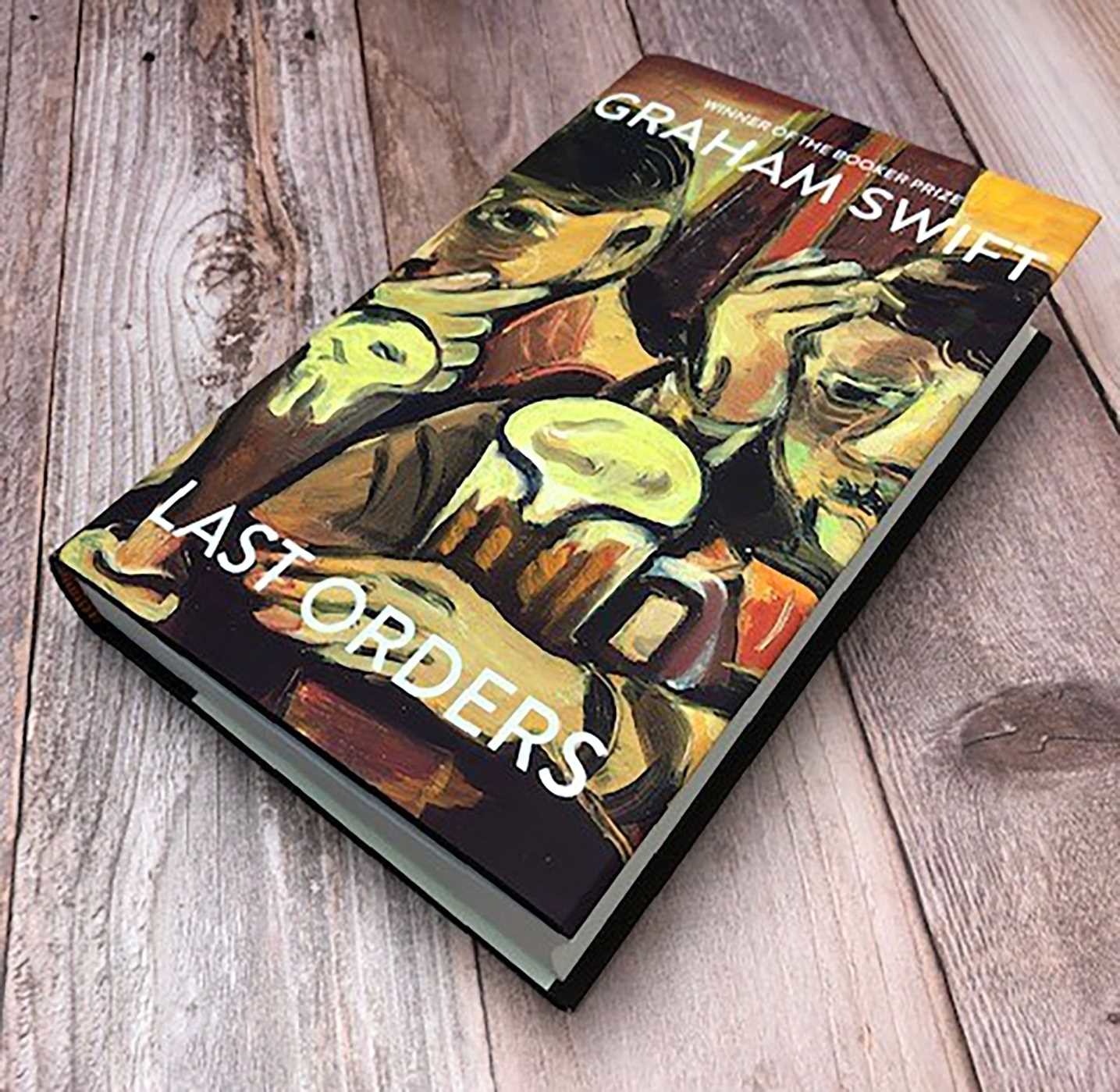 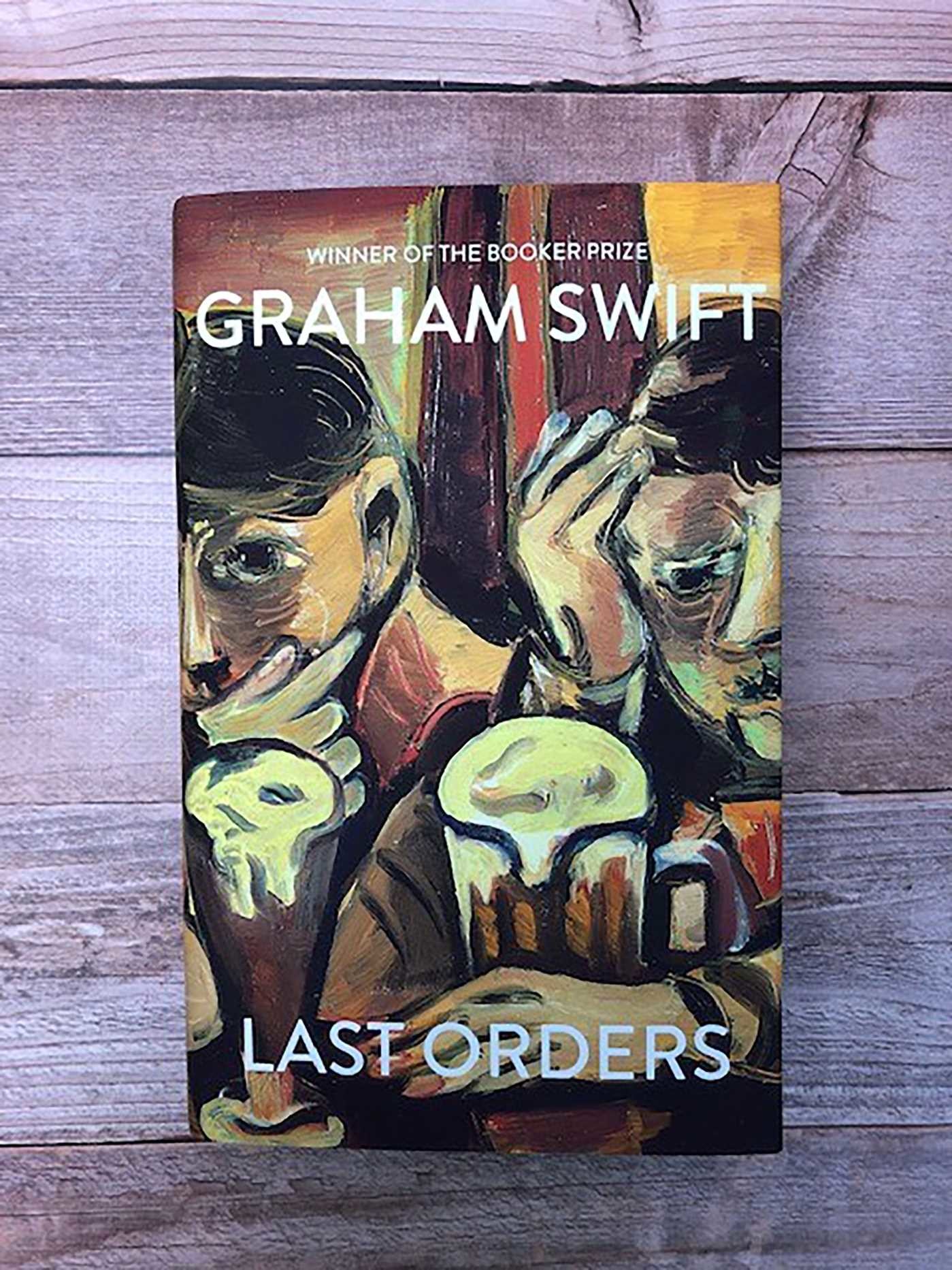 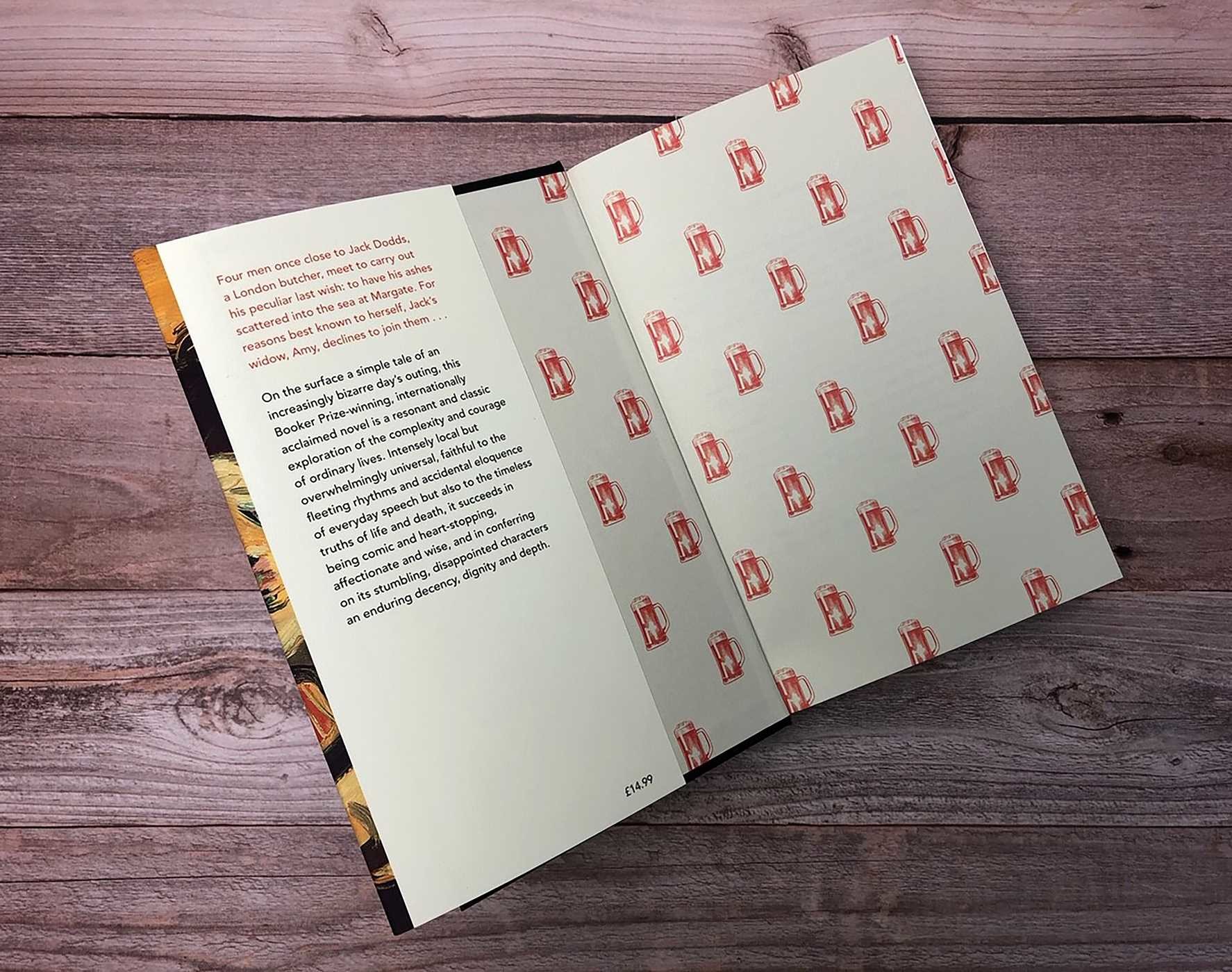 WINNER OF THE BOOKER PRIZE 1996

Four men once close to Jack Dodds, a London butcher, meet to carry out his peculiar last wish: to have his ashes scattered into the sea at Margate. For reasons best known to herself, Jack’s widow, Amy, declines to join them . . . On the surface a simple tale of an increasingly bizarre day’s outing, this Booker-prize winning, internationally acclaimed novel is a resonant and classic exploration of the complexity and courage of ordinary lives. Intensely local but overwhelmingly universal, faithful to the fleeting rhythms and accidental eloquence of everyday speech but also to the timeless truths of life and death, it succeeds in being comic and heartstopping, affectionate and wise, and in conferring on its stumbling, disappointed characters an enduring decency, dignity and depth.

‘A surpassing testament to Swift’s vibrant and powerful gifts’ The Times
‘A triumph . . . a story about the most fundamental things of all’ Evening Standard 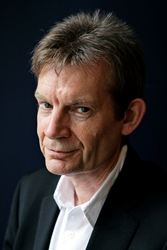 © Janus van den Eijnden
Graham Swift
Graham Swift was born in 1949 and is the author of eleven novels, two collections of short stories, including the highly acclaimed England and Other Stories, and of Making an Elephant, a book of essays, portraits, poetry and reflections on his life in writing. His most recent novel, Mothering Sunday, became an international bestseller and won The Hawthornden Prize for best work of imaginative literature. With Waterland he won the Guardian Fiction Prize, and with Last Orders the Booker Prize. Both novels were made into films. His work has appeared in over thirty languages.
Phil Davis
Sandra Duncan
Simon Slater
Gareth Armstrong

Gareth Armstrong combines the careers of actor, director and voice artist. He has worked in the West End, with the RSC, and toured worldwide with solo plays of his own devising. Gareth has recorded many audiobooks, and has narrated television features and documentaries.

'Readers should be in no doubt that Last Orders is an extremely fine novel, a surpassing testament to Swift’s vibrant and powerful gifts.'

'An extraordinary achievement, a novel that effortlessly combines the tragic and the comic in human experience, the pathos and the bathos of ordinary lives… Swift never puts a foot wrong. And he has succeeded in elevating the demotic to an elegiac level of which a Wordsworth could only dream: here is language such as men do use, and it proves flexible and wonderfully expressive.'

'Last Orders is not only a triumph for contemporary British fiction, it is a triumph for the hypnotic power of vernacular speech in its ability to create honest, lasting art out of life itself. Swift’s inspired use of natural speech rhythms throughout the novel is remarkable and virtually flawless…Swift has given these sad, angry and human individuals voices and lives so compellingly convincing that the reader comes to know them with a depth of intimacy fiction seldom achieves.'

'A triumph of quiet authenticity: a fine study of a group of characters, partly shaped by a particular time and place, silhouetted against universals of life and death; a novel that unflinchingly contemplates human perishability and that also pays unsentimental tribute to human resilience.'

'A triumph…a story about the most fundamental things of all.'

'Graham Swift shifts his masterful perspective on life’s fragility to the working-class men of Bermondsey…With Swift’s unerring empathy and wit, the voices never fail; to be true to life.'

'Last Orders is a stunning book whose principal achievement is to confer a lyrical shape and dignity on ordinary people’s thoughts.'

'The accuracy is of eye and ear for visual details and the cadences of ordinary speech; but it goes beyond the merely meticulous to a sort of emotional perfect pitch.'

'What is exceptional about this novel, apart from the marvellous prose—at once deceptively simple yet elegiac—is its visual quality: memory itself takes on a physical shape as the tale is told…It is as though Swift has brought to life the silent figures in a vast fresco on some lost wall of an old English church.'

'The novel’s hero is the English language as spoken by ordinary people. Swift’s own voice never interposes. Yet the effect is profoundly elegiac, proverbially wise, as rhythmic as the surge of waves. Shakespeare occasionally gives lower-class characters speeches that shame the high-ups by their gentleness or nobility. But here that effect is carried through a whole book. Cockney speech becomes a vehicle for nuance and tenderness. If  language reflects the temper of its people, we should be proud of this book’s language—or proud of the generation, now passing that spoke it.'

'A book to match his masterpiece, Waterland. Last Orders confirms his reputation as one of the great contemporary chroniclers of landscape and memory.'

'His finest book to date; emotionally charged and technically superb. LAST ORDERS is about how we live and how we die and our struggle to make abiding connections between the two.'

'This beautifully calculated and tender novel, the best of his  six so far, speaks volumes more than mere words.'

'Swift has involved us in real, lived lives. Quietly, but with conviction, he seeks to reaffirm the values of decency, loyalty, love. He is, as John Dewey beautifully said of Emerson, ‘the sage of ordinary days’. Never blind to the horrors of life, the pettiness of human beings, their greed and resentments, Swift yet insists on the essential dignity of humble people, whose lives he portrays with deft understatement and clear-eyed attention.'

'Our lives are largely filled, the American writer Tobias Wolff has observed, by ‘white noise’, We live in a great silence where what frightens us and sustains us is rarely given voice. But when that silence is broken we bend forward and listen. Last Orders by the British novelist Graham Swift breaks the great silence with a quiet insistence that is profound and irrevocable…the author’s compassion seems to elevate all it embraces.'

'Swift’s achievement here is what Frank O’Connor said should be the purpose of the short story: to give voice to members of a submerged population. The author has done this on the larger scale of a novel and without condescension. His characters are not ‘mute Miltons’ but speakers of their own lives—as clearly and fully as if the reader were one of them.'

'LAST ORDERS is not your regular sort of novel. It is one of the most perfectly written, perfectly moving pieces of new fiction in recent memory.'

'Graham Swift is a purely wonderful writer, and LAST ORDERS, full of gravity and affection and stylistic brilliance, proves it precisely.'

'If you think that novels can no longer move us in all the old deep ways, I’d submit Graham Swift’s Last Orders as the most conclusive and beautiful proof that they most definitely can.'

SEE ALL
See more by Graham Swift
Thank you for signing up, fellow book lover!