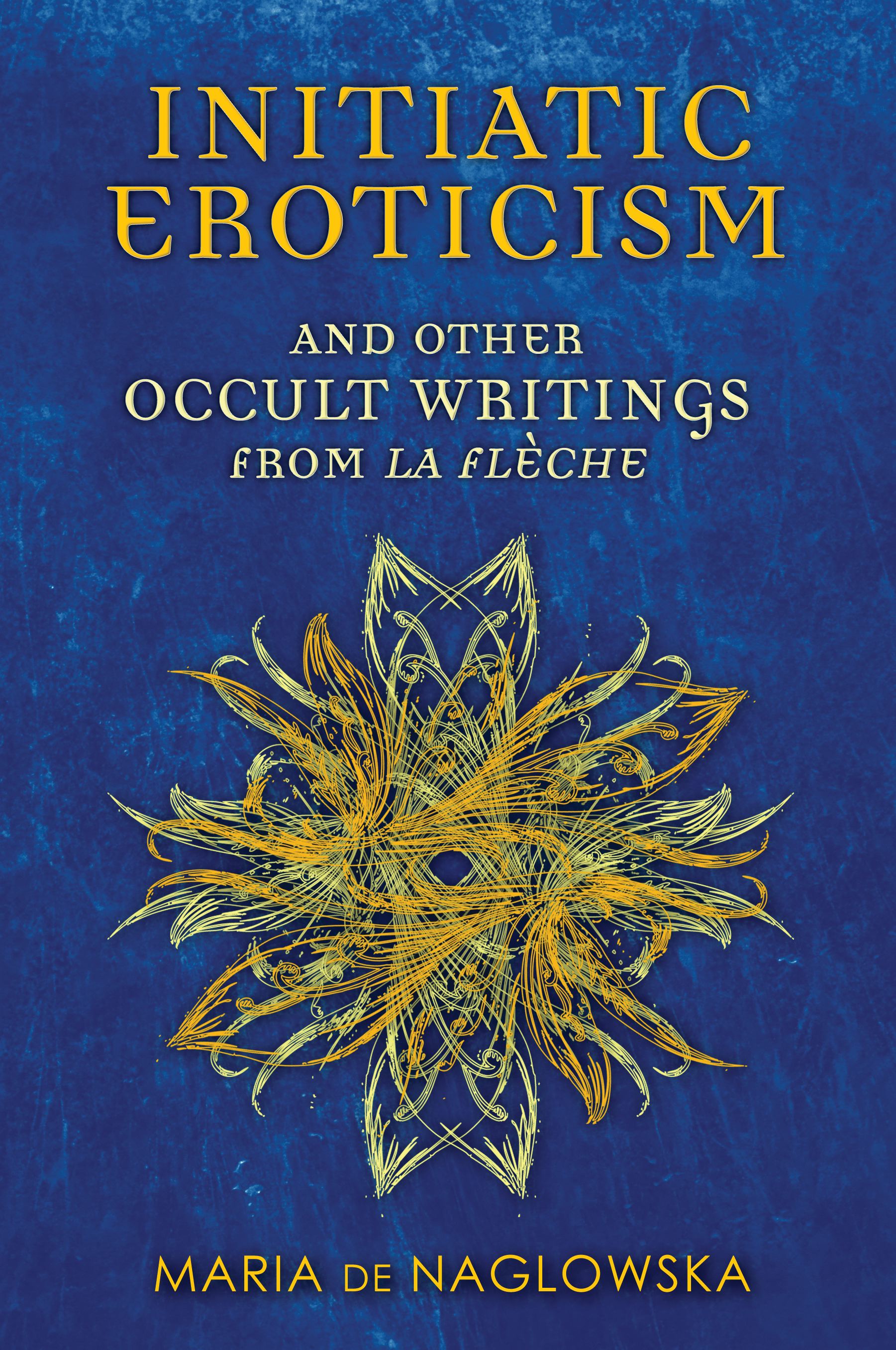 and Other Occult Writings from La Flèche

• Contains the complete collection of articles from all 20 issues, from October 1930 to January 1935

From October 1930 to January 1935, Maria de Naglowska--Russian mystic, esoteric high priestess, and self-styled “Satanic Woman” of 1930s Paris--published 20 issues of her newspaper, La Flèche, which she sold on the streets of Montparnasse and by mail-order subscription. Bought by many now famous people, including André Breton and other Surrealists, the newspaper served as an introduction to Naglowska’s revolutionary religious system called the Third Term of the Trinity, which considered the Holy Spirit of Christianity to be feminine and taught the importance of sex for the upliftment of humanity.

Available for the first time in English, this complete anthology of articles from all 20 issues of La Flèche includes an introduction and notes by translator Donald Traxler, who contextualizes Naglowska’s life and teachings within the larger occult systems of the time, such as Julius Evola’s Group of Ur. He explains how most of the articles were written by Naglowska herself, often under pseudonyms because of the controversial nature of her ideas. In addition to writings on sacred sexuality and religious philosophy, this collection includes essays on feminism and on other esoteric thinkers, such as René Guénon and Krishnamurti, as well as two never-before-published essays by Julius Evola on the magic of creation, the special power of symbols, and the march of progress and materialism.

THE POLARIZATION OF THE SEXES AND THE HELL OF MODERN MORALS

Men and women are essentially different from each other--and that is where we get the struggles and wars. The average man and woman will never understand on their own the reason and the details of their different formation--that is why peace cannot come from the crowd. Everyone knows that on the physical plane--in the domain of the flesh--the man gives to the woman, who takes.

But one ignores--because official science doesn’t admit it yet--that on the mental plane, that is to say in the spiritual domain, unexplored by discursive consciousness at our average degree of evolution, it is the woman who gives, while the man receives.

The man is the transmitter, the positive pole, on the physical plane: his flesh penetrates the flesh of his companion and leaves there the blood of fecundation--but in the spiritual shadows, there where the Unknown reigns, it is the woman, the positive mental pole, who pours out into the man, the negative pole, the fecundating spiritual seed.

It is this double operation that constitutes coitus, and woe to the man who receives an inferior gift while he sows the best of himself. The degeneration of the human race is caused by the loss that any degrading coitus represents in the cosmic economy.

The man cannot progress except by uniting himself regularly with a superior woman, and the woman cannot advance along the line of perfection if she does not receive the fecundating and illuminating sperm of the man frequently enough.

But the sperm of the man is weakened in its illuminating power each time that the spiritual compensation coming from the woman is insufficient, and, for its part, the invisible mental seed of the woman is dulled and made anemic, if the blood of the man brings her bad nourishment.

What we have just said is sufficient to explain the hell of modern morals.

The religions of the Father and of the Son that ruled the sexual relations of humankind--with a view to the healthy and normal birth of the child (the religion of the people of Israel)--but also with a view to the sanctification, that is to say to the interior awakening, of the virgin (the Catholic religion)--these true religions are from now on forgotten. We are now in the dark age that denies the preceding phases of the historical triangle, to open the door to the new phase: the phase of the religion of the Third Term of the Trinity, which we are announcing.

That had to be and that is, but it is painful for those who are living this hour. Men and women will suffer and sickness will consume their bodies for as long as the new truth is not proclaimed and accepted, reestablishing order in the wreckage left by disorder.

Humanity suffers and will suffer yet more, for jealousy devours it because of sexual chaos.

The man, unaware of his spiritual receptivity (because pride reigns in him), goes on the hunt for women, seeing only their bodies. If he is healthy and strong, he wants all of them, and is even jealous of other men acting normally. It is the first cause of war.

The man can love the flesh of all the women who are more or less pretty. The physical realm allows him this because it is just and noble to put oneself out for a great number. But the spirit forbids the male to adore more than one female. And because of that it is said that every (adulterous) sin will be forgiven a son of Israel except the sin (the adultery) against the spirit. Man has the right to be polygamous according to the flesh, but he must be monogamous according to the Spirit.

The spiritual fluids are neutralized by their contrary natures, that is why the one who receives from all women keeps nothing from any of them; his worn-out flesh grows pale from it.

For the woman, this truth presents itself in the inverse sense: it is the Spirit that permits her numerous loves, but it is the flesh that demands for her a single husband. That is why the breasts of Isis are multiple, but her receptive organ is single. That is also why the law of Israel, which was just, fixed every adulterous woman to the pillory.

But the dark era through which we are passing is unaware of all that. Women have declared that they consider themselves equal to men, and men have decreed that they are only flesh. It is the great scandal of our century, and the chaos of modern morals comes from it.

Humanity suffers from it, as the Just foresaw. The evils and sufferings of the human race will only pass when the religion of the Third Term of the Trinity, the religion of the Queen-Mother, shall be imposed. In that blessed day the law of Moses will be put right for everything connected to marriage.

The law of the sanctification of virgins will be maintained for the education and preparation of priestesses, whose role will be, thereafter, to love ritually. Ritual love, this great operative mystery that will replace symbolic Masses, will spread the new healing grace over the whole of humanity.

Maria de Naglowska (1883-1936), also known as the Sophiale de Montparnasse, was a Russian occultist, mystic, and founder of the Brotherhood of the Golden Arrow, whose conferences in Paris in the 1930s were attended by many now-famous individuals, such as Julius Evola, Man Ray, and André Breton. She is also known for her translation of P. B. Randolph’s Magia Sexualis, the classic occult text that has survived only through her translation.

and Other Occult Writings from La Flèche