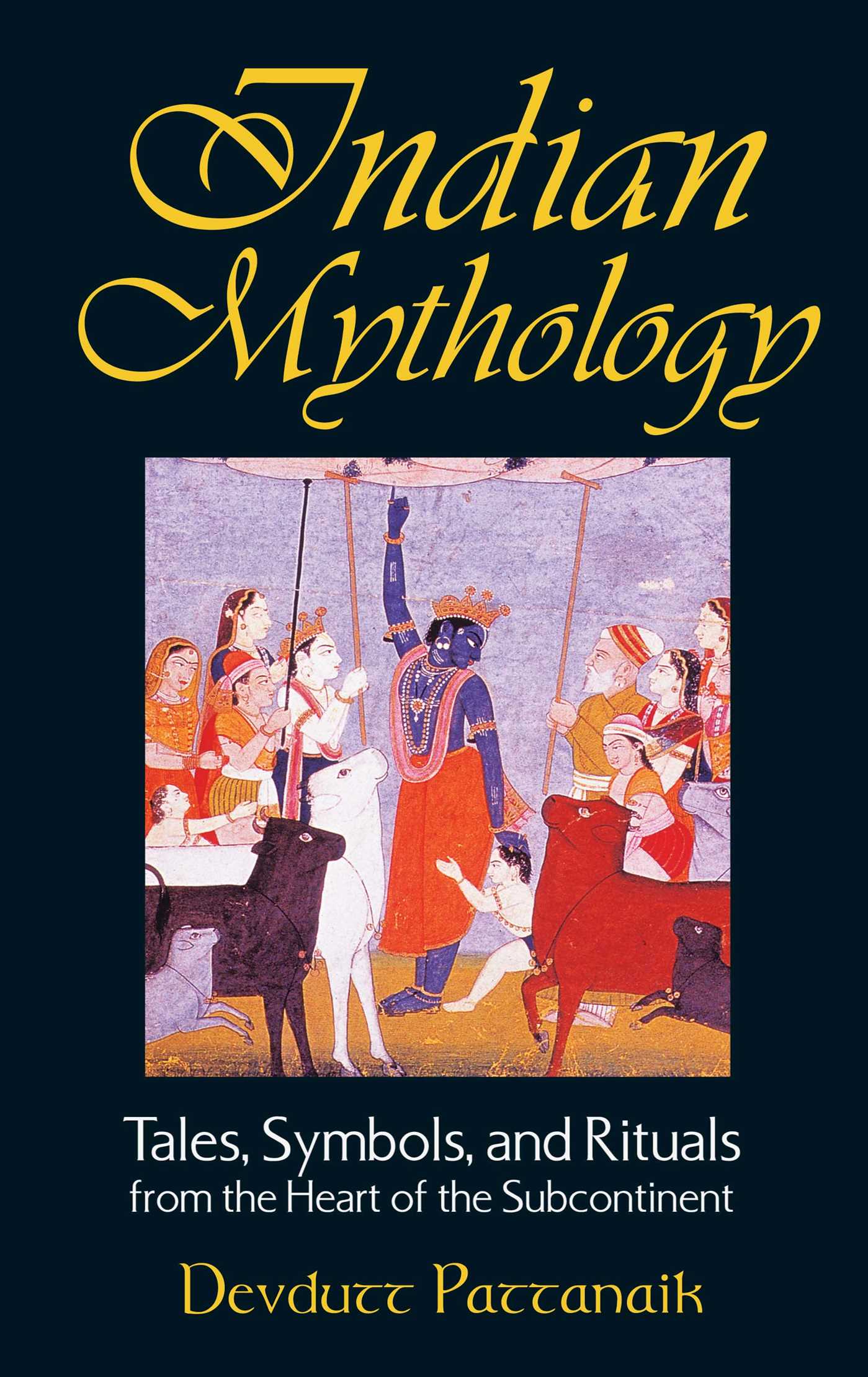 Tales, Symbols, and Rituals from the Heart of the Subcontinent

• Compares and contrasts Indian mythology with the stories of the Bible, ancient Egypt, Greece, Scandinavia, and Mesopotamia

• Demonstrates how the mythology, rituals, and art of ancient India are still vibrant today and inform the contemporary generation

From the blood-letting Kali to the mysterious Ganesha, the Hindu spiritual landscape is populated by characters that find no parallel in the Western spiritual world. Indian Mythology explores the rich tapestry of these characters within 99 classic myths, showing that the mythological world of India can be best understood when we move away from a Western, monotheistic mindset and into the polytheistic world of Hindu traditions.

Featuring 48 artistic renderings of important mythological figures from across India, the author unlocks the mysteries of the narratives, rituals, and artwork of ancient India to reveal the tension between world-affirming and world-rejecting ideas, between conformism and contradiction, between Shiva and Vishnu, Krishna and Rama, Gauri and Kali. This groundbreaking book opens the door to the unknown and exotic, providing a glimpse into the rich mythic tradition that has empowered millions of human beings for centuries.

The most important symbolism in Hinduism is that of man and woman. In most narratives, man represents spiritual reality; woman represents material reality. He stands for otherworldly pursuits; she stands for this-worldly passions. Worldliness is impossible without the presence of women; monasticism demands the absence of women. Man is the soul. Woman is the flesh. He is the cause. She is the manifestation. He is the self, pure awareness, and the true identity of our being. She is the energy, the matrix, in which the self is enmeshed. Since, he is the self, he is the ‘subject who experiences life’ and she is the ‘object who is experienced in life.’ She owes her existence to him. He owes his identity to her. He creates, sustains and destroys her. She enables him to preserve, propagate, indulge and realize himself. Just as man and woman are complimentary, so are spiritual and material realities. Hence, when God is to represented, Hindus choose not male or female, but both male and female. In Hindu temples therefore, God is always associated with the Goddess. In Vishnu temples one finds Lakshmi. In Krishna temples one finds Radha. In Rama temples one finds Sita. In Shiva temples one finds Shakti. Without either there is neither.

According to a Tamil temple lore, the sage Bhringi wanted to circumambulate Shiva. Shakti stopped him saying, “You must go around both of us because each of us is incomplete without the other.” Bhringi was adamant. To foil his plans, Shakti sat on Shiva’s lap. Bhringi took the form of a bee and tried to fly between them. So Shakti fused her body with Shiva’s and became his left half. Shiva now came to be known as Ardha-nari (the half-woman god). Bhringi then took the form of a worm and tried to bore a hole between them. Exasperated by his stubbornness, Gauri said, “If you only want him then may you be deprived of every tissue that a human gets from a woman.” Instantly, Bhringi was transformed into a skeleton. His body possessed neither flesh, nor bones, nor genitals. He could not even stand. Feeling sorry for him, Shiva game him a third leg so that he could stand up like a tripod. Bhringi apologized to Shakti having realized the complementary relationship between the God and Goddess.

The symbolism of man and woman is undoubtedly enmeshed in gender politics with man being the ‘cause’ and ‘consciousness’ while woman being ‘matter’ and ‘manifestation’. That man represents stillness and unchanging nature of the soul and woman represents flux and ever-changing nature of the material matrix says a lot about Hindu attitude towards manliness and womanliness. But such bias is innate in language. To truly appreciate the ‘idea’ behind the ‘symbol’ one has to transcend biology. Only then will the between God and Goddess transform into the conflict between individual and environment. Only then will the macrocosmic world of the divine coalesce with the microcosmic world of the self.

Table 4: Different meanings of man and woman in Hindu symbolism

Women and fertility symbols play an important role in household rituals such as marriage, childbirth, and harvest. On doorways symbols such fish, conch-shells, dots, are painted with red color. Pots filled with water topped with a coconut are placed on a pile of rice. Tender mango leaves and marigold flowers are strung together and hung at the doorway. On the floor just outside the doorway beautiful diagrams are drawn using white and colored powder. Sweet food is cooked in the house. Banana is offered to guests. Married women are invited to the household. They are given flowers, perfumes, gifts and red powder to apply on their foreheads. Without a wife, a man is not a householder. Without a husband, a woman is not a housewife. Only husband and wife as pillars of a household are allowed to perform fertility rituals.
Devdutt Pattanaik

A medical doctor by training, Devdutt Pattanaik moved away from clinical practice to nurture his passion for mythology. His unorthodox approach is evident in his books, which include introductions to Shiva and Vishnu and The Goddess in India. He lives in Mumbai, India, where he works as a health communicator and writes and lectures on Hindu narratives, art, rituals, and philosophy.

"Further calls on the ability of the Western mind to see from another point of view."

"I cannot praise this book highly enough. Pattanaik is a gifted teacher and writer."

Tales, Symbols, and Rituals from the Heart of the Subcontinent