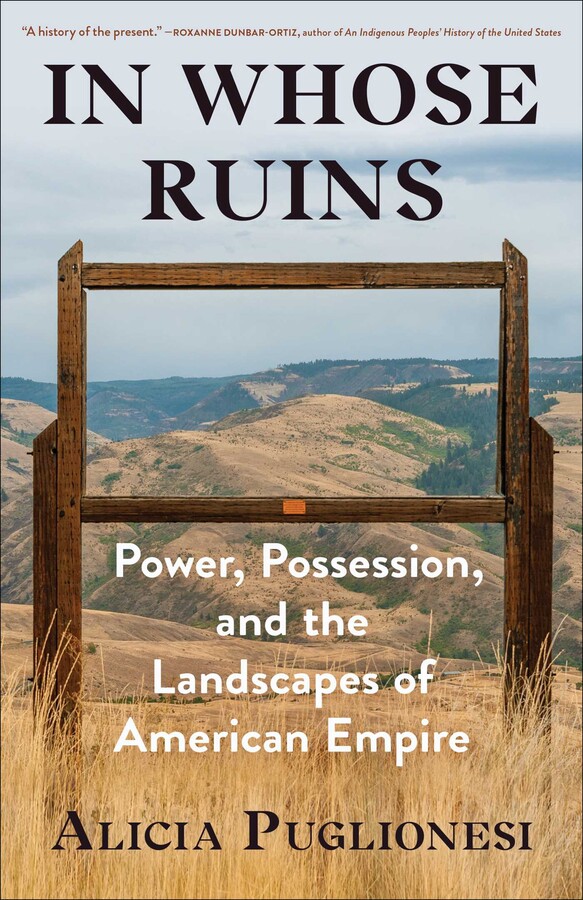 Power, Possession, and the Landscapes of American Empire

In this examination of landscape and memory, four sites of American history are revealed as places where historical truth was written over by oppressive fiction—with profound repercussions for politics past and present.

Popular narratives of American history conceal as much as they reveal. They present a national identity based on harvesting the treasures that lay in wait for European colonization. In Whose Ruins tells another story: winding through the US landscape, from Native American earthworks in West Virginia to the Manhattan Project in New Mexico, this history is a tour of sites that were mined for an empire’s power. Showing the hidden costs of ruthless economic growth, particularly to Indigenous people and ways of understanding, this book illuminates the myth-making intimately tied to place. From the ground up, the project of settlement, expansion, and extraction became entwined with the spiritual values of those who hoped to gain from it. Every nation tells some stories and suppresses others, and In Whose Ruins illustrates the way American myths have been inscribed on the earth itself, overwriting Indigenous histories and binding us into an unsustainable future.

In these pages, historian Alicia Puglionesi​illuminates the story of the Grave Creek Stone, “discovered” in an ancient Indigenous burial mound, and used to promote the theory that a lost white race predated Native people in North America—part of a wider effort to justify European conquest with alternative histories. When oil was discovered in the corner of western Pennsylvania soon known as Petrolia, prospectors framed that treasure, too, as a birthright passed to them, through Native guides, from a lost race. Puglionesi traces the fate of ancient petroglyphs that once adorned rock faces on the Susquehanna River, dynamited into pieces to make way for a hydroelectric dam. This act foreshadowed the flooding of Native lands around the country; over the course of the 20th century, almost every major river was dammed for economic purposes. And she explores the effects of the US nuclear program in the Southwest, which contaminated vast regions in the name of eternal wealth and security through atomic power. This promise rang hollow for the surrounding Native, Hispanic, and white communities that were harmed, and even for some scientists. It also inspired nationwide resistance, uniting diverse groups behind a different vision of the future—one not driven by greed and haunted by ruin.

This deeply researched work of narrative history traces the roots of American fantasies and fears in a national tradition of selective forgetting. Connecting the power of myths with the extraction of power from the land itself reveals the truths that have been left out and is an invaluable torch in the search for a way forward. 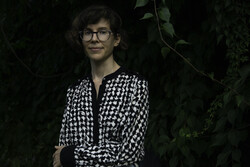 Alicia Puglionesi is a writer and historian. She earned a PhD in the history of science, medicine, and technology from Johns Hopkins University in 2015 and has taught at Johns Hopkins and MICA. Her first book, Common Phantoms: An American History of Psychic Science, explores how the practices of seances, clairvoyance, and telepathy both questioned and reinscribed social boundaries. She lives in Baltimore.

"Few books by historians, particularly historians of science and technology, are page turners, but In Whose Ruins is just that. This is an elegantly written narrative of the mythologies and horrors of settler-colonialism in the founding and expansion of the United States, exterminating or displacing the Indigenous nations of the continent. It is a history of the present."
—Roxanne Dunbar-Ortiz, author of An Indigenous Peoples’ History of the United States

"In Whose Ruins is a haunting meditation on how white Americans have dug into the earth to uncover the past and secure their own power. Alicia Puglionesi takes readers across the nation to these sites of excavation, places seized from Native peoples and turned to ruin. Compelling and insightful, In Whose Ruins gives us a new way to understand how Americans created an empire out of destruction."
— Megan Kate Nelson, author of Saving Yellowstone: Exploration and Preservation in Reconstruction America

"In Whose Ruins could not be more timely. As our nation once again battles over the meanings and uses of history, Puglionesi shines a bright light on the role of myth in the construction of American empire. White Americans, she convincingly demonstrates, mapped specious stories onto Indigenous landscapes to bolster their claims to material and racial supremacy. In Whose Ruins is a triumph of excavation—not just of the histories that have been purposely buried, but of the power of narrative to shape our world."
— Blain Roberts and Ethan J. Kytle, coauthors of Denmark Vesey’s Garden: Slavery and Memory in Cradle of the Confederacy

“Original, illuminating, and bristling with insight, In Whose Ruins is a thought-provoking exploration into the meaning of the American land.  By focusing on some largely forgotten episodes of the quest for power in the nation’s past—and the swindlers, scientists, and visionaries who populated them—Alicia Puglionesi has delivered a timely, deftly written, and convention-challenging book.”
—Scott Ellsworth, author of The Ground Breaking: An American City and Its Search for Justice

"Puglionesi's In Whose Ruins is a masterful truth-telling of North American colonial history, shattering the contrived myths created to justify the oppression, abnegation and elimination of Indigenous people. This adept writer and historian reminds us how white settlers lied to each other and their children to justify their violence, and how those old stories still complicate our understanding of the United States' founding. Readers will learn how early immigrants turned Native American burial mounds into proof of an extinct white civilization, their medicinal salve into petroleum, their sacred places into hydroelectric power, and their mysterious rocks into nuclear weapons. In Whose Ruins resets the historical narrative, which is exactly what we need today for our society to move forward in peace and with justice."
—Chris Tomlinson, columnist and author of New York Times bestsellers Forget the Alamo and Tomlinson Hill

"Amid extreme weather, deadly pandemic, political discontent, and economic volatility, it is tempting to seek the origin, whether as comforting nostalgia or an always-already tale of damnation. As Puglionesi’s book shows, however, origins are stories told in the present that acquire force by transforming brutal domination into neat narratives. Beneath them is messy history, bursting with competing claims and interests. Especially in a settler colonial society like the United States, conquest of people, land, and collective memory itself has been enabled and justified by layers upon layers of origin stories, producing a sediment so thick it can be hard to think otherwise. But this gracefully written book is a testament to thinking otherwise, to uncovering both the horror and the beautiful struggle for a different world hiding beneath the myths."
—Thea Riofrancos, author of A Planet to Win and Resource Radicals


"Through razor-sharp focus on select sites of its extraction, In Whose Ruins asks searing questions about this society’s two-century-long quest for power—material and political, revealing the deep psychological scars, haunting dreams and cruel designs, and deathly consequences it has generated along the way. Alicia Puglionesi’s brilliant study of energy’s outsized hold on the soul of the nation is both poetic in its affective rendering of a hidden human-ecological past with consequence and prophetic in its urgent call for us to confront that tough history as a first step toward the imagining of a sustainable future."
—Darren Dochuk, author of Anointed With Oil: How Christianity and Crude Made Modern America

"In Whose Ruins is popular history at its engaging best. Centering formative events and key discourses many Americans would prefer to forget, Puglionesi examines the intertwined processes of Indigenous dispossession and environmental degradation at the foundations of US empire and contemporary racial capitalism. As important, she foregrounds vital perspectives typically marginalized or simply erased from dominant narratives. The myth of a “lost” race of prehistoric Mound Builders is met with knowledge of ongoing Indigenous engagements with ancient sites and the building of new Indigenous earthworks in the twenty-first century."
—Chadwick Allen, author of Earthworks Rising: Mound Building in Native Literature and Arts

Power, Possession, and the Landscapes of American Empire