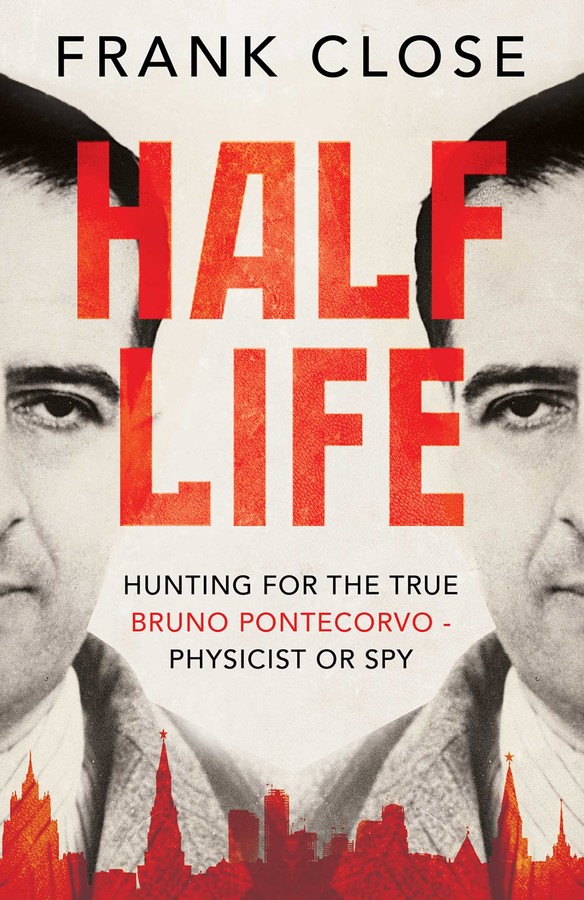 The Divided Life of Bruno Pontecorvo, Physicist or Spy

The memo landed on Kim Philby's desk in Washington, DC, in July 1950. Three months later, Bruno Pontecorvo, a physicist at Harwell, Britain's atomic energy lab, disappeared without a trace. When he re-surfaced six years later, he was on the other side of the Iron Curtain.

One of the most brilliant scientists of his generation, Pontecorvo was privy to many secrets: he had worked on the Anglo-Canadian arm of the Manhattan Project, and quietly discovered a way to find the uranium coveted by nuclear powers. Yet when he disappeared MI5 insisted he was not a threat. Now, based on unprecedented access to archives, letters, surviving family members and scientists, award-winning writer and physics professor Frank Close exposes the truth about a man irrevocably marked by the advent of the atomic age and the Cold War.

'Engrossing… Like any good spy story, this one involves Kim Philby'

‘Could have formed the basis of a Dick Francis-type action thriller, or a John le Carre spy story with added science… gives fascinating insight into the science behind the Iron Curtain… Close gives clear insight into the physics, without going into the kind of depth which might frighten non-scientists’

‘Too many books are fêted as reading ‘like spy novels’, but Close’s work deserves the accolade… Close is at his best when describing Ponte­corvo’s work in neutrinos and neutron detec­tion, demonstrating how groundbreaking it was’

‘Frank Close has done it again, this time dissecting a great physicist’s work entwined with a gripping scientific spy mystery. Close explains the fundamental contributions that Pontecorvo made to nuclear and neutrino physics, but did he also pass information to the Soviet Union? Read this fascinating book and make up your own mind!’

‘[An] insightful biography.... Close’s intense research turns up hints that [Pontecorvo] spied and, warned by other spies, fled to avoid arrest. A fine account, heavy on science and politics, of a long, productive, peripatetic and ultimately inexplicable life.’

‘Frank Close books get better and better. Half-Life is an enthralling insight into the life and times of one of the most mysterious characters of twentieth century science. Weaving together a fascinating personal life and the politics of the Cold War with his usual insightful exposition of physics, Close has produced a triumph of scientific biography. For once, truth really is stranger than fiction.’

– John Gribbin, author of In Search of Schrödinger’s Cat

‘Half-Life is a riveting Cold War mystery about a scientist whose life was as elusive as the particles he studied. Frank Close paints a fascinating portrait of the enigmatic man who helped bring the mysteries of neutrinos to the world’s attention, while slipping in and out of public view and presumed to be a spy for the Soviets. Impeccably researched, Half-Life masterfully illuminates its shadowy target, offering a lucid assessment of Bruno Pontecorvo’s vital scientific contributions.’

The Divided Life of Bruno Pontecorvo, Physicist or Spy