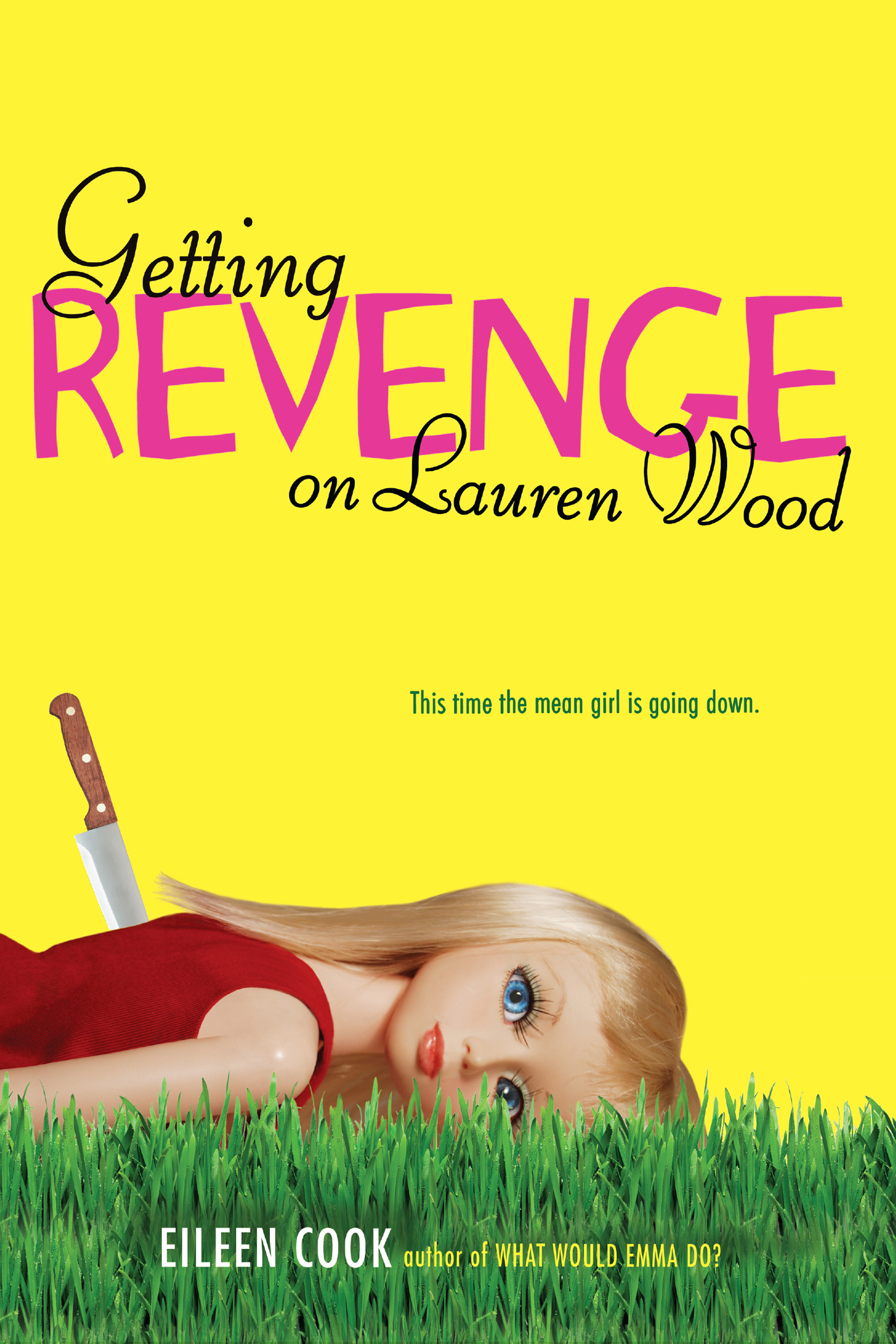 Getting Revenge on Lauren Wood

Popularity is the best revenge.

In the final weeks of eighth grade, Lauren Wood made a choice. She betrayed her best friend, Helen, in a manner so publicly humiliating that Helen had to move to a new town just to save face. Ditching Helen was worth it, though, because Lauren started high school as one of the It Girls--and now, at the start of her senior year, she's the cheerleading captain, the quarterback's girlfriend, and the undisputed queen bee. Lauren has everything she's ever wanted, and she has forgotten all about her ex-best friend.

But Helen could never forget Lauren. After three years of obsessing, she's moving back to her old town. She has a new name and a new look, but she hasn’t dropped her old grudges. She has a detailed plan to bring down her former BFF by taking away everything that's ever been important to Lauren—starting with her boyfriend.

Watch out, Lauren Wood. Things are about to get bitchy.

Praise for What Would Emma Do? by Eileen Cook:

“Sassy and sly and sweet all at the same time, this book made me laugh out loud.” --Meg Cabot, author of The Princess Diaries and Airhead

“Not since Judy Blume’s Margaret introduced herself to God has there been such a funny, genuine, conflicted, wanna-be-sorta-good-maybe-later girl as Emma. Cook’s tone as she takes on the big ones—life, love, faith, and friendship—is pitch perfect.” --Jacquelyn Mitchard, author of The Midnight Twins and The Deep End of the Ocean

"Smart and fun and full of heart." --Sarah Mlynowski, author of Bras & Broomsticks and How to Be Bad

I planned my move back to Terrace with the same level of care and detail employed by nations going to war. My parents, who never met a self-help book they didn’t like, were huge fans of goal setting and visualizing your perfect future. How would the universe send you your heart’s desire if you weren’t clear about what you wanted? I forget which book my mom had gotten it from, The Secret, or maybe Energy for Life, but she was big on writing down what you wanted. Somehow this was supposed to help the universe bring it to you. The universe apparently has short-term memory loss issues. It needs things written down. My mom was always saying, “The difference between wishing and goal setting is that goal setters have a plan.” I wasn’t sure I bought into the whole theory, but why take the chance? I thought about every facet of my plan very carefully. I made lists and diagrams. I kept a three-ring binder with all of my notes separated by color-coded tabs. On the first page of my binder I wrote my new mission statement in large block letters so that the universe would be sure to see it, even if the universe had bad eyesight:

GET REVENGE ON LAUREN WOOD

Revenge is a tricky thing. I wanted Lauren to pay, but pay in a very particular way. For example, it might be momentarily satisfying to do one of the following:

However, all of these things would be over quickly. I’ll admit it doesn’t sound nice, but I wanted her to suffer a bit longer. I wanted her to know what it felt like to have everything taken away. Then there was the added factor that it would be difficult to make a bathing suit out of tiny stinky fish, and I was pretty sure you could do some heavy jail time for pushing people into shark-infested water or into the paths of speeding dump trucks. I wanted Lauren to pay, but I wasn’t looking to spend the next forty to life wearing an orange jumpsuit. Orange is so not my color. No, my revenge plan was going to have to be more creative. Plus, I wasn’t even sure where I could find a pack of hungry pit bulls.

I made a list of the things that were important to Lauren:

Once I had the list, the basics of the plan were already framed out. I had to become more popular than she was. I had to steal her boyfriend out from under her, ensure someone else took the lead in the play, and get her kicked off the cheerleading squad.

Now I just had to figure out how to make those things happen.

The popularity angle was going to be the easiest to tackle. High schools have a social structure more strict than a Hindu caste system. By the time you get to your senior year everyone knows exactly where he or she belongs compared to everyone else. You could try to change your status—you could get a new wardrobe or take up a new sport, for example—but it would only take a few days before everyone would shove you back into the place where they felt you belonged. There might be a few people who shifted ranks, but it was highly unusual. I would have the advantage of being a new kid. No one would know exactly where to put me, but they would be trying to sort it out from the first moment they met me. I had to stack the deck. I couldn’t become popular at Lincoln High. I had to be popular from the moment I walked through the front door. I spent hours thinking about what made one person more popular than another. When I was done I taped a list to the mirror in my bedroom so I could study it. It was a thing of beauty.

Cool: Award yourself up to 10 points for exotic factors such as being from a cool place (large city, anywhere in Europe or Hollywood), knowing famous people, having a good car, being in a band (but not the band—wearing a uniform that makes you look like a hotel bellman is never cool), or demonstrating artistic ability.

I was going back to Lincoln High, but not as Helen Worthington. I was going to be remade into the destined-to-be-popular Claire Dantes.

I was named Helen after my mom’s great aunt. Ever notice you don’t meet a lot of Helens these days? That’s because it’s an old lady name. Thankfully, my middle name is Claire. My mom’s maiden name was Dantes, and since I would be living with my grandma it made some sense to borrow it. My mom was ticked that I wanted to register for school under a different name. She said she didn’t feel it was necessary for me to hide myself like I was spending my senior year in the witness protection program, but I could tell she was just hurt that I didn’t want to use the name she had given me.

In the end my mom backed down. Either my grandma talked her into it or, more likely, the guilt of abandoning me kicked in. No matter the reason—I didn’t care—Helen Worthington ceased to exist. Claire Dantes officially registered at Lincoln High. Step one of the plan was in place. 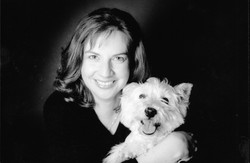 Eileen Cook spent most of her teen years wishing she were someone else or somewhere else, which is great training for a writer. She is the author of The Almost Truth, Unraveling Isobel, The Education of Hailey Kendrick, Getting Revenge on Lauren Wood, and What Would Emma Do? as well as the Fourth Grade Fairy series. She lives in Vancouver with her husband and dogs. Visit her at EileenCook.com.

"Characters are funny and devious, and the right amount of high-school drama moves the plot along. Fans of Mean Girls will enjoy seeing the story turned on its head in this enjoyable tale." –SLJ, June 1, 2010

"Helen's character arc is...well managed and believable, especially when the vestiges of her better self start to niggle at her conscience....Her management of the popularity game deftly reveals how brittle it can be, particularly when being popular isn't coupled with actually being liked." --The Bulletin

Getting Revenge on Lauren Wood