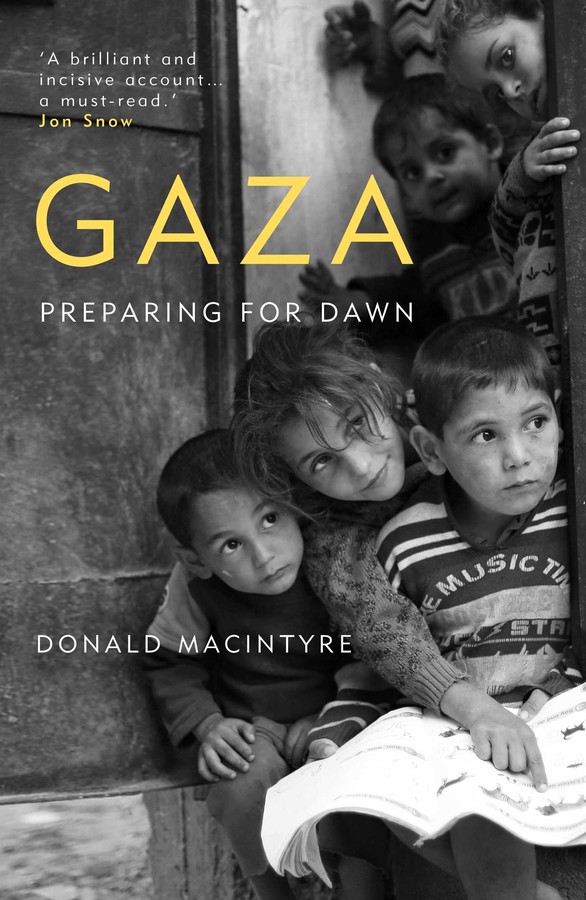 Uniquely imprisoned, most Palestinians in Gaza cannot travel beyond the confines of the Strip, and in times of war escape is impossible. They live under siege – economic and armed – and yet so many remain courageous, outspoken and steadfast.

Donald Macintyre lays bare Gaza’s human tragedy and reveals how it became a crucible of conflict and a byword for suffering. He identifies the repeated failings – including those of the international community – that have seen countless opportunities for peace pass by. Yet, against all odds, hope for a better future lingers.

Gaza was once a flourishing coastal civilization open to the world. Could it be so again?

'This is a book which answers a lot of questions, and prompts quite a few more…Donald Macintyre is to be commended for his forthright approach.’

'As head of the Independent’s Jerusalem bureau, Donald Macintyre followed Gaza at a critical time, as he recounts in his highly impressive book Gaza: Preparing for dawn (2017). Macintyre was there when Israel dismantled the settlements, when Hamas won the democratic elections of 2006, and when it took full control in a coup a year later. He was also there when Hamas fired rockets into neighbouring Sderot, and when Israel retaliated with repeated incursions. His first-hand account of the tragedy is even-handed, balanced and devastating.'

‘The inflammable world of Middle Eastern politics is treacherous terrain for those who don’t know it well, and even for those who do: Macintyre navigates it with sensitivity, skill and the diligence of a committed reporter… Along the way he fills readers in on the history that led to today’s impasse.’

‘Donald Macintyre has managed to skillfully write a comprehensive account of the Strip that is faithful to history, humane in its consideration of people, and accurate with respect to events. The lucid style of this commendable journalist makes history and events comprehensible and easy to follow.’

– This Week in Palestine

‘Highly informative and written in an engaging style, navigating the humanitarian repercussions of diplomacy and impunity well.’

‘A brilliant and incisive account of this tiny, vibrant, but embattled enclave. With the two million people of Gaza struggling to survive food shortages, electricity cuts, and increasing amounts of sewage in her surrounding seas, this is a must-read.’

‘Donald Macintyre skilfully picks his way through the tangle of accusations that surrounds Gaza’s tragedy. This is a lucid, essential guide. Highly recommended to anyone who wants to understand the conflict between Palestinians and Israelis.’

– Martin Bell, author of War and the Death of News

‘Donald Macintyre’s Gaza is a deeply informed and elegant portrait of this small but profoundly important and misunderstood part of the world. Not only are Gaza’s history and politics made compellingly accessible, so too are her sight, sound and smell. In this way Macintyre challenges any notion of Gaza’s irrelevance and perhaps more importantly does what few authors writing on Gaza have done: elevates the ordinary in a manner that will endure, helping the reader understand that no matter who we are and where we are from, in Gaza we can recognise ourselves. This book speaks to something greater than Gaza’s pain; it speaks to Gaza’s soul.’

‘Donald Macintyre has written a remarkable political panorama about Gaza today. In cool prose he exposes the history of the conflict and the discussion that has surrounded it. Anyone interested in understanding the situation between Hamas, the Palestinian Authority and Israel should look at the conclusion of this book. Anyone who wants to feel a little bit how people live in this narrow strip of land on the Mediterranean coast must read the whole work.’

– Shlomo Sand, Emeritus Professor of History, Tel Aviv University, and author of The Invention of the Jewish People