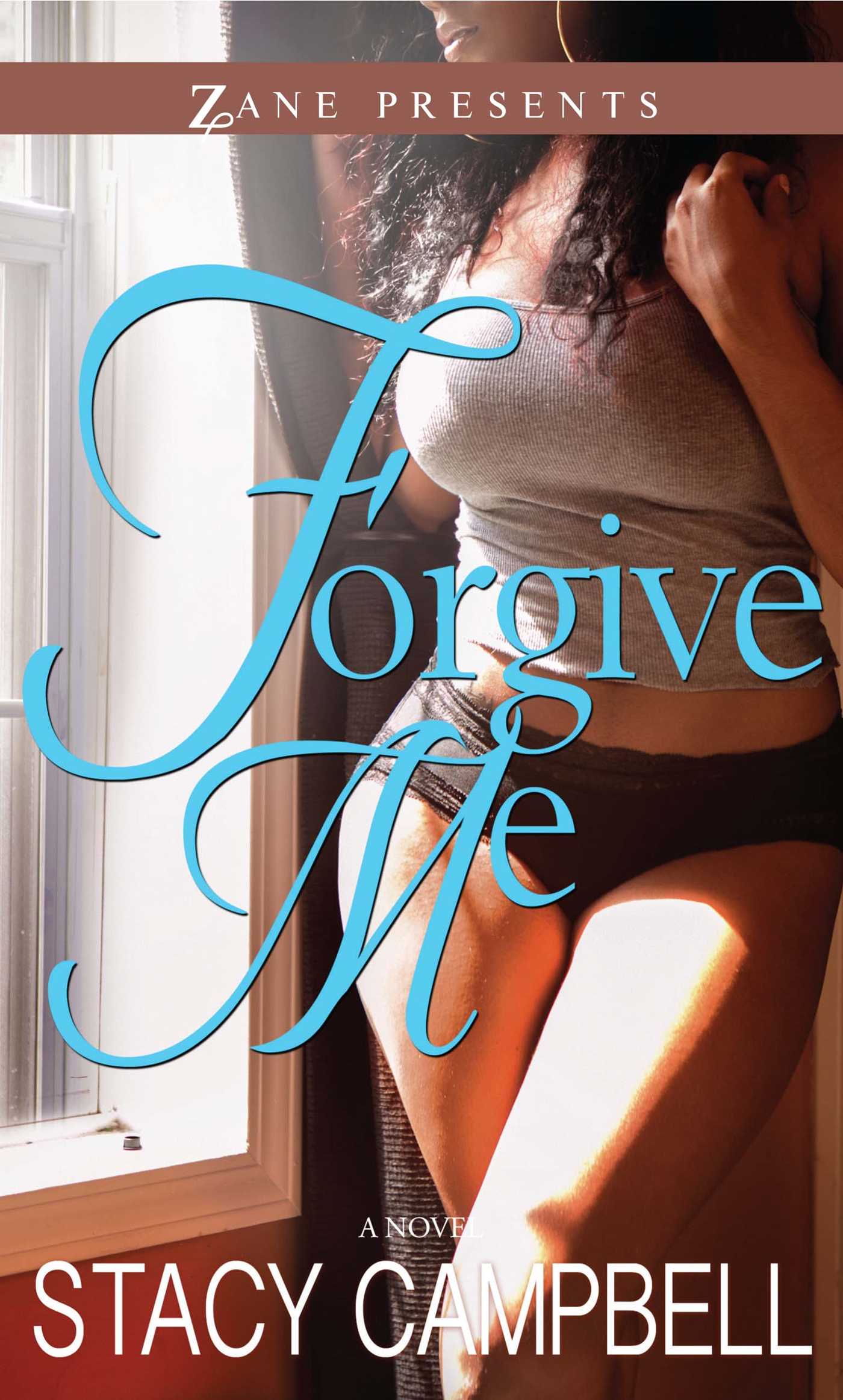 In this fast-paced sequel to the debut novel Dream Girl Awakened, five characters come to grips with their pasts amidst broken friendships, infidelity, grief, and loss.

In this fast-paced sequel to the debut novel, Dream Girl Awakened, five characters come to grips with their pasts amidst broken friendships, infidelity, grief, and loss.

Aruba Dixon has hit rock bottom. After two years of marriage, her second husband has died of Lou Gehrig’s disease, and she finds herself wanting to end it all. A botched suicide attempt makes her parents reach out to her ex-husband, James, for assistance. Up until that late-night phone call, James is living the golden life of success and wealth, but now everything is about to spin out of control… Meanwhile, Tawatha Gibson is grateful for the chance to be free again. After serving five years in prison, she is released on a technicality. Though shunned from those she loves most, Tawatha clings to the dream that she will be given another chance to start anew. But when her daughter, Aunjanue, learns about her release from prison, she’s not sure she can celebrate her mother’s freedom, let alone forgive her.

Then there’s Victoria Faulk, who struggles with forgiving and forgetting. After a messy divorce, she wrestles with feelings of inadequacy and doubt. When her new beau, Emory Wilkerson, proposes in front of family and friends, she knows she’ll never be happy until she forgives the one person who hurt her—her old “friend,” Aruba Dixon.

As the events unfold around the lives of these women, they face the challenge of letting go of the past and building new bonds. Will they come full circle and learn to move on, or will their past mistakes follow them forever?


Today is a good day to be released from prison, Tawatha thought. She gathered her duffle bag and wondered what was taking Royce so long to pick her up. She glanced backward at the Indiana Women’s Prison, her home for the past five years. She would miss the few friends she’d made, the Wednesday evening Bible study sessions, and the exchanges among the others who were also confined because of bad love choices.

She still wasn’t convinced about spirituality and all the things she learned behind bars, but she was sure of one thing: her girlfriend, Jamilah, pulled a ram out of a bush and set her free. Not only was she free, but she’d also gained a certain measure of respect from the other prisoners—even after killing three of her four children in a house fire.

“Tawatha,” a voice called out behind her.

Tawatha turned to see Faithia Perkins, a trustee and mother of the group. She’d embraced Tawatha from the beginning of her stint and kept the wolves at bay after Tawatha’s first beating by the other inmates.

“I almost missed you. CO Morris told me you were leaving. I hopped all the way from the infirmary just to say goodbye.”

“I was hoping I’d see you,” said Tawatha.

“I just wanted to give you a hug and tell you to keep your head up. I don’t want to see you back in this place. You’ve got a second chance to get it right, and I want you to make good on it.”

I will not cry, I will not cry. Tawatha opened her arms and let Faithia’s embrace soothe her. She would miss the earthy smell of Faithia’s skin, the gentleness of her hands when she braided her hair, and all the long talks they had about Faithia’s sentence. “I knew saying goodbye to you would be hard. That’s why I snuck out.”

“No matter what happens, you have to move on. Don’t look back; move forward, Tawatha.”

Before Tawatha could shed a tear, Royce’s Mercedes appeared. He smiled when he saw her and dimmed his lights at the sight of Faithia. He pulled alongside the curb.

Faithia watched the handsome, salt-and-pepper gentleman step out of the stylish car. Tawatha had mentioned her former boss would pick her up, but from the look in his eyes, Faithia picked up on more than an employer-to-employee vibe.

“Mr. Hinton, I’m so happy you’re here,” said Tawatha. “This is Ms. Faithia Perkins, a prison trustee, and the only reason I survived in this place.”

Royce folded his arms, raised an eyebrow, and gave Tawatha a tsk-tsk look.

“That’s better.” He extended his hand to Faithia.

“I trust you’ll take good care of Tawatha. She’s special to me. She’s come to be like a second daughter.”

“I plan to take the very best care of her.” He took Tawatha’s bag, popped the trunk, and placed it among the surprises he’d planned for her. He opened the passenger door as Tawatha eased into the seat, unsure of where they were heading.

She waved to Faithia one last time and looked ahead as Royce drove away from the prison. There was no need to look back—only forward.

“So, where are we going?” asked Tawatha.

“Well, I figured you’d want to take a shower and perhaps go out to dinner. I remember you loved Olive Garden. I want you to unwind tonight.”

“Did my mother return your calls?”

“She did.” Royce sighed. “She said she’s not ready to welcome you into her home right now and asked that you give her some time.”

Tawatha’s countenance deflated. “So where am I supposed to go? She didn’t write me in prison, and the few times she came to see me, she just stared at me like I was a monster.”

“Calm down. I anticipated this before I picked you up.”

“Ditto. Since Lasheera and Lake adopted Aunjanue, they feel your presence will disrupt her life. This is Aunjanue’s senior year, and well …” Royce’s voice trailed off.

Tawatha sat back in her seat, unable to hide her hurt. She almost wanted him to turn the car around and take her back to prison. She wondered about the kind of life would she have if the people she loved treated her like she didn’t exist. Jamilah was the only crew member who still communicated with her and had her back. To everyone else, she was a child-murdering ogress who should have been given the death penalty.

“Is that okay with you?” Royce asked, interrupting her thoughts.

“The arrangement to stay at my place for a while. You won’t actually be staying with me. There’s a carriage house in back of my property. You’re welcome to live there until you get back on your feet. That is the address I gave the corrections system.”

“Millie and I have been divorced for about two years now. After our daughter died, things were never the same between us. I filed. I don’t think she wanted to admit we were through.”

“I wish you’d told me that. Millicent was always nice to me when she came by the office. I envied your relationship. How long were you married?”

Royce drove past the main dwelling to the carriage house. His in-laws had passed nearly four years ago, leaving the house lifeless.

“Royce, this place is beautiful. Are you sure it’s okay for me to stay?”

“Last time I checked, my name was on the deed to both places. Come inside.”

Royce removed her bag and gifts from the trunk. He gave her a set of keys to the house and stepped inside the living room, giving her time and space to take in her surroundings.

“Get some rest and call me if you want to go out later tonight.”

“Royce, I’m speechless. If it takes me forever, I promise I’ll make this up to you.” She hugged him and counted the ways she’d show him just how much she appreciated his kindness.
Stacy Campbell

Stacy Campbell is the author of Dream Girl Awakened, Forgive Me, and Wouldn’t Change a Thing. She was born and raised in Sparta, Georgia, where she spent summers on the front porch listening to the animated tales of her older relatives. She lives with her family in Indianapolis, Indiana.