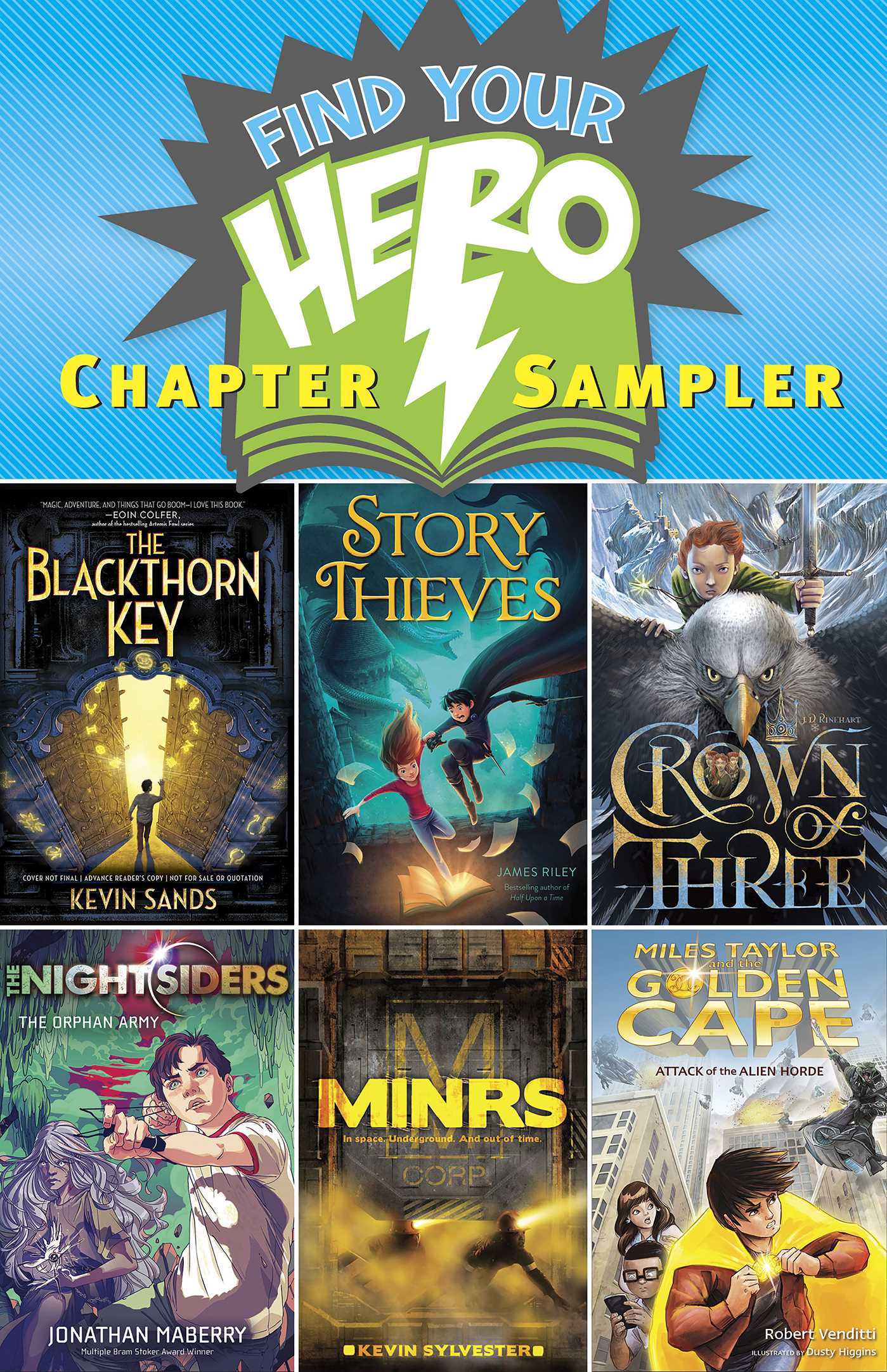 Excerpts from six of our stellar 2015 hero-themed middle-grade titles!

With six exciting reads to choose from, young readers can seek action and adventure alongside the hero of their choice.

Featuring excerpts from:
-The Blackthorn Key by Kevin Sands
-Story Thieves by James Riley
-Crown of Three by J.D. Rinehart
-The Nightsiders: The Orphan Army by Jonathan Maberry
-Miles Taylor and the Golden Cape: Attack of the Alien Horde by Robert Venditti & illustrated by Dusty Higgins
-MINRS by Kevin Sylvester

Twelve-year-old Christopher Nichols and his family are part of the first wave of colonists on Perses, a new planetoid in the solar system. They are ready to send a shipment of rare minerals and precious metal ore back to Earth when a communication blackout hits, separating Earth and Perses for two months.

Just at the blackout begins, Perses is viciously attacked.

Christopher and a small group of young survivors are forced into the maze of mining tunnels below the surface of Perses.

1. Why do you think the author chose to spell the title as MiNRS? What does the spelling of the title tell you about the story?

2. Christopher and his friends live on a newly discovered planetoid. Under what circumstances would you consider living on a different planet? What differences do you think there would be between Earth, and a newly established planetoid?

1. What do you think is the purpose of “The Great Mission” video at the beginning of the book?

3. Which parts of MINRS do you think could happen in real life? What lessons can we learn about our Earth and resources from this book?

4. How many leader figures can you identify in MiNRS? Which type of leader do you think is most effective? Is there such a thing as a “natural leader”?

5. Why do you think Alek stayed behind in the infirmary? Would you have left him?

6. What is the significance of Oliver Twist in the story? Why do you think Christopher’s father chose this book as a gift for Christopher’s mother?

7. Describe how you felt when you learned that “the grinders” were, in fact, children?

8. Do you think the MINRS and the Grinders would have survived on Perses without one another? What qualities was each group able to offer each other for survival?

9. Compare and contrast the worlds of Christopher and Fatima. How have their families and class shaped their lives?

10. The theme of trust plays a large role in the book, were you surprised when the traitors were uncovered?

12. How has Christopher developed as a character from the beginning of the book to the end?

13. What was your reaction to the message “They are coming to get you”?  How did it change when you saw that it was followed by “Hide”? How do you imagine the story to continue?

1. Create a poster on behalf of Melming Mining Corp to enlist families to join The Great Mission. Highlight what you think are compelling reasons for families to move to Perses.

Since escaping from university with a pair of degrees in theoretical physics, Kevin Sands has worked as a researcher, a business consultant, and a teacher. He lives in Toronto, Canada. He is the author of the award-winning and bestselling Blackthorn Key series.

James Riley lives in Virginia. He is the New York Times bestselling author of the Half Upon a Time, Story Thieves, and Revenge of Magic series.

J.D. Rinehart is a pseudonym for author Graham Edwards. When he’s not writing, he can be found exploring castles, watching films, or hiking through the countryside with Sir Galahad, his pet Great Dane. He loves falconry, and once raised a young falcon he found abandoned. He lives in Nottinghamshire, England.

Jonathan Maberry is a New York Times bestselling author, five-time Bram Stoker Award winner, and comic book writer. He writes in multiple genres including suspense, thriller, horror, science fiction, fantasy, and adventure; and he writes for adults, teens, and middle grade. His works include the Joe Ledger thrillers, Glimpse, the Rot & Ruin series, the Dead of Night series, The Wolfman, The X-Files Origins: Devil’s Advocate, Mars One, and many others. Several of his works are in development for film and TV, including V Wars, which is a Netflix original series. He is the editor of high-profile anthologies including the X-Files books, Aliens: Bug Hunt, Out of Tune, Hardboiled Horror, Baker Street Irregulars, Nights of the Living Dead, and others. He lives in Del Mar, California. Visit him at JonathanMaberry.com and on Twitter (@JonathanMaberry) and Facebook.

Kevin Sylvester is an award-winning writer, illustrator, and broadcaster. His books include the MiNRS trilogy and the Neil Flambé series. He lives in Toronto, Ontario. Visit him at KevinSylvesterBooks.com or on Twitter @KevinArts. 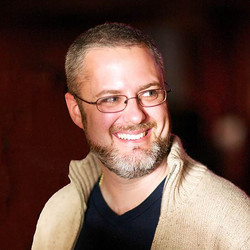 Robert Venditti is the New York Times bestselling author of numerous comics and graphic novels. He has written the monthly adventures of Green Lantern and the Flash, as well as the graphic novelizations for the Percy Jackson and the Olympians and Heroes of Olympus series. Robert lives in Atlanta, Georgia, with his wife and two children. Visit his website at RobertVenditti.com.

Excerpts from six of our stellar 2015 hero-themed middle-grade titles!