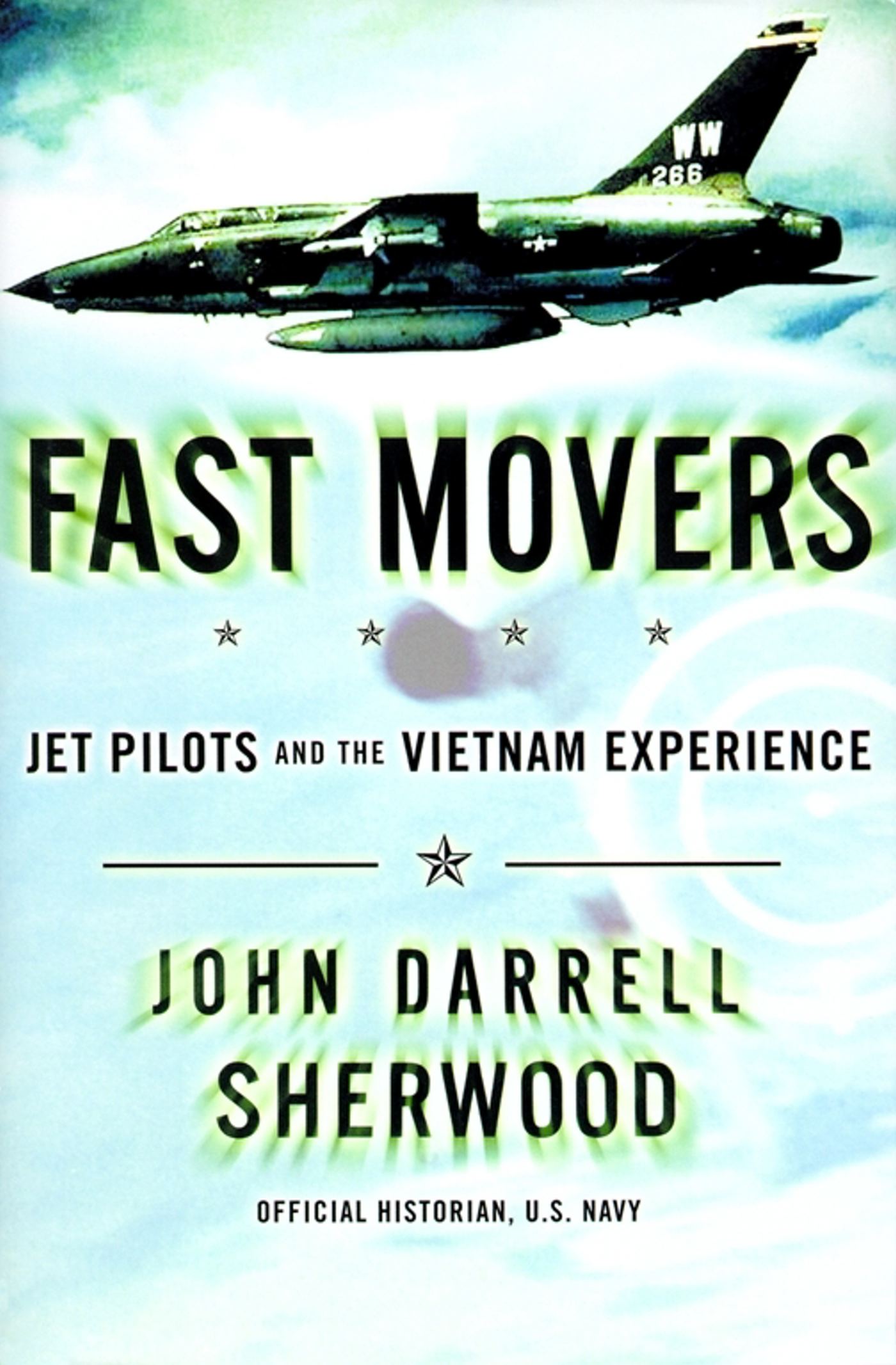 Jet Pilots and the Vietnam Experience

The war in the skies above Vietnam still stands as the longest our nation has ever fought. For fourteen years American pilots dropped bombs on the Southeast Asian countryside -- eventually more than eight million tons of them. In doing so, they lost over 8,588 fixed-wing aircraft and helicopters. They did not win the war.
Ironically, Vietnam, though one of our least popular wars, produced one of the most effective groups of warriors our nation has ever seen -- men of dedication, professionalism, and courage. In Fast Movers, official navy historian John Sherwood offers an authoritative social history of the air war, focused around fourteen of these aviators -- from legends like Robin Olds, Steve Ritchie, and John Nichols to lesser-known but equally heroic fighters like Roger Lerseth and Ted Sienecki.
Sherwood draws on nearly 300 interviews to tell stories of great pilots and great planes in the words of the men themselves. Fliers recall jets such as McDonnell Douglas's famous F-4 Phantom, "a Corvette with wings"; the F-05 Thunderchief, the workhorse of the war; the F-8 Crusader, the last of the gun fighters; and the block-nosed but revolutionary A-6 Intruder with its fully computerized attack systems, terrain mapping radar, and digital all-weather navigation system.
Ultimately, though, it was the men who mattered. Sherwood shows us the brash confidence of famous iconoclast Robin Olds, who does not hide his thrill of the hunt -- and the kill. Roger Sheets looked like Don Knotts but prepped his "Vulture Flight" of Marine A-6s with the simple, unequivocal line, "Gentlemen, let's go out and kill something." But Sherwood lets us know that it wasn't all glory, that pilots suffered fear just like other soldiers. Ed Rasimus later admitted he thought that an assignment to Thailand was "like getting diagnosed with terminal cancer: everyone is hoping the cure will come before you die."
There were things worse than death, too. Fast Movers offers fascinating portraits -- based on Sherwood's interviews and just-declassified naval archives -- of Vietnam's POWs. Pilots lucky enough to suffer only broken bones and burns from the violence of 1960s-era Martin-Baker ejection seats struggled to find honorable ways to negotiate half-decade-long periods in captivity. Passive resistance, like Commander Jeremiah Denton's famous blinking of TORTURE in Morse Code, was sometimes successful, often brutally reprised. Escape was impossible.
Those who avoided shootdown learned to live with other frustrations. Most wanted to "go downtown" (bomb Hanoi) but were foiled by their civilian superiors, who dictated the numbers and types of aircraft that could be used in a given strike, the kinds of ordnance that could be levied against a target, and even the flight paths that could be flown. Against all odds, the pilots spawned a culture of success in the midst of failure and frustration. Fast Movers captures a hidden and crucial story of America's least successful war.

Stephen Coonts author of Flight of the Intruder Back before the earth cooled I had the extreme good fortune to fly A-6 Intruders from the deck of the Enterprise during the Vietnam War, an extraordinary experience that I have carried with me every day of my life since. The flying, the flak, the SAMs, the brotherhood of rare and honorable men -- John Sherwood captures the raw essence of the great American adventure that was the Vietnam air war in this thoughtful, informative look at some of the legendary aerial warriors of that age. Fast Movers is the next best thing to being there.

Walter J. Boyne author of Beyond the Wild Blue: A History of the United States Air Force, 1947-1997 Fast Movers is the best thing ever done on the personalities of the men who flew jet fighters in Vietnam. John Sherwood's trenchant analysis of emotions, motives, triumphs, and defeats of the men who fought the air war belongs on every book shelf.

Barrett Tillman author of MiG Master and co-author of On Yankee Station: The Naval Air War Over Vietnam Fast Movers is one of the most intriguing books to emerge from the Vietnam air war. Having known several of the major players since they returned from combat. I can say that John Sherwood portrays them accurately, candidly, and objectively. His selection of individuals, personalities, and tactical aircraft does credit to the Vietnam generation of aerial tigers: men who willingly went Up North, survived flak, SAMs, MiGs, and their own politicians -- and came back for seconds. Fast Movers not only describes what they did, but more importantly, it answers Lord Tennyson's fabled question: The Reason Why.

Mark Berent author of Eagle Station and Phantom Leader Fast Movers names names, warriors, and wings. The leadership and dedication of its air warriors are brilliantly brought to heroic life by John Sherwood. He has captured the unadulterated essence of air warriors -- what makes them tick, and what makes them stick to missions thought impossible.

Darrel Whitcomb author of The Rescue of Bat 21 Desperate men in desperate situations -- held together by a special bond. John Sherwood has captured the real stories of some of the finest Air Force, Marine, and Navy aviators of our long war in Southeast Asia. Up close and personal, he reminds us that war is a uniquely human endeavor and that the man, not the aircraft he "straps on," is really the weapon.

Jet Pilots and the Vietnam Experience