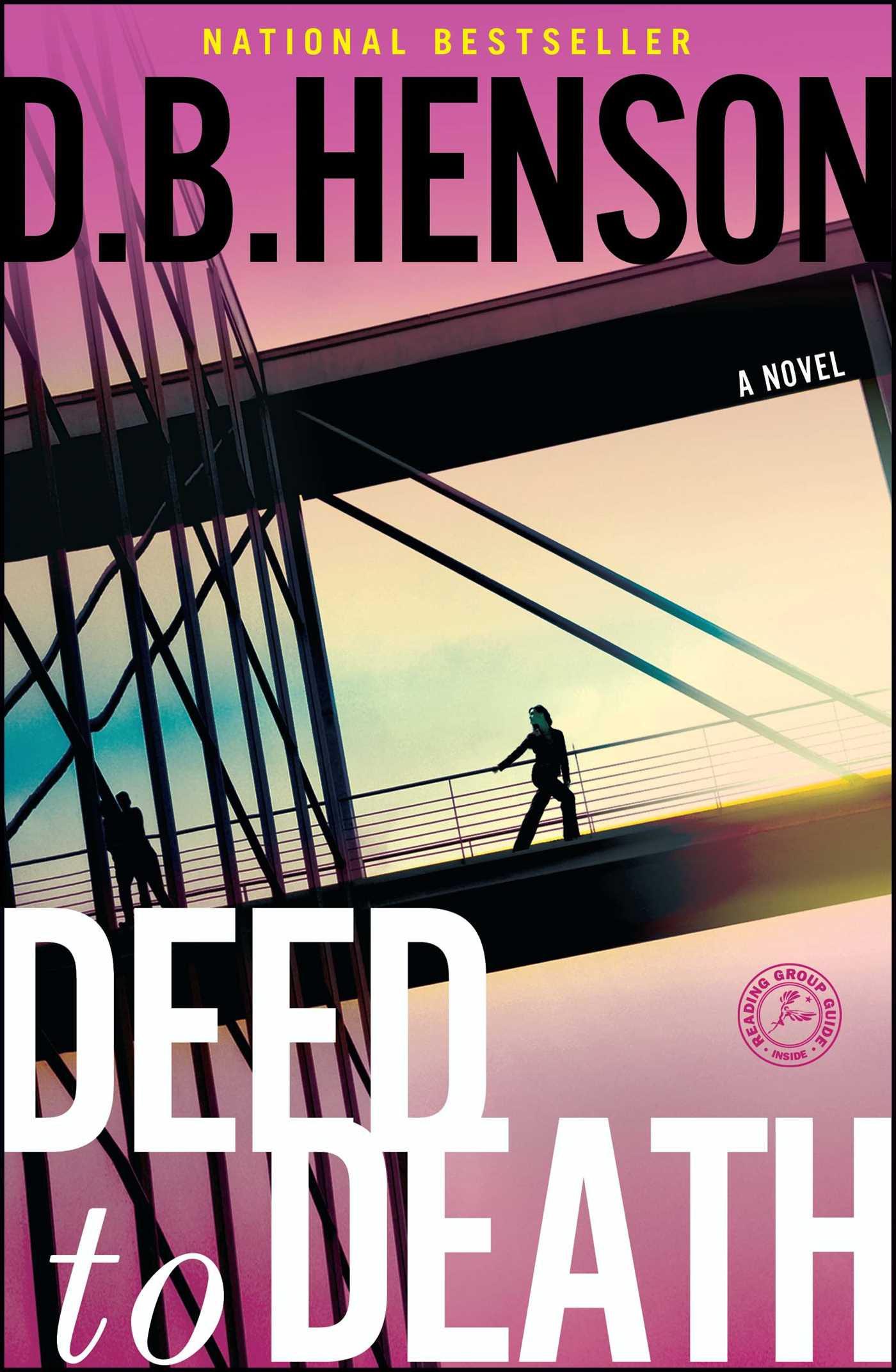 "A chilling exploration of how little we sometimes know about the people we love" (Allison Leotta) this riveting suspense novel will keep you guessing to the very end.

At twenty-nine, Toni Matthews is on the cusp of having it all—a successful career as one of the top real estate agents in Nashville, great friends, and the partner and family she’d always longed for in her fiancé, architect Scott Chadwick.

But just days before their planned nuptials, Scott plummets to his death at one of his construction sites and Toni is forced to bury her fiancé on their wedding day. Now living all alone in their new, custom-made dream house, dealing with her loss becomes even harder when the police rule his death a suicide. Yet Toni refuses to believe that it could be anything other than a tragic accident.

When she learns that Scott’s estranged brother, Brian, is contesting the will, threatening to take away her home, Toni starts to suspect that it may not have been a mere accident but something more sinister. Without the cooperation of the police, and in spite of her friends’ growing concern that she’s in denial and not dealing with her grief, Toni begins investigating on her own. As she crisscrosses Nashville on a mission to prove to herself and the world that Scott wouldn’t try to escape this life, Toni can’t shake the sinking feeling that something is off, that she’s being followed—and that her search for truth may have deadly consequences.

By clicking 'Sign me up' I acknowledge that I have read and agree to the privacy policy and terms of use, and the transfer of my personal data to the United States, where the privacy laws may be different than those in my country of residence.
This reading group guide for Deed to Death includes an introduction, discussion questions, ideas for enhancing your book club, and a Q&A with author D.B. Henson. The suggested questions are intended to help your reading group find new and interesting angles and topics for your discussion. We hope that these ideas will enrich your conversation and increase your enjoyment of the book.

1. There are a series of plot twists and shocking discoveries throughout Deed to Death. Which of these developments surprised you the most?

2. After Scott’s funeral, everyone moves quickly to secure his financial assets. Brian, his estranged brother, wants his estate, while Clint wants his business. Did these actions arouse your suspicions? Who did you suspect might have an ulterior motive, and why? Were your suspicions correct?

3. Scott designed their custom-made dream house. What does the house symbolize throughout the novel? What does it mean to Toni?

5. Why don’t the police believe Scott’s death could be a homicide? Did you ever believe Toni was in denial, or did you think she was on the right track all along? In real life, do you think it’s important to question the police’s conclusions?

6. After his death, Toni finds out about a number of secrets Scott had been keeping from her. Do you think her reaction would have been the same if he were alive? Or do you think it’s easier to forgive someone who is dead?

7. Gloria Keith claims to have been Scott’s lover. What kind of reaction does this spark in Toni? When does Toni realize that Gloria might not be telling the truth? How does Gloria’s true identity impact the narrative?

8. Toni breaks the law on more than one occasion while investigating Scott’s murder, including breaking into Josh’s house, taking his license plate, and stealing information from Chadwick & Shore human resources. Do you think her actions were justified? Why or why not?

9. Do you think Mark’s feelings for Toni were genuine?

10. Throughout Deed to Death, Toni’s trust in others is consistently broken. Whom can she actually trust? Why? What does she learn about herself through this ordeal? And does it change her?

11. Toni calls her mom at the end of Deed to Death in an attempt to mend their relationship. Discuss how family is a recurring theme throughout Deed to Death and what role it plays in the characters’ motivations, conflicts, and resolutions.

12. Do you think we can ever truly know the people we love?

A Conversation with D.B. Henson

Where did you get the idea for Deed to Death?

One day I was touring a high-rise building under construction, and as I looked down from the top-floor balcony, I thought about how terrifying it would be to fall. It was late in the day and all the workmen had gone home. With the site deserted, I realized it was the perfect place to stage a fictional murder.

How does your experience as a former real estate agent and director of marketing for a construction company inform Deed to Death? Does Toni’s professional experience reflect your own?

The only thing I really have in common with Toni is her occupation. I worked in the real estate industry for many years and know it so intimately that it was a natural backdrop for my first novel. The day-to-day activities Toni engages in are true to life and do indeed mirror my own experiences.

You originally self-published Deed to Death as an eBook. Why did you decide to go the self-publishing route initially?

When I was writing the final draft of Deed to Death, I came across a blog post by another author detailing his success self-publishing on Amazon. Before reading the post, I had never even considered self-publishing. In fact, I had already made a list of agents to query. However, I knew that going through the list of agents would take months and I might only end up with a pile of rejection letters. I wasn’t even sure my novel was saleable. Since it was my first book, I decided to take a chance and publish it on Amazon. I was shocked when Deed to Death landed on the bestsellers list.

The characters in Deed to Death are complex and three-dimensional individuals with distinct personality traits and flaws. Who was your favorite character to create, and which character do you like the most?

I think Mark was probably the most fun to create. Despite his many sins, he actually sees himself as a good man. Deep down, there is a sliver of good in him. This is evidenced by the fact that he sacrificed his own life for Toni.

My favorite character is Toni. She’s strong, loyal, and determined, but she’s definitely not perfect. She doesn’t mind breaking the rules for what she feels is a just cause. She also has a few lessons to learn about trust and forgiveness.

Why did you choose to set the novel in Nashville?

Nashville is a dynamic and diverse city with a small-town atmosphere. The residents are friendly and welcoming. Strangers on the sidewalk will smile and say hello as they pass. It’s exactly the kind of city Toni would seek.

When did you first start writing? What is your creative process like and who are your favorite authors?

I started writing short stories when I was around six years old, but never considered having any of them published. I began writing Deed to Death in 2009.

Before I begin writing a novel, I create a complete biography for each major character that will appear in the story. I know everything that has happened in their lives—when they were born, where they went to school, and even their favorite color. Then I begin working on the plot. I like to have the entire storyline mapped out before I write a single word.

What advice would you give to aspiring writers?

I would advise them to read everything they can in the genre in which they wish to write. Study the characters, the pacing, and the sentence structure. Dissect the plot. Get a feeling for what makes a story work and what doesn’t. I would also recommend keeping a journal. Writing about daily experiences can often lead to a story idea.

Deed to Death is full of lies, deceit, and betrayal. How did you keep track of who was double-crossing whom? Were any of these characters based upon people in your life?

Before I began writing, I made an event log for each character, which helped me stay on track. None of the characters in the novel are based on actual people.

If Deed to Death were made into a film, whom would you like to be casted to play Toni, Jill, and Mark?

I was a fan of the television show Lost, and I think Evangeline Lilly would be great in the role of Toni. Kate Hudson would be perfect for Jill, and I can see Ashton Kutcher as Mark.

1. Toni lives in a beautiful house built by her fiancé, Scott. Have you ever thought of what your dream house would be like? Write down some notes and share with your book club.

2. Deed to Death takes place in and around Nashville, Tennessee, which is known as “Music City.” Research this iconic city and bring one unique fact about Nashville to share with your book club.

3. Check out www.moonpie.com and www.googoo.com to order some tasty Nashville MoonPies and GooGoo Clusters for your group! 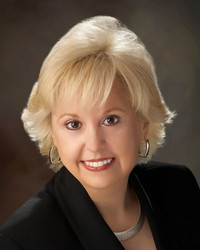 “Deed to Death grabs the reader from the very first page and doesn't let go. With a lightning pace, a gutsy heroine, and jaw-dropping twists, this is a mystery that will keep you guessing to the very end. An outstanding debut!” —Boyd Morrison, author of The Vault and The Ark

“D.B. Henson’s novel is a chilling exploration of how little we sometimes know about the people we love. It’s also good fun. Exquisite plotting, stunning twists, and a heroine you can’t stop rooting for make Deed to Death a fantastic debut. This is one book you don't want to miss!” —Allison Leotta, author Law of Attraction

“In Deed to Death, D.B. Henson delivers a can’t-miss, compelling whodunit set in the upmarket real estate game. A real page-turner—I read this in one long bite, through the night and into the next morning.” —Patrick Quinlan

“Deed to Death is like coming down that first hill of a roller-coaster. Buckle up, hold on tight and be prepared for a little whiplash.”—R.J. Jagger, author of Lawyer Trap