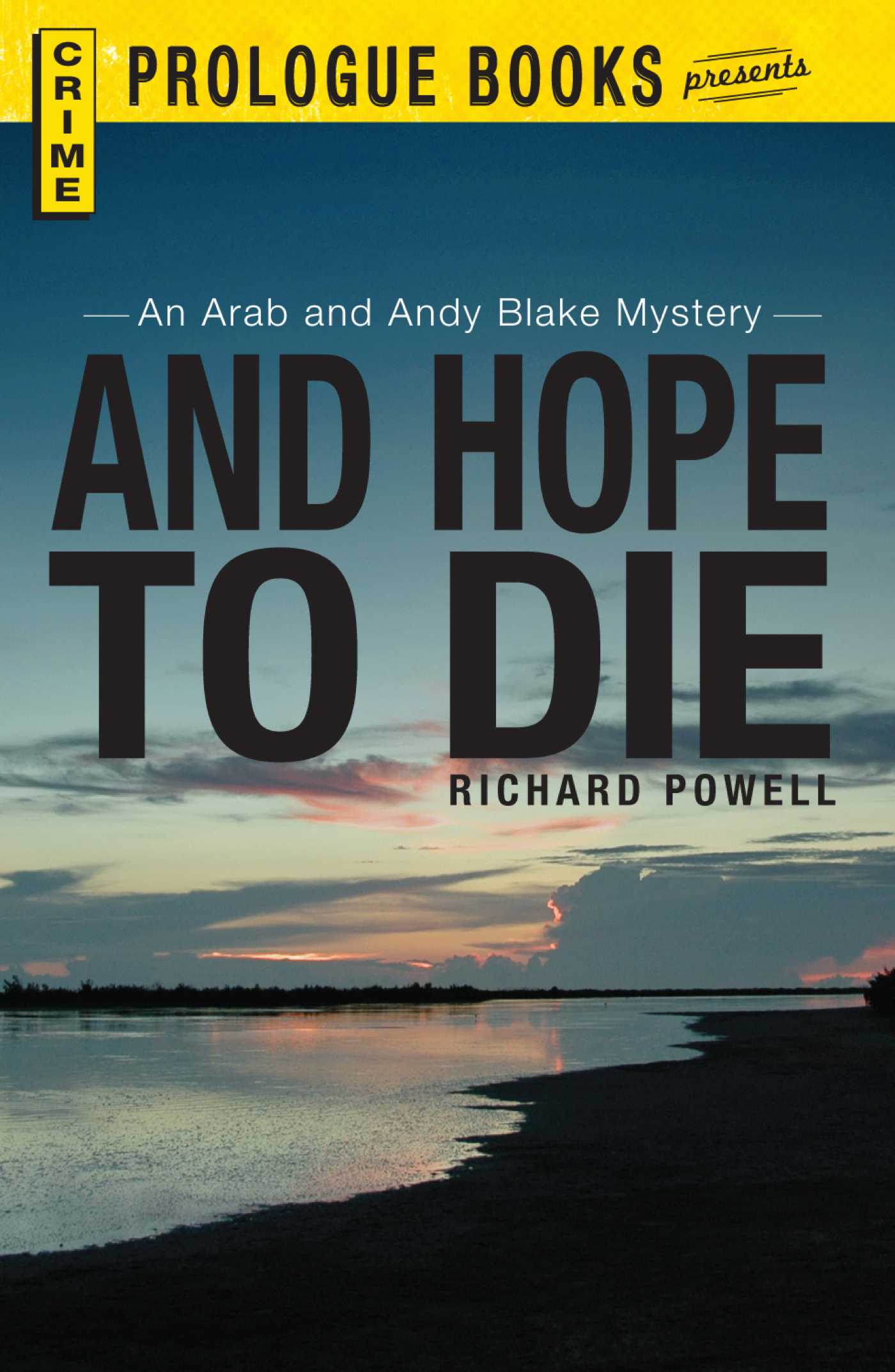 And Hope to Die

An Arab and Andy Blake mystery

''When my wife Arabella and I decided to take our summer vacation in Florida, I dreamed of lying under a coconut palm sipping a cool drink while Arab lovingly fanned a breeze my way. I have had dreams of that type before and something always goes wrong. Four years of being married to Arab should have taught me that. Whenever my lovely blond wife decides to stir up a breeze for my benefit, it is time for the Coast Guard to run up two square flags, red with black centers, one flying above the other. They tell me that’s the signal for a hurricane.''

Thus wrote Andy Blake, wistfully, at the start of his Florida vacation. Readers who have followed his adventures through the years of his tempestuous and almost fatal marriage with Arab could have told him at once. True, there was nothing more lethal on the landscape than sunlit palm trees, a lazy river, and Andy. No spies, guns, corpses, or blood stains. But there was Arab.

She began innocently enoughwith fish. Even Arab couldn’t have known that it would end with Andy, as bait, hanging off the end of a line while sharks nipped at his heels, and the gleam of a fish spear prodding through the dark water for his body. Had She But Knownshe would have gone right ahead.

It seemed so inevitable to Arab. First, the deserted green houseboat hidden in a tiny cove. Arab was sure she had seen a woman’s face at the window, and Arab was obviously not the type to leave well enough alone. Investigation was called for, said Arab.

It was not called for, said Andy.

So they found the girl, Sherry, with the red marks on her wrists and ankles, and the wild explanations that differed every time she told them.

Then along came Georgia Wood and Chuck Holley and the gay fishing trip when Georgia almost drowned although she was an expert swimmer. And Harry Fink, an expert fish spearer, who began to take a great interest in the Blakes, an interest that extended to skulking around dark corners brandishing guns.

And Hope to Die

An Arab and Andy Blake mystery