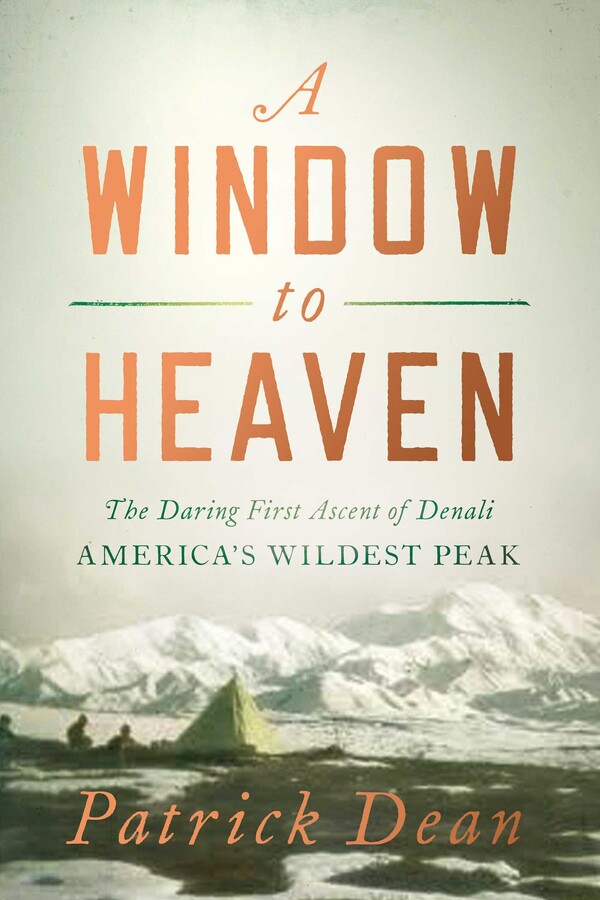 A Window to Heaven

The captivating and heroic story of Hudson Stuck—an Episcopal priest—and his team's history-making summit of Denali.

In 1913, four men made a months-long journey by dog sled to the base of the tallest mountain in North America. Several groups had already tried but failed to reach the top of a mountain whose size—occupying 120 square miles of the earth’s surface —and position as the Earth’s northernmost peak of more than 6,000 meters elevation make it one of the world’s deadliest mountains. Although its height from base to top is actually greater than Everest’s, it is Denali's weather, not altitude, that have caused the great majority of fatalities—over a hundred since 1903.

Denali experiences weather more severe than the North Pole, with temperatures of forty below zero and winds that howl at 80 to 100 miles per hour for days at a stretch. But in 1913 none of this mattered to Hudson Stuck, a fifty-year old Episcopal priest, Harry Karstens, the hardened Alaskan wilderness guide, Walter Harper, and Robert Tatum, both just in their twenties.  They were all determined to be the first to set foot on top of Denali.

In A Window to Heaven, Patrick Dean brings to life this heart-pounding and spellbinding feat of this first ascent and paints a rich portrait of the frontier at the turn of the twentieth century.  The story of Stuck and his team will lead us through the Texas frontier and Tennessee mountains to an encounter with Jack London at the peak of the Yukon Goldrush.  We experience Stuck's awe at the rich Aleut and Athabascan indigenous traditions—and his efforts to help preserve these ways of life.

Filled with daring exploration and rich history, A Window to Heaven is a brilliant and spellbinding narrative of success against the odds.

Patrick Dean writes on the outdoors, outdoor athletes, and the environment. He has worked as a teacher, a political media director, and is presently the executive director of a rail-trail nonprofit. An avid trail-runner, paddler, and mountain-biker, he lives with his wife and dogs on the Cumberland Plateau in Tennessee.

"A Window to Heaven is much more than a climbing epic—it’s equal parts Wild West gold rush extravaganza, sub-arctic exploration saga, and social justice crusade. Dean takes us along with the prickly muscular Christian missionary Hudson Stuck as he dogsleds thousands of miles through Alaska’s frozen wilderness, fighting to shield its native cultures from the greed, whisky, physical and sexual abuse, cultural imperialism, and environmental devastation riding in the vanguard of white 'civilization,' all while telling the astonishing account of Stuck’s triumphant first ascent of Denali."

– Gregory Crouch, author of The Bonanza King and Enduring Patagonia

"In A Window to Heaven, Patrick Dean brings together the story of a humble Episcopal priest with the stupendous chronicle of the improbable first ascent of North America's tallest and most magnificent mountain. A book whose scope, themes, and drama are worthy of Denali itself."

"Everyone should know about Hudson Stuck. This Englishman left for the Texas frontier in the 1880s, became a missionary in Alaska, traveled thousands of miles by dogsled, and made the first summit of Denali in 1913. He's a spectacular character who deserves to be better known today."

– Alastair Humphreys, National Geographic Adventurer of the Year, author of My Midsummer Morning

“A ‘missionary first and a mountain climber afterwards,’ Hudson Stuck, at age fifty, became the first to climb to the top of Mount McKinley (Denali) and glimpse ‘a window into heaven.’ His is a remarkable story – of faith and vision and determination – extraordinarily well told by Patrick Dean.”

– John McCardell, Vice-Chancellor and President Emeritus, Professor of History at The University of the South

"In the interior of Alaska, Hudson Stuck, Walter Harper, and John Fredson are living in the memories and, even more importantly, in the horizon of Native Alaska.  It was my privilege to see them reflected in joy and love of some of the elders who had known them in their youth.  Like so many, I was challenged and changed by the power of their stories of these extraordinary human beings.  Stuck, Harper, and Fredson, together, had a living relationship with that great land that speaks as much to the future as it adorns the past.  I am so grateful for Patrick Dean’s A Window to Heaven.  It gives a new generation the opportunity enter the excitement and promise of an adventure that still calls us all."

"A rich and sensitive portrait of a man, a mountain, and an era in Alaska’s history that we should know better. With grace and clarity Dean reveals Hudson Stuck as a missionary-explorer who was both fully of his time and able to recognize some of its deepest prejudices. Surrounded by the miners, gamblers, and Sourdoughs of the Last Frontier, Stuck rejected dominant cultures of consumption and extraction to become a rare advocate for Indigenous culture. In his careful exploration of Stuck’s life and his race to be the first to summit Denali, Dean offers a wonderful view onto the North at a time when its people, and its landscapes, should be more on our minds than ever."

A Window to Heaven