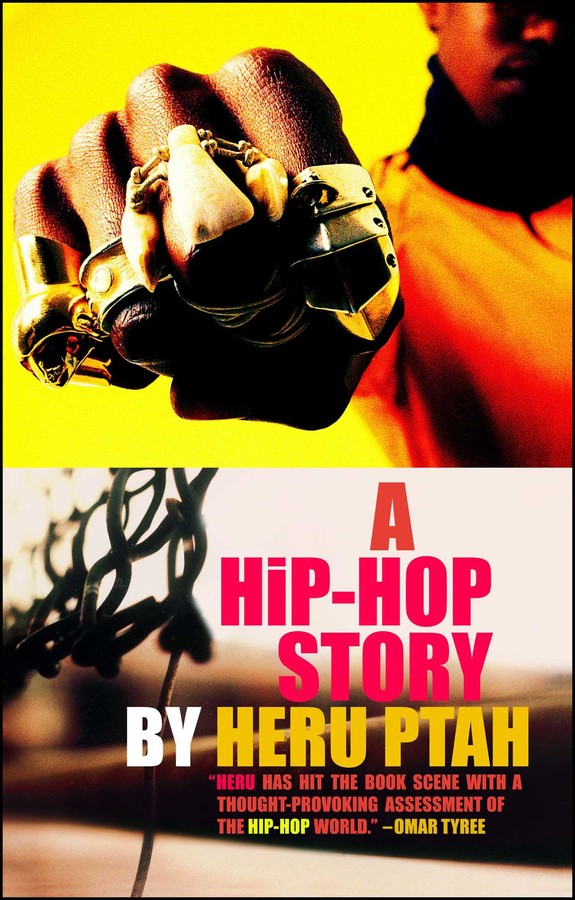 The first novel to truly capture the fast and furious world of hip-hop -- one in which the line between art and life is blurred for two ambitious MCs whose battle to be #1 is fought with weapons and words.
Rappers Flawless and Hannibal are two talented young men moving toward the same dream: to be the best, to take over the world, to see the big picture, to become the most respected rap artists of their generation. Along the way, they battle the business of mainstream hip-hop, industry honchos, crazy fans, and -- most of all -- each other. Caught up in their intense rivalry are Erika, Flawless's sister, and Micah, Hannibal's protegé, two young lovers whose loyalties toward each rapper threaten to ruin their future together. A vivid journey through the underworld of urban music, it is a West Side Story remixed to the movement of hip-hop; a story of desire and dreams, all tied to the beat of hip-hop eternal.

Flow better than you

Smell better than you

Ma shit is just better than you

But dude don't be fooled

'Cause you must be crazy

An' yo fat ass is outta breath

The words are sharp, pungent and cut through shells with a razor's edge. It takes a thick shell to bear it, to hear it, to stand still, all the while crafting an evermore denigrating comeback. As such this pudgy prodigy waited his turn, engulfed in the melee of his peers, pretending not to be fazed by his skinny opponent's stinging aspersions. Waiting for his retort, he meditated on his course of action and how to turn the affections of the ever-growing goading crowd to his favor. It was coming, he could feel it now, Skinny Man had come to the climax of his tirade; the beat was turning to his favor.

No time to be tired, think fast, the beat is on me now, here I go...and then nothing. What the hell! Oh shit...I just went blank. Shit, niggas is looking at me. What the hell was I gonna say again? It was something about what he said. But what the fuck did he say? I don't remember. Shit, how the hell I don't remember what to say? If I don't say something, this kid's gon' eat me. I won't be able to open my mouth on the street again. C'mon, God, you can't let that shit happen. Think, think. What the hell was I gon' say? All right, I'll just keep sayin' "yeah yeah" until something comes to me. All right, that did it. Cats stop staring for a second. But I gotta have something by the next time the beat turns over. God, don't do this to me. Here comes the beat. I gotta say something, but what to say? "Yeah, yeah." Think, think...aahhhhhhhhh...there it goes.

'Cause you all gas

So you talk trash

An' I ain't overweight

Hit below the belt line

Give you a uppercut to the cup

Have you cough yo' balls up

You should know better

Than to battle the Brooklyn brawler

He felt his stride and rode the rhythm. The obligatory Oh Shits began to turn his way. He held nothing back, doing the dozens with precision. It all ate into Skinny Man. He was not as good at concealing his feelings as his robust counterpart. Seeing this, Fat Man edged in for the kill, close enough to kiss. He held the death blow upon his tongue...and unleashed it: along with an inadvertent wad of spit. The Oh shits of the crowd came through clenched teeth. Skinny Man did not wait for an apology. He threw up a fist and connected quickly. Fat Man replied and the entire crowd exploded.

The fight ensued outside of the club, Rampage. It was one of the more popular hip-hop nightclubs in lower Manhattan. At seeing the progressing affray two very big, well-dressed bouncers parted their way through and quickly put an end to it. They pulled the two young men apart; who in truth did not want to be fighting, but were merely caught up in the adrenaline of the movement.

There were SUVs and all manner of expensive cars parked outside, from the Lexus to the Benz. The bouncers dressed in black suits stood at the door. There was a railing that kept the people lined against the wall. The dense procession extended the stretch of the block and around the corner. The line was a dichotomy of gender and style. The women were dressed from head to toe in the most revealing, tight-fitting things they could have squeezed their frames into, while the men wore loose-fitting denim, complemented by work boots or sneakers, with a T-shirt or some form of sports jersey. The pounding music from inside was well heard. The beat beckoned the people in with baited anticipation.

A young man at the front made his way past the bouncers and was handed a flyer as he proceeded. Upon the flyer it read: Hip-hop speak out for justice, Speak out for truth, Free all political prisoners, Fight against the war on terrorism. And on the cover it showed a man with profound eyes, dreadlocks and handcuffs. There was more to be read, but the young man paid it no mind and quickly folded it into his pocket. His mind was already well engaged by the beautiful young girl walking in front of him, keen to the manufactured faded area about her rear. They arrived at the security check where they were frisked. While the muscled guard grabbed at all parts of his body he was far more concerned with the aggressive gropes that the stout female security guard addressed to the girl. When they were finished the girl walked away and the young man approached the female guard.

She curled the corner of her lips in sarcasm and prodded him along. He tried to catch up to the girl. He, however, entered the main floor to complete confusion. The club was packed, the crowd thick and the music loud. He looked about without discretion but it was all for naught. He had lost her in the shuffle of flesh and the psychedelic pattern of lights. But within a minute he didn't seem to mind as another beautiful girl squeezed her way across his brow and his thoughts followed the sway of hips.

The crowd was dense, being anywhere from fifteen hundred to two thousand people. While bopping their heads to the beat and dancing as much as the space would allow they focused their attentions toward the stage at the DJ. He was well known and, by the smoothness in his scratches, well deserving of his accolades. He was RA, the hottest DJ in the city. Above him, an all-encompassing banner for Bin Laden hung. Bin Laden was the most popular hip-hop act at the time. He was the premier artist in the Crown Records roster; as such, the name of the ubiquitous music juggernaut was imprinted alongside his. And just below Bin Laden's banner was another for BET Freestyle Championship; again the symbol for Crown Records was imprinted, as Crown was the sponsor of both events.

The music began to fade as a man and a woman entered the stage. She was cute, medium-tanned, stockily built; well-fitted in her mix of bohemian and hip-hop. He was lean, tall, dark, handsome; attired in a mix of thug and preppy. They were Free and AJ, the hosts of BET's 106 and Park. He was the first to address the crowd, "Hey what's up, New York, how are y'all doing tonight!" And Free followed, "Yo, how's everybody doing out there? Alla y'all lookin' so beautiful. Ain't I right, AJ? Isn't everybody just looking so good tonight?"

"You are definitely right about that, Free. Especially the sistas; damn, sistas you look good! Y'all making a brother have thoughts to..." He then looked over to Free, who playfully slapped him on his shoulder.

ar"Boy, you better stop, before you get yourself beat down looking at some other man's woman."

"All right now, everybody, do we all know why we are here?"

Reacting to Free's question the crowd shouted out, "Bin Laden!"

"Yes, we are definitely here in support of our terror boy, Bin Laden," Free responded. "Doing his thing, dropping the bomb shit as always. But what else are we here for?"

"That's right, y'all, this is it," AJ remarked. "This is the grand championship of our Freestyle Battles, where two local unsigned talents are going to come up on this stage and do their thing. And when it is all over, one of them won't be unsigned anymore, 'cause he's gonna walk away with a fat-ass record deal from Crown Records, home of Bin Laden, Stalin and Lil' Hitler. Not to mention also being the sponsors of our event tonight."

The crowd cheered again as if playing a round of call and response. "Now, AJ, let's tell the people how these two guys got here."

"To get to this point both of them had to win an almost impossible nine weeks in a row on our televised Freestyle Battles. It was hard work but they both did it. And they are both here tonight to determine who is the best of the best."

"Now, do y'all know who we are talking about?" Free asked.

The crowd began to shout out, "FLAWLESS" and "BULL!" The mob was all but evenly split between supporters of Flawless and those of Hannibal. "Damn, AJ, it looks like it's gon' be a war tonight."

"That's right, Free; so let's not keep the crowd waiting anymore. Let's get this war started. Let's bring out my main man, Flawless the word shifter; and the undeniable, I tell you I'm scared of this guy, Hannibal the Cannibal."

Flawless entered the stage from the left, and Hannibal did so from the right. They were both attractive black men in their early twenties, of average heights and slim builds. Flawless however was the pretty boy. He was more neatly dressed; with his white shell-top sneakers, his light blue jeans, his black loose-fitting T-shirt and his hair: a well-cut blowout. In his Timberland boots Hannibal appeared more rugged. His clothes were darker and baggier, his demeanor sterner and his head was bald. The crowd reacted to the difference in their styles. The women screamed and swooned for Flawless, while the men barked and howled for Hannibal. Through the noise they remained silent; Free broke through the barking. "Now, gentlemen, let's get the rules straight. Basically there are no rules. This isn't like our televised show, so there are no censors. Only rule is: you keep it verbal."

"Yeah, brothers, there is no need for any physicalities here. And that goes for the audience as well. I know we all like to keep it gangsta. But let's keep it peaceful as well. Keep it on the mic."

"Without further ado, let's get started. Flawless lost the toss backstage, so he will be going first. There will be three rounds, one minute each. The audience will judge the winner of each round and the best two out of three wins." She then looked over at both men. "Brothers, are you ready? This is it. DJ, turn up the beat." 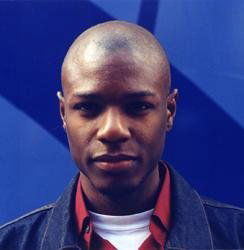 Heru Ptah is a Jamaican-born writer, poet, philosopher, and author of Love, God and Revolution. He lives in Brooklyn, New York. Visit his website at www.sunrason.com.

M-One (Dead Prez) Timely and timeless. It's already a classic.