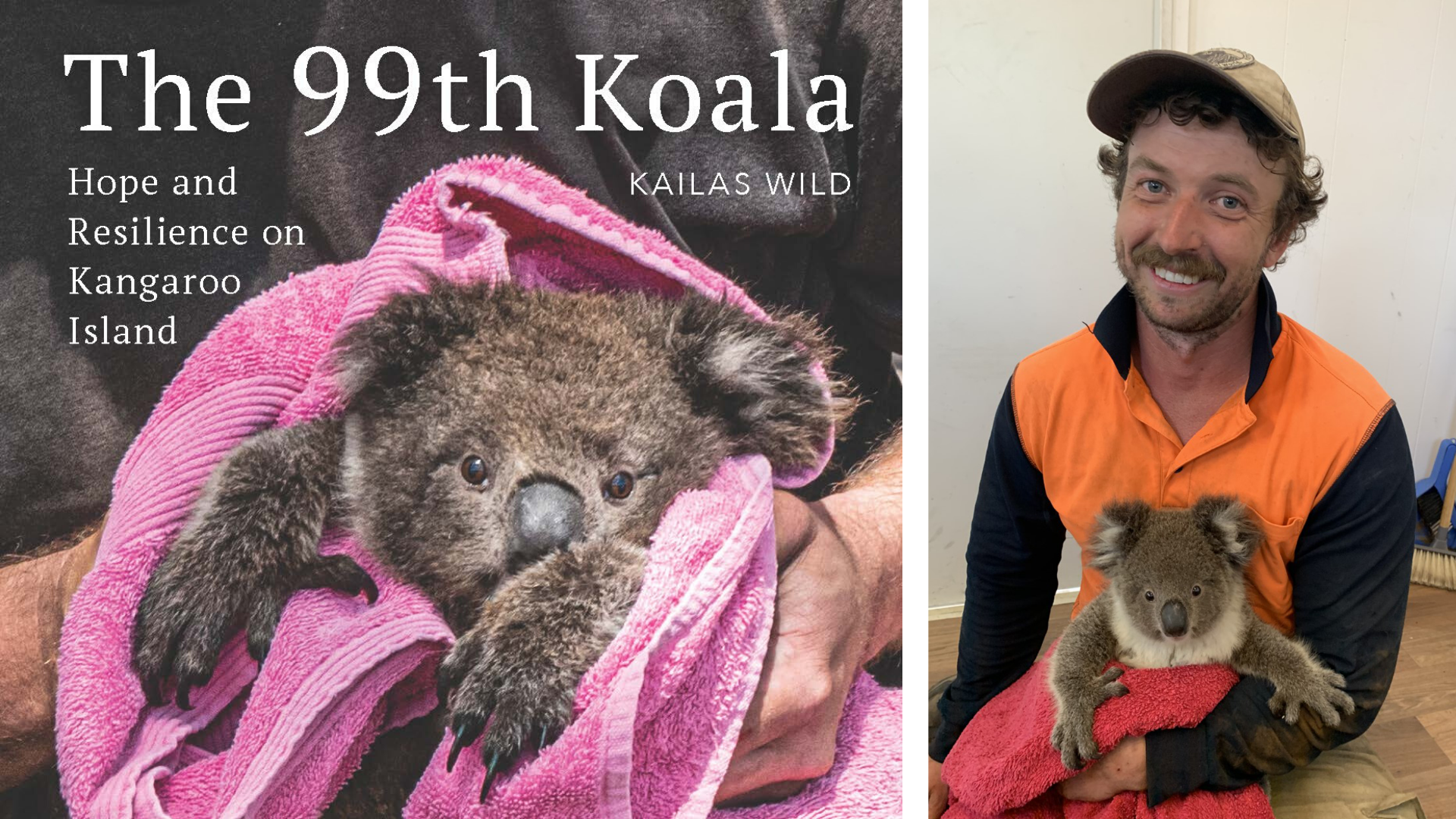 Wild came to national prominence in the wake of the devastating fires on Kangaroo Island in January, which killed untold thousands of koalas. A climbing arborist by trade and conservationist at heart, when Wild heard there were koalas needing help that could only be reached by a tree climber, he drove 1500 kilometres to volunteer.

Seven weeks later, he had crowdfunded $65,000 and participated in the rescue of over 100 koalas. His social media posts gained tens of thousands of views and press attention in Australia and abroad, including from the ABC, the BBC, The Times (London), The Daily Mail and Smithsonian Magazine.

To be published in November this year, The 99th Koala will tell the inspiring and moving story of that time on Kangaroo Island, in words and images. A proportion of proceeds will go to the Australian Koala Foundation. Wild’s untitled memoir – ‘an optimistic anthology of personal experience’ – will follow in 2022.

Kailas Wild says: 'My time rescuing fire-affected koalas on Kangaroo Island was unquestionably the most traumatic but rewarding experience of my life. The many moments of overwhelming intensity have had a lasting impact on how I see the world and who I am as a person. I’m looking forward to sharing that story.'

Publishing Director Ben Ball says: ‘Kai’s humility, humanity and practical action are an inspiration at a time we need as much hope as we can get. This story reminds us that although one person alone can’t change our climate or save our wildlife, we can act. The book will be a tonic in these dark times.’

For more information contact angus.dalton@simonandschuster.com.au
Thank you for signing up, fellow book lover!