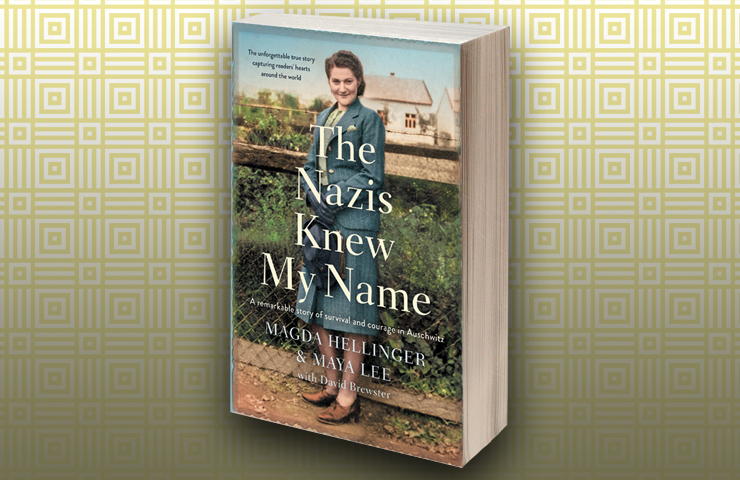 This reading group guide for THE NAZIS KNEW MY NAME includes an introduction, discussion questions, and ideas for enhancing your book club. The suggested questions are intended to help your reading group find new and interesting angles and topics for your discussion. We hope that these ideas will enrich your conversation and increase your enjoyment of the book.

In March 1942, Magda Hellinger and nearly a thousand other young women were deported as some of the first Jews to be sent to the Auschwitz concentration camp.

The SS soon discovered that by putting prisoners in day-to-day charge of the accommodation blocks, they could deflect attention away from themselves. Magda was one such prisoner selected for leadership and put in charge of hundreds and eventually thousands of women, including in the notorious Experimental Block 10. She found herself constantly walking a dangerously fine line: how to save lives while avoiding suspicion by the SS and risking execution. Through inner strength and shrewd survival instincts, she was able to rise above the horror and cruelty of the camps and build pivotal relationships with the women under her watch, and even some of Auschwitz’s most notorious Nazi senior officers.

Based on Magda’s personal account and completed by her daughter’s extensive research, this awe-inspiring tale offers us incredible insight into human nature, the power of resilience, and the goodness that can shine through even in the most horrific of conditions.

1. Even in her childhood, Magda exhibited characteristics of leadership and kindness. In what ways was Magda a leader in her community? What are some examples of her kindness to others while growing up in Michalovce?

2. Magda and thousands of other Jews arrived at Auschwitz to be met with brutal, inhumane conditions and cruel treatment. What are some examples of acts by the Nazi guards that served to humiliate and dehumanise prisoners?

3. Magda learned German from her father during her childhood. How was her ability to speak German (and other languages) helpful to Magda while at Auschwitz?

4. In the winter of 1942, Magda contracted Typhus. How did she survive, considering all diseased prisoners were sent to their death?

5. Magda often outsmarted the SS guards to save the lives of the women in her charge. What are some examples of her ingenuity?

6. Experimental Block 10 went down in history as one of the cruelest places in Auschwitz-Birkenau. What were some ways Magda and the other women survived their time there? What was the most important thing they wanted to protect?

7. Prisoners were of various nationalities, including Czech, Romani, Slovakian, Hungarian, Italian, Greek, French, and others. What may have been some obstacles between prisoners being from all around the world?

8. Who was Irma Grese? How did Magda take advantage of their unusual relationship to save hundreds of women?

9. Who is Béla? Like Magda, he used his ingenuity and leadership position to save countless lives. What are some examples of this?

10. Magda was involved in acts of resistance at Auschwitz, which eventually contributed to the prisoners’ liberation. Provide examples from the text of these forms of resistance.

11. Who were Yaakov Rosenberg and Moshe Weiss? How did their efforts help those in concentration camps, including Magda?

12. After the death march in 1945, how did Magda reach liberation? Once she was free, what did she reflect on her time at Auschwitz?

13. What was Magda and Béla’s life like after the war? What were the lasting effects of their trauma from Auschwitz? How did their lives change when they started a family?

14. What were collaborator trials or honour trials (1945-1950)? How did accusations of collaboration against Magda follow her after the war?

15. In the Epilogue, Maya compiled various testimonies from survivors who knew Magda during their imprisonment at Auschwitz. What are some notable moments used to describe Magda? Use evidence from the text to support your response.

1. Magda often had to hide her emotions from the SS guards while maintaining her determination to survive. Can you think of a time when you had to suppress your emotions yet remain dedicated to the task at hand? How did that make you feel? What was the result?

2. How does Magda’s account of her experience at Auschwitz differ from what you know of history? How much can this difference be attributed to her unique leadership position? Give examples from CHAPTER 3: AUSCHWITZ.

3. On p. 57, Magda says, ‘I repeated my mantra that if we stuck together and worked for each other, we increased our chances of living long enough to do that … though it was much harder now.’ Have you ever adopted a mantra to get you through a trying time? How did that mantra help you? 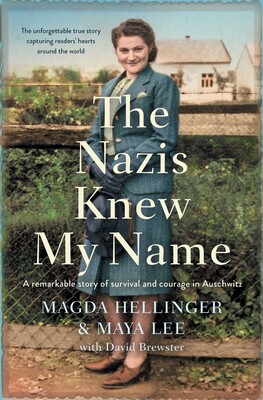 By Maya Lee and Magda Hellinger

The extraordinarily moving memoir by Australian Slovakian Holocaust survivor Magda Hellinger, who saved an untold number of lives at Auschwitz through everyday acts of courage, kindness and ingenuity.

In March 1942, twenty-five-year-old kindergarten teacher Magda Hellinger and nearly a thousand other young Slovakian women were deported to Poland on the second transportation of Jewish people sent to the Auschwitz concentration camp. The women were told they'd be working at a shoe factory.

At Auschwitz the SS soon discovered that by putting Jewish prisoners in charge of the day-to-day running of the accommodation blocks, camp administration and workforces, they could both reduce the number of guards required and deflect the distrust of the prisoner population away from themselves. Magda was one such prisoner selected for leadership and over three years served in many prisoner leader roles, from room leader, to block leader – at one time in charge of the notorious Experimental Block 10 where reproductive experiments were performed on hundreds of women – and eventually camp leader, responsible for 30,000 women.

She found herself constantly walking a dangerously fine line: using every possible opportunity to save lives while avoiding suspicion by the SS, and risking torture or execution. Through her bold intelligence, sheer audacity, inner strength and shrewd survival instincts, she was able to rise above the horror and cruelty of the camps and build pivotal relationships with the women under her watch, and even some of Auschwitz's most notorious Nazi senior officers including the Commandant, Josef Kramer.

Based on Magda's personal account and completed by her daughter Maya's extensive research, including testimonies from fellow Auschwitz survivors, this awe-inspiring tale offers us incredible insight into human nature, the power of resilience, and the goodness that can shine through even in the most horrific of conditions.

‘This is an excellent read for those interested in a more detailed history of the Holocaust. The rare and fascinating personal accounts of infamous SS guards and personnel help to make The Nazis Knew My Name unputdownable, while Magda’s enduring choice to save who she could will hopefully inspire kindness and selflessness in another generation.' Glam Adelaide