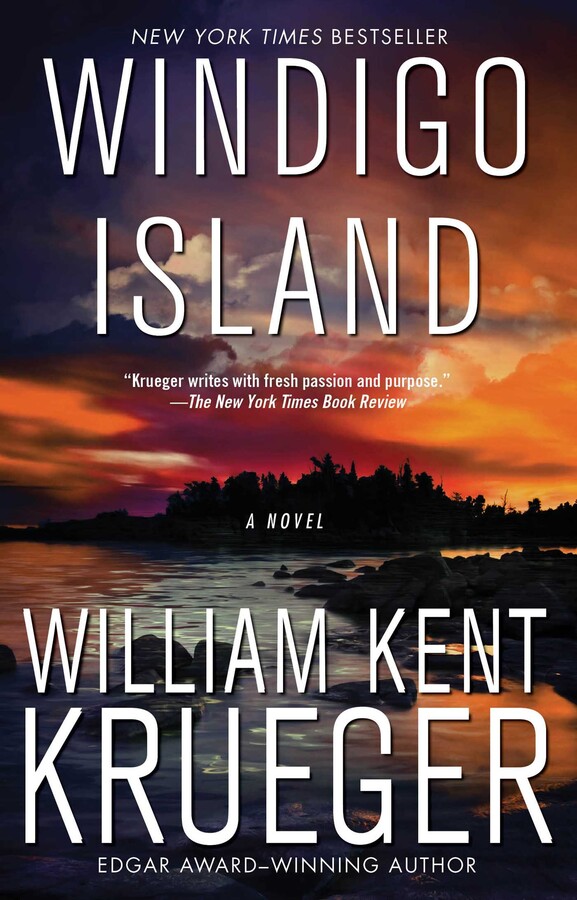 When the body of a teenage Ojibwe girl washes up on the shore of an island in Lake Superior, the residents of the nearby Bad Bluff reservation whisper that it was the work of a deadly mythical beast, the Windigo, or a vengeful spirit called Michi Peshu. Such stories have been told by the Ojibwe people for generations, but they don’t explain how the girl and her friend, Mariah Arceneaux, disappeared a year ago. At the request of the Arceneaux family, Cork O’Connor, former sheriff turned private investigator, takes on the case.

But on the Bad Bluff reservation, nobody’s talking. Still, Cork puts enough information together to find a possible trail. He learns that the old port city of Duluth is a modern-day center for sex trafficking of vulnerable women, many of whom are young Native Americans. As the investigation deepens, so does the danger.

Yet Cork holds tight to his higher purpose—his vow to find Mariah, an innocent fifteen-year-old girl whose family is desperate to get her back. With only the barest hope of saving her from men whose darkness rivals that of the legendary Windigo, Cork prepares for an epic battle that will determine whether it will be fear, or love, that truly conquers all.

“A punch-to-the-gut blend of detective story and investigative fiction.... Krueger has written an investigative novel as blistering and crucial in its indictments of contemporary evil as The Jungle.”

“Krueger paints a vivid picture of the sordid cycle of poverty, abuse, alcoholism, and runaway (or throwaway) children on the reservation, and reminds us of the evil of men all too willing to exploit the innocent.”

“Krueger at his page-turning best — but this time with a higher purpose.”

“Krueger demonstrates his penchant and ability for finding deep, rich and new veins of stories from the seemingly inexhaustive mine of the rural and deceptively peaceful northern Minnesota and its surrounding environs."

“Krueger juggles a large cast of characters deftly and doles out clues to the mystery judiciously. More important, he recognizes the complexity of this place and its people.”

“Krueger is skillful in many things — creating strong characters, building drama and conflict, braiding in Indian legend and spirituality, and spinning a good yarn — but sense of place may well be his forte.”

“...a winter’s tale that will both break and warm the reader’s heart.... Krueger’s evident empathy for the Ojibwe and their traditions and values blends seamlessly with horrific violence played out against O’Connor’s struggles to heal his family’s wounds—and his own.”

“...hold-your-breath suspense, heightened by the isolating blizzards of a Minnesota winter and the eerie presence of a stalker.... Because Krueger works in the history of his characters’ relationships in a clear and elegant way, this exceptionally scary suspense story will prove riveting for both newcomers to the series and readers who have followed Cork as he and his family have aged and grown.”

“Krueger is in fine form in this superb, highly atmospheric tale, deftly capturing a wide range of emotions and conflicts between assorted characters. . .you’re in for a real treat.”