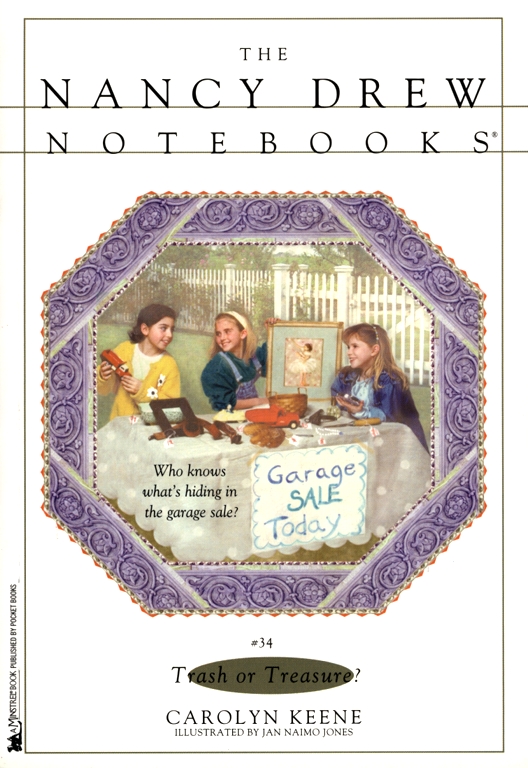 Sometimes one person's trash is another person's treasure
The sign says No Early Birds, but everyone's already lining up for the neighborhood garage sale. Nancy and her friends are helping out. Each has already spotted something she wants, and they're all happy except Bess. She loves a beautiful ballerina painting, but it's too expensive -- and at least three other people are interested in it.
Bess can't afford the ballerina unless she sells some of her old CDs -- fast! The girls are trying to help her when the painting suddenly disappears. Who took it? Was it a real treasure worth a fortune? Nancy has already lined up some big-name suspects. If she doesn't solve this one, her detective career will be trashed!