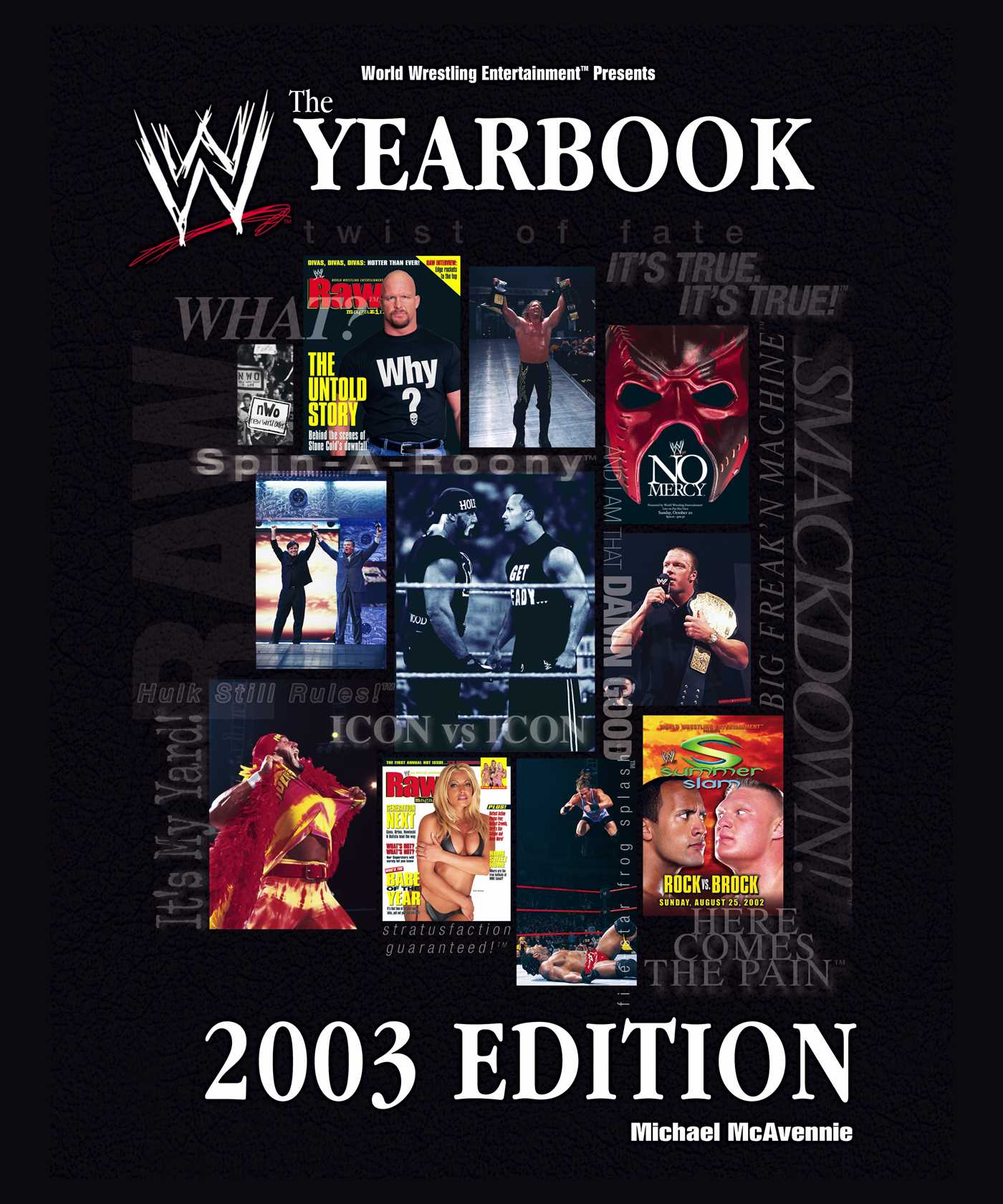 Desire. Ruthless aggression. Attitude. Respect. New blood. Returning legends. Departing heroes. Icon vs. Icon. The Draft. Separate camps. Unified titles. An Undisputed Championship. Same-sex weddings. Broken vows. Three minutes. One last run. World Wrestling Entertainment entered 2002 with a Royal Rumble,® and left it with the Armageddon-like force of an F-5 hurricane.
This is your ringside seat to the defining moments of the past twelve months. Relive the greatest matches of every Raw,® SmackDown!® and WWE Pay-Per-View in 2002, including WrestleMania X8, SummerSlam® and Survivor Series, as well as U.K. exclusives Insurrextion; and Rebellion. Submit to the finishing moves of WWE Superstars like The Rock,® Hollywood Hulk Hogan, Undertaker,® Triple H, Kurt Angle, Ric Flair, Rob Van Dam, and Brock Lesnar.
This is your premier backstage pass, recapping events beyond the confines of the squared circle in 2002. Witness the corporate machinations of Mr. Vince McMahon, Ric Flair, Eric Bischoff and Stephanie McMahon as they wrestled for WWE dominance. Stripped down to the bare essentials are the Divas Trish Stratus, Torrie Wilson, and Stacy Keibler. Review the WWE owner's Confidential words over Stone Cold Steve Austin's sudden exit from the organization.
You travel first class all the way as The World Wrestling Entertainment Yearbook 2003 Edition jets to the best venues across the United States, Canada, Europe, and the rest of the world. Get the celluloid facts from Tinseltown behind The Rock's blockbuster film The Scorpion King. Avoid a beatdown from Chris Jericho® while getting the music lowdown on his band Fozzy, last summer's Ozzyfest tour and numerous WWE CD compilations. Take part in the "SmackDown! Your Vote" campaign trail, along with last year's other fundraisers and events that established the WWE as more than the undisputed leader in sports entertainment.
It's time to put on the T-shirt of a favorite WWE Superstar, grab some snacks, pull up a steel chair and wooden table, and experience The WWE Yearbook 2003 Edition. Just don't read it under a ladder.