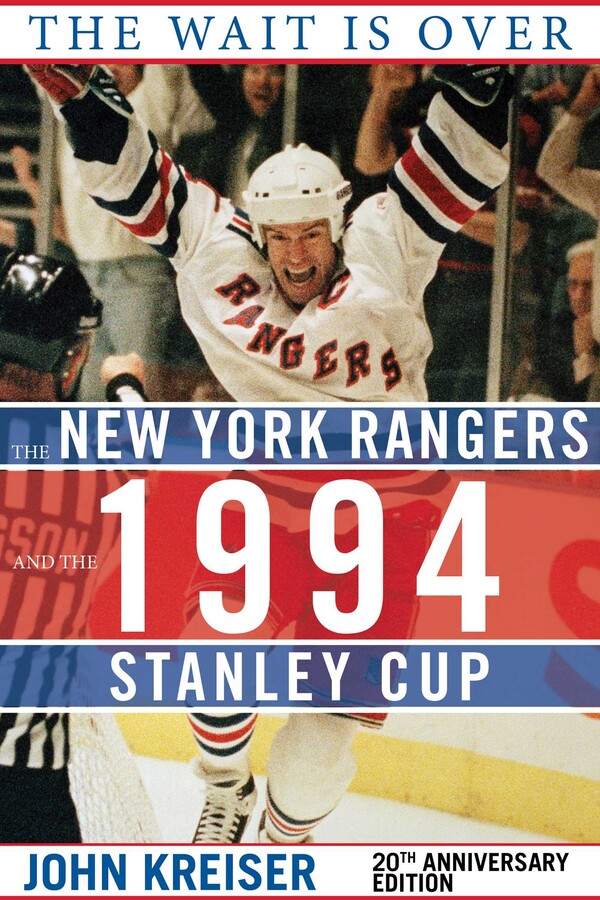 The Wait Is Over

The New York Rangers and the 1994 Stanley Cup

After an over 50-year drought, the New York Rangers defeated the Vancouver Canucks in a dramatic seven-game series to capture the Stanley Cup in 1994. For this reason and countless more, 199394 will forever stand out as one of the most memorable seasons in Rangers history.

Now, 20 years later, NHL.com writer John Kreiser recounts that historic season, from the key acquisitions leading up to the first game, to the erratic beginning of the regular season, and all the way through the victory parade. Including stories of new coach Mike Keenan, goaltender Mike Richter, and key players like Steve Larmer, Stéphane Matteau, Mark Messier, and many more, Kreiser relies on numerous interviews with an array of sources to recapture all the glory from 20 years ago. The Wait Is Over is a perfect addition to the bookshelf of any fan of Rangers hockey!

John Kreiser has covered the NHL for more than forty years for the Associated Press, Sports Illustrated for Kids, and numerous magazines and websites. He has been in the Stanley Cup–winning locker room for all three New York–area teams and is currently a managing editor for NHL.com.

The Wait Is Over

The New York Rangers and the 1994 Stanley Cup