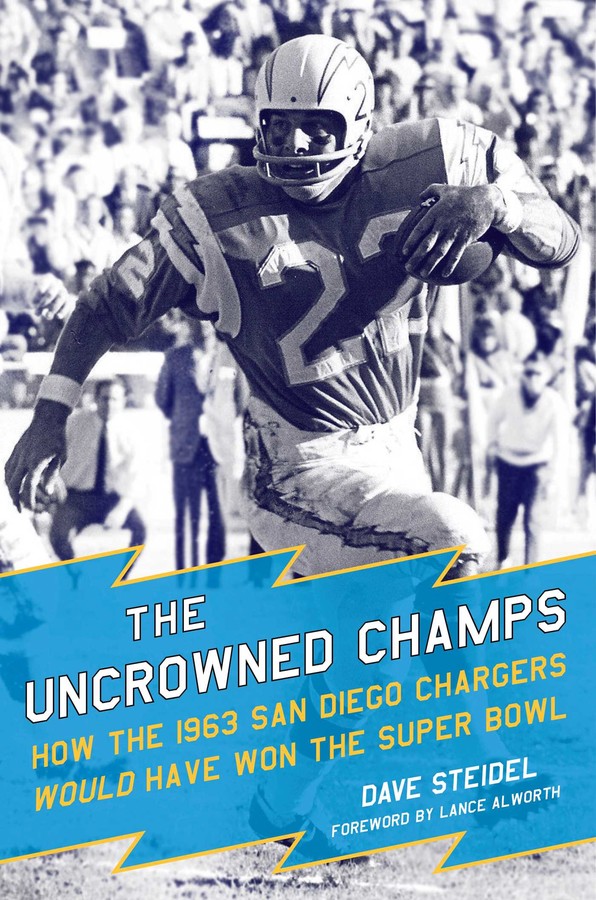 Before the inception of the Super Bowlfootball’s faceoff of the best teams to find out who is truly superiorthe two leagues (AFL and NFL) would each have their own championship game. This bad blood stuck around until the merger of the leagues in 1966.

Since beginning play in 1960, the American Football League had always taken a backseat to the National Football League. It was considered a secondary league; the best and most skilled players went to the more powerful NFL, which had been around for nearly fifty years.

During the 1963 NFL season, the Chicago Bears reigned supreme, commanding every team that crossed their path. But were they the best team in football? If you asked the San Diego Chargers of the AFL, that answer would be a resounding no.

The Uncrowned Champs follows the incredible season of the ’63 Chargers as they transformed their roster from a 410 finish in 1962 to a conquering force that ripped through the AFL. With a week-to-week breakdown, Dave Steidel chronicles the team’s innovative, high-scoring, juggernaut offense and top-rated defense that featured a fearsome, foursome front-line.

Unfortunately for football fans, the Bears and Chargers never met on the field that year. But thanks to new technology, we are able to conduct a computer simulation of what would have been the first Super Bowl game and answer the fifty-year-old question of who was the best football team of ’63?

Featuring a foreword by Chargers Hall of Fame wide-receiver Lance Alworth, The Uncrowned Champs is a terrific look into the preSuper Bowl era, when two rival leagues fought for dominance in the public’s eye.