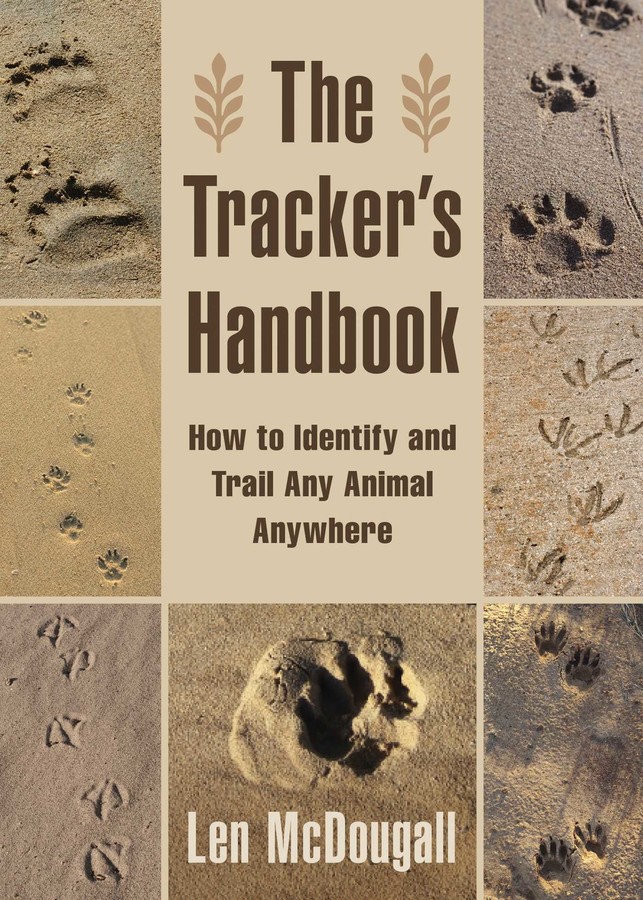 How to Identify and Trail Any Animal, Anywhere

Few experiences in the wild are as satisfying as tracking down an animal on its own terms on its own turf. Whether you’re hunting, seeking to capture an animal's image on film or video, or simply trying to get closer to nature, successful tracking is a valuable, and disappearing, skill. The Tracker’s Handbook was written to make anyone, no matter how much experience they have in the wild, better versed in the fine points of tracking North American wildlife. Len McDougall’s book will also cover the modern tools that can make tracking easier.

Over twenty different animals are profiled, including the New World Moose, American Elk, and Whitetailed Deer. Each section goes into fine detail, including the habitat and range; foods; mating and seasonal habits; tracks; scat (feces); signs; and vocalizations of the animals. Plus there are detailed sections on tracking and stalking techniques such as cold hunting, camouflage, and using the stump method. In addition to all of this, the book is rife with full gorgeous full color photographs, illustrating each point. For anyone looking to up their hunting game, for anyone that is interested in nature and all its majesty The Tracker’s Handbook is a must have.

Skyhorse Publishing is proud to publish a broad range of books for hunters and firearms enthusiasts. We publish books about shotguns, rifles, handguns, target shooting, gun collecting, self-defense, archery, ammunition, knives, gunsmithing, gun repair, and wilderness survival. We publish books on deer hunting, big game hunting, small game hunting, wing shooting, turkey hunting, deer stands, duck blinds, bowhunting, wing shooting, hunting dogs, and more. While not every title we publish becomes a New York Times bestseller or a national bestseller, we are committed to publishing books on subjects that are sometimes overlooked by other publishers and to authors whose work might not otherwise find a home.

Len McDougall is a field guide and wildlife tracker in Michigan’s north woods, where he teaches survival classes and tests outdoor products. He has written for Field & Stream and published several books, including The Self-Reliance Manifesto, The Complete Tracker, The Encyclopedia of Tracks and Scats, The Field & Stream Wilderness Survival Handbook, and Practical Outdoor Survival.

How to Identify and Trail Any Animal, Anywhere