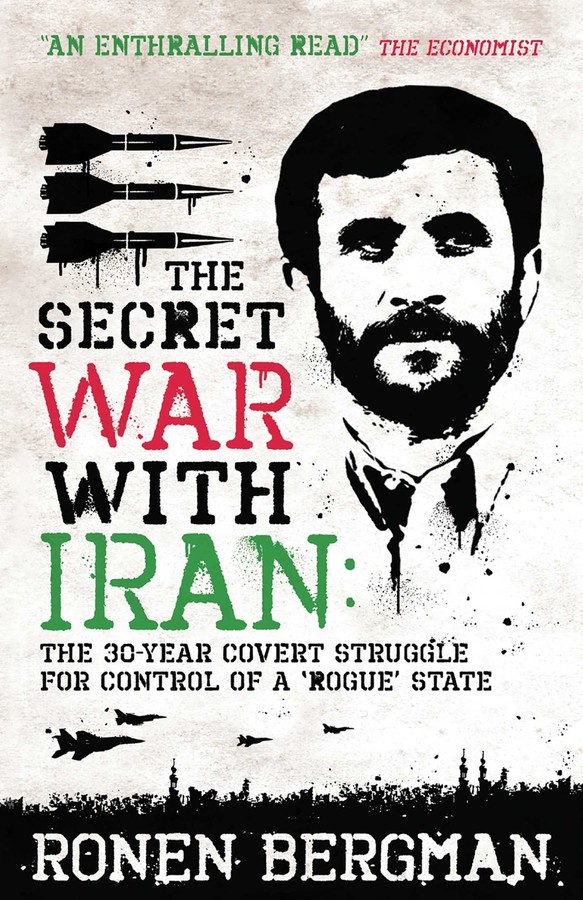 The Secret War with Iran

The 30-year Covert Struggle for Control of a Rogue State

While many now fear a looming war with Iran, few know that this war is already raging and has been doing so for the past three decades.

Starting from the aftermath of the Iranian revolution, intelligence expert Ronen Bergman details the complex array of political manoeuvring, assassination attempts, arms trading, and suicide bombs that have characterised the secret war between Iran and the intelligence services of Israel and the United States. Drawing on interviews with a plethora of intelligence agents from all sides, this is a riveting exploration of the growing influence of Iran in the Middle East, and the covert activities of the CIA and Mossad to tackle Iran and its political ambitions.

"Ronen Bergman has managed to pull off that much-vaunted trick, beloved of blurb-writers, of making a serious ivestigative boook read like a thriller."

"Ronen Bergman combines a remarkable flair for research and tracking down elusive documents with a talent for exposition which impresses both academic and non-academic audiences."

"A groundbreaking and often startling examination of the Iranian threat and of Western efforts to combat it. Dr. Bergman has made a vital contribution to our understanding of the most pressing issue in Middle Eastern and world affairs today."

– Michael Oren - author of Power, Faith, and Fantasy: America in the Middle East, 1776 to the Prese

"Bergman has amazing access and sources inside the Israeli intelligence and military communities. There is much to learn from his reporting."

The Secret War with Iran

The 30-year Covert Struggle for Control of a Rogue State