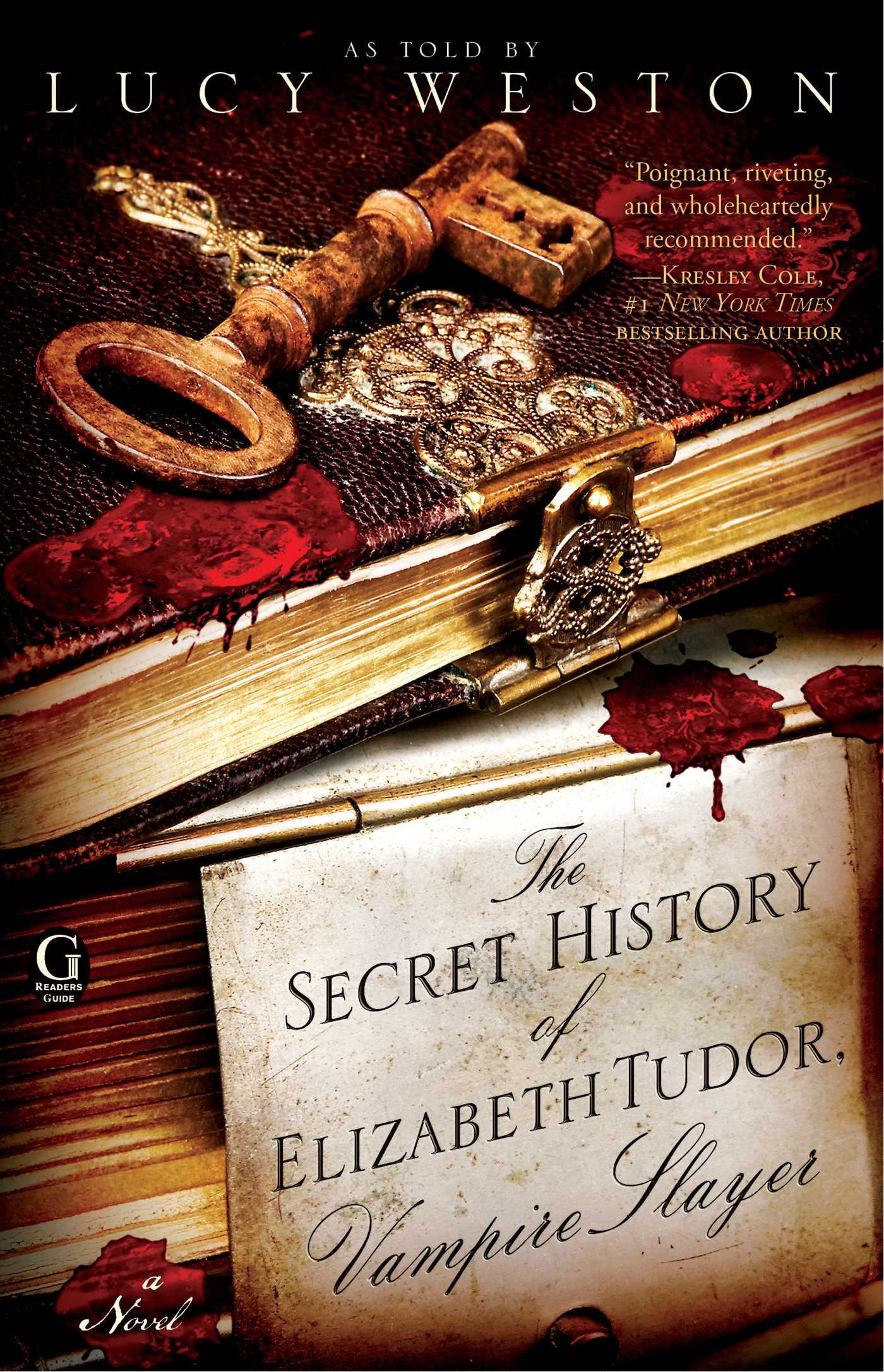 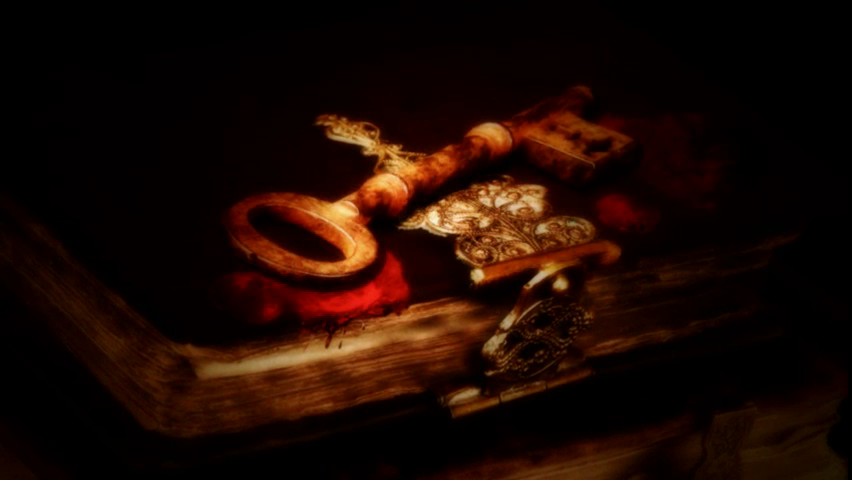 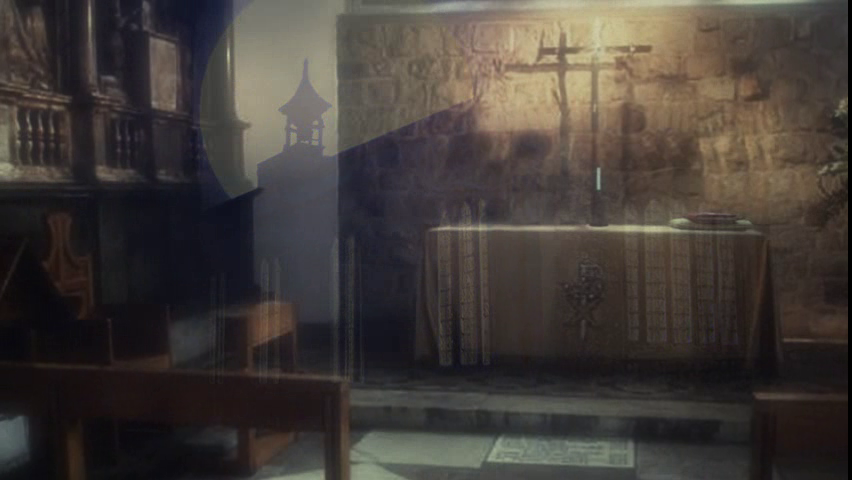 Revealed at last in this new vampire saga for the ages: the true, untold story of the “Virgin Queen” and her secret war against the Vampire King of England. . . .

On the eve of her coronation, Elizabeth Tudor is summoned to the tomb of her mother, Anne Boleyn, to learn the truth about her bloodline—and her destiny as a Slayer. Born to battle the bloodsucking fiends who ravage the night, and sworn to defend her beloved realm against all enemies, Elizabeth soon finds herself stalked by the most dangerous and seductive vampire of all.

He is Mordred, bastard son of King Arthur, who sold his soul to destroy his father. After centuries in hiding, he has arisen determined to claim the young Elizabeth as his Queen. Luring her into his world of eternal night, Mordred tempts Elizabeth with the promise of everlasting youth and beauty, and vows to protect her from all enemies. Together, they will rule over a golden age for vampires in which humans will exist only to be fed upon. Horrified by his intentions, Elizabeth embraces her powers as a Slayer even as she realizes that the greatest danger comes from her own secret desire to yield to Mordred . . . to bare her throat in ecstasy and allow the vampire king to drink deeply of her royal blood.

As told by Lucy Weston, the vampire prey immortalized in Bram Stoker’s Dracula, this spellbinding account will capture your heart and soul—forever.

By clicking 'Sign me up' I acknowledge that I have read and agree to the privacy policy and terms of use, and the transfer of my personal data to the United States, where the privacy laws may be different than those in my country of residence.
This reading group guide for The Secret History of Elizabeth Tudor, Vampire Slayer includes an introduction, discussion questions, ideas for enhancing your book club, and a Q&A with author Lucy Weston. The suggested questions are intended to help your reading group find new and interesting angles and topics for your discussion. We hope that these ideas will enrich your conversation and increase your enjoyment of the book.

On the eve of her coronation, Elizabeth Tudor discovers that she is heir to more than just the throne of England. In an arcane ritual performed at the Tower of London, her powers as a vampire slayer are awakened. Plunged into a deadly struggle for the future of her realm, she is caught between her human yearnings and the temptation presented by Mordred, king of the vampires, who offers her eternal life as his queen. In her own words, Elizabeth reveals to us her greatest fears, her most intimate longings, and ultimately the choice she makes that will change her world forever.

1. The Secret History of Elizabeth Tudor, Vampire Slayer reveals the hitherto hidden connections between the worlds of the Tudors and the Vampires. Were you surprised to discover that such connections exist? Does the involvement of paranormal forces help to explain how Elizabeth was able to reign so long and so successfully in a time of such danger?

2. If, like Elizabeth, you discovered that you had a secret destiny upon which the fate of a nation rested, how would you feel? Would you be (a) thrilled and excited; (b) terrified and apprehensive; (c) stunned but resolved to do your best?

3. Elizabeth’s awakening as a vampire slayer happens beside the grave of her mother, Anne Boleyn. Beyond Elizabeth’s determination never to marry, what do you think was the effect on her of her mother’s death? How did Anne’s tragic fate influence Elizabeth’s behavior as a woman? As a monarch?

4. Elizabeth found a surrogate mother in Kat Ashley, a woman from a very different background than Elizabeth’s own. How do you think the largely self-made Kat, who defied so many of the conventions of her time, influenced Elizabeth’s character?

5. In her journal, Elizabeth reveals intimate details of her relationship with Robert Dudley that have previously only been speculation. What do her feelings for him say about her as a woman? As a monarch? Do you believe that he truly loves her or is he, as Mordred claims, only using her to regain his family’s wealth and power? Dudley comes from a long line of traitors. Is Elizabeth foolish to trust him?

6. In bringing The Secret History to light, Lucy Weston also reveals the vampire Mordred’s version of these events. What do you think of Mordred? Is he, as society would claim, entirely evil or are there positive forces at work within him?

7. When Mordred proposes to Elizabeth that they work together to protect England, do you think she should agree? Are the worldly enemies she faces actually more dangerous than the vampires?

8. Elizabeth is frank about her attraction to Mordred and the temptation he presents. In her position, would you be as attracted to him as she is? If you had to choose, which would you pick: eternal life as Queen of the Vampires or life as a mortal?

9. What do you think is Lucy Weston’s motivation for revealing The Secret History? How closely connected do you think she is to Mordred and the vampire clan?

10. Lucy tells us that the British government has concealed the existence of the vampires and their role in British history. How do you think Her Majesty’s government is likely to respond to the release of The Secret History? Is Lucy in danger?

1. This book is composed of the journals of Elizabeth Tudor, found in the Windsor Castle after a fire and brought to the public by one Lucy Weston. Learn more about Lucy and the journals online at www.lucywestonvampire.com. And follow Lucy’s ongoing adventures on Facebook and Twitter.

3. Many great movies and shows include vampires or the Elizabethan era. Encourage group members to bring their favorite vampire and/or Tudor show or movie to a viewing party. Some suggestions: Bram Stoker’s Dracula, True Blood, Twilight, Dracula: Dead and Loving It, The Tudors, Elizabeth, Shakespeare in Love, Buffy the Vampire Slayer.


A CONVERSATION WITH THE AUTHOR LUCY WESTON

In the months preceding release of The Secret History to the public, the publisher made repeated efforts to contact Ms. Weston. As her whereabouts remain unknown and communication with her is difficult, we had almost given up when she re-appeared and agreed to sit for a short interview. Here are the results.

There has been some confusion over whether you yourself are a fictional character or an actual person. Would you like to take this opportunity to clear that up?

Not really. My decision to rescue the secret journals of Elizabeth Tudor, revealing her life as a vampire slayer, from the concealment in which they have languished for centuries has put me at odds with both the vampire clan itself and elements of the British government. Anything I can do to obscure my identity, my whereabouts, or my future plans helps to assure my safety.

That sounds as though you believe you really are in danger. Do you?

I have been in danger since the day I was ripped from my human life and turned into a creature I never wanted to be.

On that subject, your transformation into a vampire is depicted in Bram Stoker’s Dracula. He changed your name to Lucy Westenra and obviously, his claim that you were subsequently slain was false. What reason did he have for obscuring what actually happened?

You would have to ask Mister Stoker. But, of course, being dead, he can’t be called to account for his actions. I will say only that he had his reasons for promoting the notion that vampires are fictional. At another time, I may reveal his motivations more fully.

In among Elizabeth’s recounting of events, you include commentary by the vampire king, Mordred that provides a very different perspective. How did you come into possession of such information and why did you decide to share it?

Mordred has no hesitation about discussing his exploits. Anyone familiar with the vampire world in London and elsewhere can gain access to him and hear what he has to say. I decided to make known his version of events in order to help the public understand the danger he presents.

You refer to “journals” as in more than one. Should we conclude that there are more volumes of The Secret History to come?

Only if I survive long enough to bring them to public notice.

At this point in the interview, Ms.Weston received a text. Upon reading it, she indicated her need to depart immediately. Further efforts to contact her have been unsuccessful. 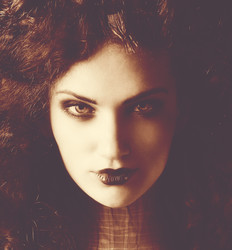 “A fascinating blend of paranormal and historical starring Elizabeth Tudor as a 16th century kick-ass heroine—what a great concept!”
--Kate Emerson, author of the Secrets of the Tudor Court series

"Get ready to know a shocking new side of the great Elizabeth I. Clever and surprising, Weston's tale of this regal young queen sparkles with intrigue, unfolding in graceful layers to reveal a previously hidden history of timeless, supernatural love and well-buried secrets."
--Shana Abe, New York Times bestselling author of the Drákon Series