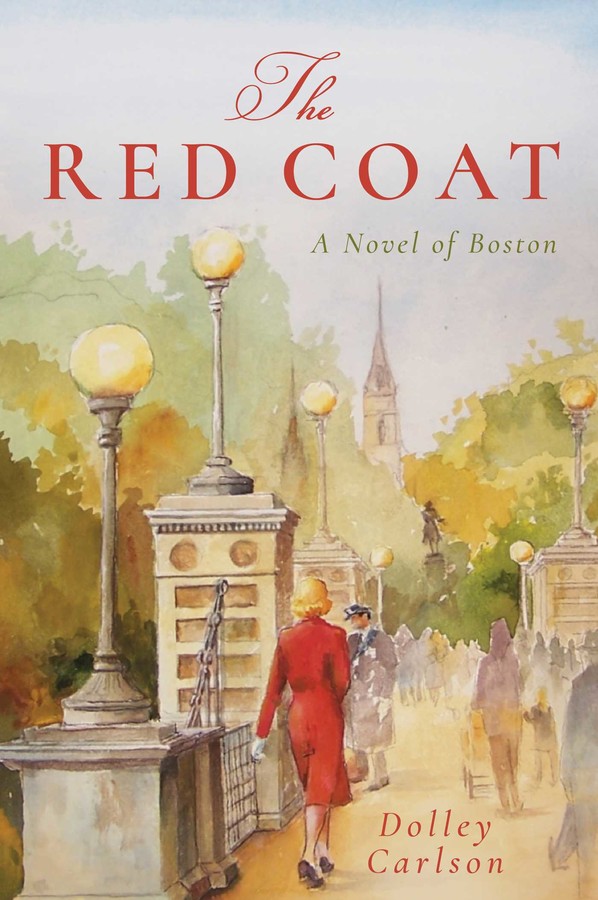 A Novel of Boston

Think Downton Abbey, set in the heart of Boston
Irish domestic worker Norah King's decision to ask her wealthy employer, Caroline Parker, for an elegant red coat that the Beacon Hill matriarch has marked for donation ignites a series of events that neither woman could have fathomed. The unlikely exchange will impact their respective daughters and families for generations to come, from the coat's original owner, marriage-minded collegian Cordelia Parker, to the determined and spirited King sisters of South Boston, Rosemary, Kay, and Rita. As all of these young women experience the realities of life – love and loss, conflict and joy, class prejudices and unexpected prospects – the red coat reveals the distinction between cultures, generations, and landscapes in Boston during the 1940s and 50s, a time of change, challenge, and opportunity.
Meet the proud, working-class Irish and staid, upper-class Brahmins through the contrasting lives of these two families and their friends and neighbors. See how the Parkers and the Kings each overcome sudden tragedy with resolve and triumph. And witness the profound impact of a mother’s heart on her children’s souls. Carlson brings us front and center with her knowing weave of Celtic passion – both tragic and joyful – words of wisdom, romance, humor, and historical events. Dive into Boston feet first! The Red Coat is a rich novel that chronicles the legacy of Boston from both sides of the city, Southie and the Hill.

Dolley Carlson is a third-generation Irish American with Southie roots and the daughter of one of Boston's finest - BPD - Boston Police Department. The author of four non-fiction books, The Red Coat - A Novel of Boston is her latest work and first novel. She currently lives in Irvine, California.

"The Red Coat is an inspiring tale of Irish immigrants; it is a great American story that affirms the lives and honors the sacrifices of all the immigrants who have made and continue to make this country great." – Robert F. Kennedy, Jr., New York Times bestselling author of Framed

"A multigenerational story of two Boston families, one rich, one poor, in the 1940s and '50s….Carlson is a great collector of historic details. The novel is chockablock with them, and her enthusiasm for the era comes through."–Kirkus Reviews

"The Red Coat vividly captures the nuances of Irish-Catholic life in mid-20th-century America. Reminiscent of a family-oriented Last Hurrah, the novel is full of the quirks of the Irish, wonderfully brought to life by Dolley Carlson, an extraordinarily gifted storyteller who gets hold of the reader and won’t let go." – Dermot McEvoy, author of The 13th Apostle: A Novel of Michael Collins and the Irish Uprising

"Dolley Carlson holds her vivid characters with compassionate regard, the lasting gift of The Red Coat. Unafraid to render the shadows of this Boston world, in Carlson's hands it is also bright and beautiful because it is a graced world offering, with the many cups of tea, hope.” – Mary Rakow, author of The Memory Room and This Is Why I Came

"The Red Coat is a smashing read, a sweeping look at the ever-changing fortunes of a Southie Irish family struggling in the New World but also depicting the Beacon Hill family with whom they become strangely intertwined because of a red coat. Author Dolley Carlson knows Southie as few writers do and brings that Irish enclave to life both historically and in modern times in all it's tattered glory. A must-read for Americans who wonder about the lives, the trials, and the triumphs their predecessors lived through. It's all here in The Red Coat." – Niall O'Dowd, author and founder of Irish Central.com, Irish Voice Newspaper, and Irish America Magazine

A Novel of Boston