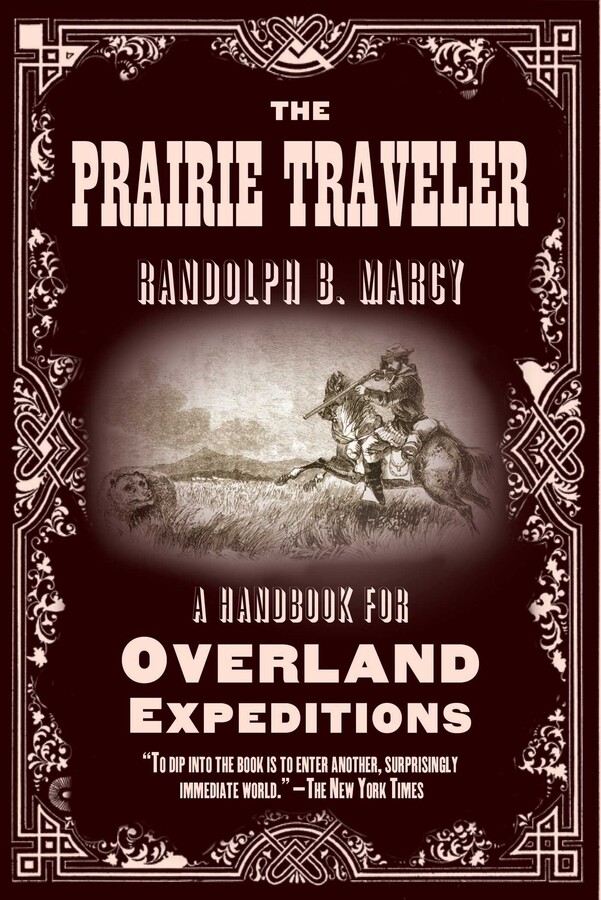 A Handbook for Overland Expeditions

By Randolph B. Marcy
LIST PRICE: AU$ 15.99
PRICE MAY VARY BY RETAILER

The first and finest handbook for travelers of the Old American West.

First published in 1859, The Prairie Traveler was the indispensable book for looking to follow the American dream, pull up stakes, head into the wilderness of the frontier, and build a new life out West. With the official blessing of the US War Department, Randolph Marcy, a captain in the US Army, published The Prairie Traveler as the ultimate guide for these pioneers, covering everything from the best way to move wagons over hostile terrain and what to pack, to describing over thirty-four different trails to be taken and the dangers one may face on the way. Captain Marcy also passes on the knowledge he gained from local Indian tribes, from how to cook and wage war to their subtle tribal differences and customs.

The Prairie Traveler stands as an important piece of early American literature, and as a fascinating presentation of the now-lost Wild West: its perils, its rewards, and ultimately, the achievements of those who worked hard to survive. Captain Marcy’s guide remains the essential guide for those who wish to discover the trials and tribulations of the early pioneers of America, and it is an indispensable addition to any historical collection.

A Handbook for Overland Expeditions

By Randolph B. Marcy
LIST PRICE: AU$ 15.99
PRICE MAY VARY BY RETAILER