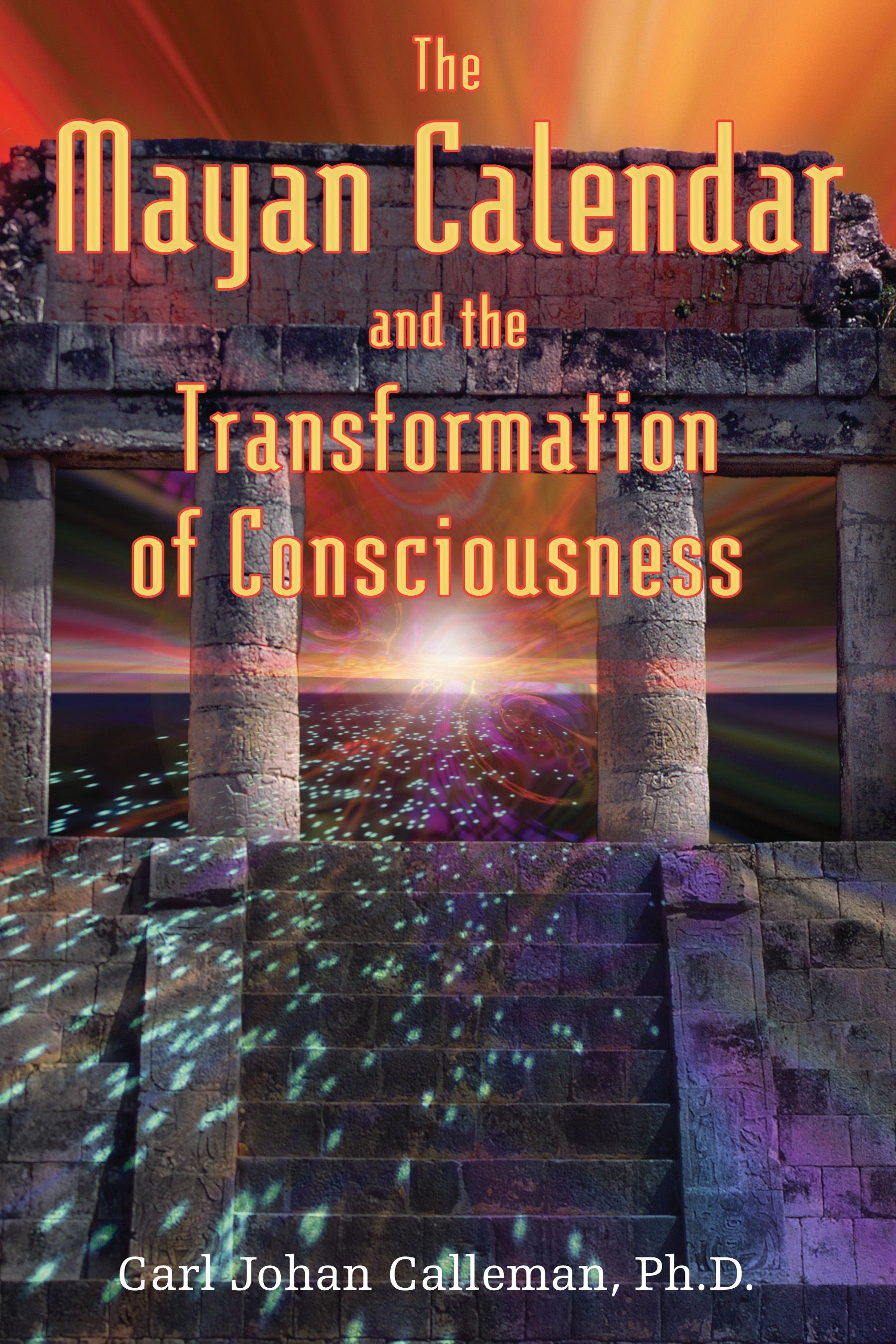 The Mayan Calendar and the Transformation of Consciousness

• Shows the connection between cosmic evolution and actual human history

The prophetic Mayan calendar is not keyed to the movement of planetary bodies. Instead, it functions as a metaphysical map of the evolution of consciousness and records how spiritual time flows--providing a new science of time.

The calendar is associated with nine creation cycles, which represent nine levels of consciousness or Underworlds on the Mayan cosmic pyramid. Through empirical research Calleman shows how this pyramidal structure of the development of consciousness can explain things as disparate as the common origin of world religions and the modern complaint that time seems to be moving faster. Time, in fact, is speeding up as we transition from the materialist Planetary Underworld of time that governs us today to a new and higher frequency of consciousness--the Galactic Underworld--in preparation for the final Universal level of conscious enlightenment. Calleman reveals how the Mayan calendar is a spiritual device that enables a greater understanding of the nature of conscious evolution throughout human history and the concrete steps we can take to align ourselves with this growth toward enlightenment.

Chapter 1 -- The Legacy of the Maya

The Return of the Sacred Calendar

Almost everyone who has studied the ancient civilizations of Mesoamerica agrees that the road to understanding their cosmology--the way these peoples looked upon the world--runs through their calendar. Clearly, the Maya were the people who had developed the most advanced calendrical system. Until the crushing of the Mexicas, the entire region, reaching into the current United States, shared the core of this calendar system, the 260-day Sacred Calendar. Before the arrival of the Spanish, the whole region was spiritually synchronized through the use of this same calendar.

It may seem odd that a calendar could be this important. Most would think the choice of a calendar is rather arbitrary and has little influence on the worldview of a civilization. But perhaps it is exactly because the choice of calendar appears so unimportant, like a mere convention, that it has become a blind spot in our consciousness. The Gregorian calendar, instituted by Pope Gregory in 1582 and now in use worldwide, is taken as a given, and there seems little reason to replace or complement it.

But what if this calendar exerts an insidious indoctrination that most people are unaware of and strengthens a worldview that is false? This book is written partly to highlight this indoctrination and hold up the true Sacred Calendar as an alternative. It is as an alternative to the worldview imposed on us by the Gregorian calendar that the traditional Mayan calendar is now reemerging from the ashes. This Sacred Calendar is a codification of the Mayan Universe of Holy Time.

To make things worse, the Mayan calendar has been largely misrepresented by regular tourist guides and textbooks. Typically, standard books emphasize how advanced the Mayan sciences of mathematics and astronomy were in ancient days. While this may be true, it is almost entirely beside the point and by itself would not be a good cause for the revival of the Mayan calendar. After all, the astronomical measurements of today’s scientists are much more accurate than those of the ancient Maya, and if astronomy was all there was to it there would be no good reason for us to invest a deeper interest. What is important to today’s world are not the astronomical aspects of the Mayan calendar but the spiritual. Through the spiritually based nonastronomical calendars, the tun (360-day period) and the tzolkin (260-day period), the true, and unparalleled, contribution of the Maya to modern humanity is to be found.

The tzolkin, meaning “count of days” in Yucatec Maya, is also known as the Sacred Calendar. In Guatemala, the Quiché-Maya people have kept this calendar intact for a period of 2,500 years through the diligent observance of the calendar by so-called day-keepers, men and women endowed with the special responsibility of keeping track of the days. Through comparisons with dates on old stelae, archaeologists have been able to verify that not a single day has been lost in 2,500 years.

The Mayan calendar is still being used. In the past two decades, interest in the Mayan calendar has increased worldwide, and the work to reconstruct it and develop a true spiritual calendar charting the future of humanity has begun. This revival is occurring partly among researchers, who take as a point of departure that the worldview of the Maya was, and is, closer to the truth than the modern. It is also happening among the living Maya themselves, many of whom are educating their young in the old ways. At the core of the teaching is the Sacred Calendar.

The Count of Days: The Tzolkin

In the Sacred Calendar the days are counted differently from calendars developed in other parts of the world. In this calendar the days are counted in two ways. The numbers one through thirteen constitute a thirteen-day count or “thirtnight” (English has no word for it, but Spanish does: trecena). In parallel with this, each day is assigned one of twenty different signs that are always counted in a specific order, resulting in a twenty-day cycle called by the Maya a uinal. The two counts, the trecena and the uinal, run together so that each day is characterized by both a number and a sign. A common way of illustrating this is by two cogwheels, one with the thirteen numbers and the other with the twenty day signs, each of which moves one step every day to produce a new combination.

As every day is characterized by both a number and a sign, 13 x 20 = 260 different combinations of numbers and signs are generated in order. The first day is 1 Imix, the second 2 Ik, then 3 Akbal, 4 Kan, 5 Chicchan, 6 Cimi, 7 Manik, 8 Lamat, 9 Muluc, 10 Oc, 11 Chuen, 12 Eb, 13 Ben, and then not 14, but 1 Imix, because the thirteen numbers then start on a new round. Each such combination of a number and a glyph recurs every 260 days. The chart of these 260 combinations of the thirteen-day count and the twenty day signs, which is shown in figures 1.9-1.10, was referred to as the tonalpouhalli by the Mexicas and the tzolkin among the Yucatec Maya. It is still regarded as the Sacred Calendar among the living Maya, reflecting a process of divine creation that proceeds without interruption.
Carl Johan Calleman

“Reading this book is a powerful and electrifying experience. Each page offers penetrating insights that unravel the deepest mysteries of human history and the evolution of global consciousness.”

"The more you read this book, the more impressive and meaningful Calleman's historical focus becomes. . . . explains events that would seem otherwise random, and it gives certain coherence to the patterns of world history. . . . packed with an astounding level of research. . . . a totally new way of understanding our history and our possible future."

". . . outstanding for both its quality of presentation and for the depth of its content."

". . . the Mayan calendar is a map to understanding human consciousness and our place in the cosmos."

"Calleman offers a compelling view of world history, which is as a fractal component of the larger reality."

"Calleman's book is a treasure trove of history, myth, and insight into one of the most remarkable achievements in human history, the Mayan calendar. His proposal is that we moderns learn the intricacies of the calendar in order to evolve our consciousness by syncing with the planetary, galactic and universal 'high frequency evolutionary cycle.'"

The Mayan Calendar and the Transformation of Consciousness