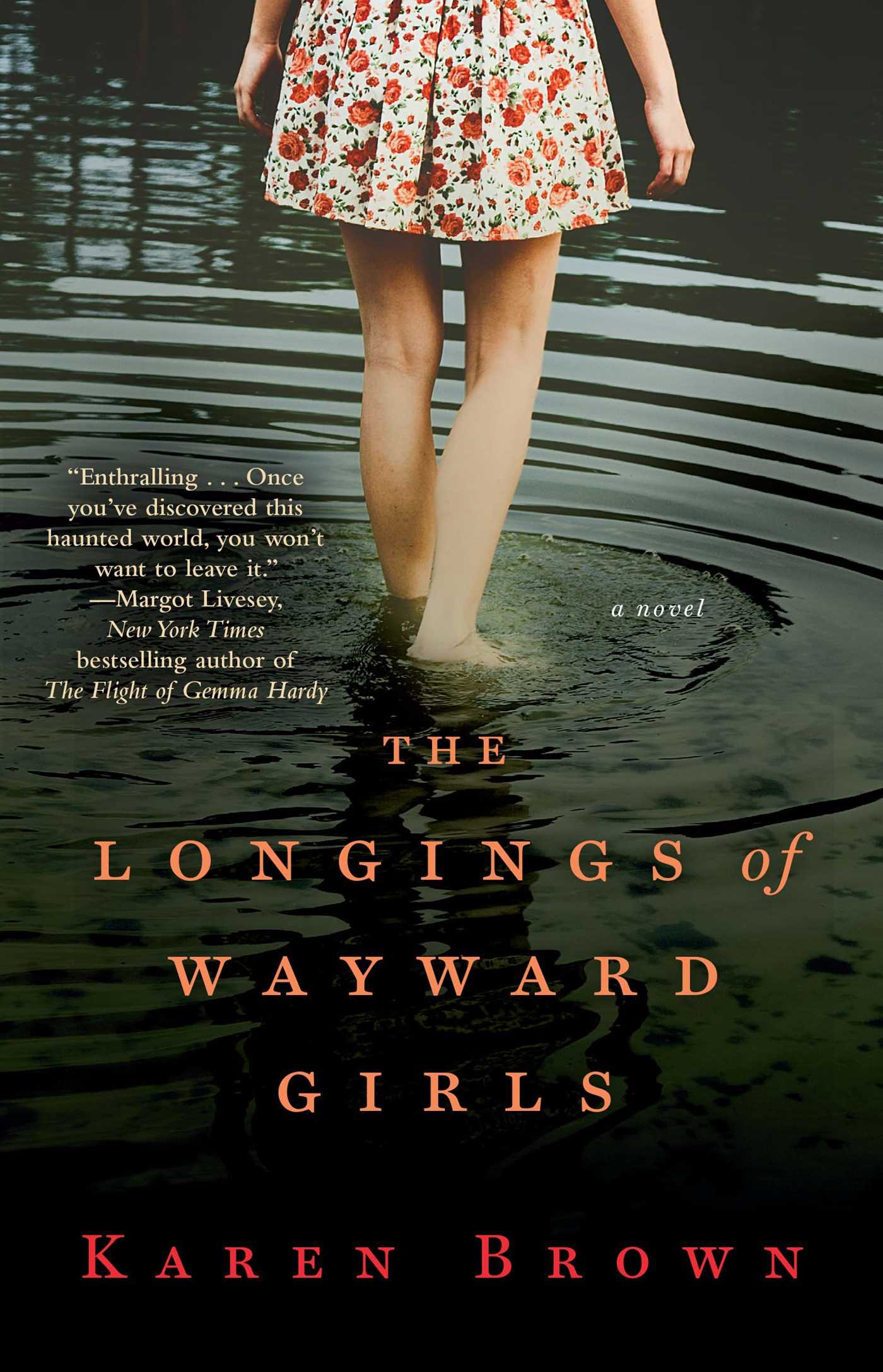 The Longings of Wayward Girls

The dark side of a seemingly perfect Connecticut suburb comes to light when one woman’s long-buried secrets refuse to stay in the past, in this engrossing debut novel of psychological suspense.

It’s an idyllic New England summer, and Sadie is a precocious only child on the edge of adolescence. It seems like July and August will pass lazily by, just as they have every year before. But one day, Sadie and her best friend play a seemingly harmless prank on a neighborhood girl. Soon after, that same little girl disappears from a backyard barbecue—and she is never seen again. Twenty years pass, and Sadie is still living in the same quiet suburb. She’s married to a good man, has two beautiful children, and seems to have put her past behind her. But when a boy from her old neighborhood returns to town, the nightmares of that summer will begin to resurface, and its unsolved mysteries will finally become clear.

This reading group guide for The Longings of Wayward Girls includes discussion questions, and ideas for enhancing your book club. The suggested questions are intended to help your reading group find new and interesting angles and topics for your discussion. We hope that these ideas will enrich your conversation and increase your enjoyment of the book.

1. Read the epigraph of the novel aloud. How does it serve to frame the narrative that follows it?

2. Consider the mother-daughter dynamics that are depicted within the novel. How do you think Sadie’s experience of being mothered by Clare impacts how she mothers Sylvia?

3. What do you make of Sadie and Craig’s relationship? Why do you think Sadie is drawn to Ray to begin with, and why does she ultimately return to Craig? Do you believe Ray when he writes to Sadie, “I knew who I had. I knew who you were” (p. 308)?

4. The weight of history—and the sense that it can repeat itself—is felt throughout the novel. As a group, can you brainstorm moments within the novel in which it appears (as Faulkner once famously said) that “the past isn’t dead—it isn’t even past”?

5. Consider the theme of female companionship in the novel. In what ways is it shown to be sustaining—and in what ways can it turn sinister?

6. Both Sadie and Clare are involved with the local theater troupe. What is the difference between this kind of formalized acting and other forms of role-playing that are depicted throughout the novel? Using examples of each, compare and contrast.

7. Turn to the scene on p. 137 in which Kate shows the neighborhood women the Christmas village she has created in her basement. Why do you think Kate has chosen this hobby? What do you make of Sadie imagining Kate returning the next day to her basement, only to discover that “the mothers and fathers and children in her village will have shifted position, moved into other rooms, other houses, stepped out into their snowy yards to stand together without her intervention” (p. 284)?

8. Think about how fate and free will are juxtaposed in the novel. How could the suitcase that Sadie discovers in the old Filley homestead be seen as emblematic of both— or, put differently, as the perfect melding of destiny and agency?

9. What do you make of Beth as a girl—and later, as a grown woman? In what ways can she and Francie be seen as reflections of each other?

10. Consider the domestic spaces that feature prominently in this novel (basements, perhaps) and those that are rarely shown (for example, kitchens). What kinds of activities are the characters engaged in, in each setting? In terms of tone or atmosphere, how are the scenes that take place indoors different than those that transpire outdoors?

11. As a group, reread the in which where Clare and Patsy run lines from the Tennessee Williams play, The Night of the Iguana. Given what lies ahead for these characters, how do you interpret these lines?

12. While many of the novel’s characters are guilty of various wrongdoings, do you feel that true malice is at the root of any of their crimes? Are there moments when certain individuals could have acted differently to prevent others from getting hurt? Discuss using specific examples from the text.

13. The Longings of Wayward Girls ends with Sadie describing a recurring dream she has about entering her childhood home and wandering the rooms, looking for her mother: “What did she want to tell her? she’d wonder. Now she knows, and finds she has stopped looking” (p. 311). What answers has Sadie come to by the novel’s conclusion? To what extent do you believe she has made peace with her mother’s memory?

14. Though not a ghost story in the classic sense, The Longings of Wayward Girls is filled with ghosts. Who are they, and how does their presence shape the narrative’s development?

1. The summer of 1979 is a transitional summer for Sadie, and though her thirteenth birthday is still a few months off, in her personality and demeanor she arguably “becomes” a teenager during July and August. Did you have a summer that was similarly monumental to your personal development?

2. As a group, watch the 1964 film version of The Night of the Iguana. Imagine Clare (and later, Sadie) playing the role of Hannah Jelkes, here depicted by Deborah Kerr. Does the movie make you think differently about any aspects of The Longings of Wayward Girls?

3. Speaking of movies, pretend that you are casting the film version of The Longings of Wayward Girls. Brainstorm whom you might cast as Sadie, Ray, and Beth. What about Clare, Ray, or Kate?

4. As twelve-year-olds, Sadie and Betty play a seemingly harmless prank on another girl—one that sets off a chain of events with disastrous consequences. Looking back on your childhood, did any of your own transgressions initially seem innocuous but ultimately lead to harmful or damaging outcomes? 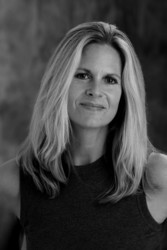 Karen Brown is the author of Little Sinners and Other Stories, which was named a Best Book of 2012 by Publishers Weekly, and Pins and Needles: Stories, which was the recipient of AWP’s Grace Paley Prize for Short Fiction. Her work has been featured in The PEN/O. Henry Prize Stories, Best American Short Stories, The New York Times, and Good Housekeeping. She teaches creative writing and literature at the University of South Florida.

“Brown explores the hazy edges of memory, the gnawing desire to escape circumstance, and the pervasiveness of one neighborhood’s secrets. The result is a nerve-racking, psychologically complex novel sure to haunt readers—especially those with dark secrets of their own."

"A psychological suspense that grabs readers from the start...complex and haunting."

"Brown creates a story full of tension and suspense with an ending that is unexpected."

“The Longings of Wayward Girls is an enthralling account of how a daughter follows in her mother's footsteps...but not too closely. Brown tells a wonderfully suspenseful and eerie story as she goes back and forth between Sadie's childhood and her adult life, and the result is a novel full of mysteries, surprises, and the best kinds of psychological revelations. Once you've discovered this haunted world, you won't want to leave it."

"The Longings of Wayward Girls is haunting and delicate and beautiful, with the spark and charge of a psychological thriller. Karen Brown writes like an angel, but the shadows of past ghosts linger on every page. I could not put this compelling novel down."

– Jennifer Gilmore, author of Something Red, a New York Times Notable Book of 2010

"Haunting, sexy, and evocative, The Longings of Wayward Girls features motherhood and daughterhood, marriage and adultery, and the simultaneous coziness and creepiness of New England suburban life, all wrapped up in a page-turning tale of suspense. A gripping debut novel."

"The Longings of Wayward Girls caught me by the throat from the first page. The dangling mystery and tale of girlhood friendships reeled me in, and I loved Brown's ability to move the reader fluidly back and forth through time. By the book's end, as the final truths are exhumed, I felt like I'd grown up with these characters. Brown has deftly crafted a first novel that will touch a chord inside anyone who has harbored a haunting secret, or been buffeted by the conflicting crosswinds of coming of age."

– Lee Woodruff, New York Times bestselling author of Those We Love Most

"In the time between playing with Barbies and puffing on stolen cigarettes, girl’s games can turn dangerous—and sometimes fall far over the line. In The Longings of Wayward Girls, the past returns to plague the present with a vengeance that can cost a woman her husband and children. Brown’s haunting prose sets the mood for the heartbreaking choices made by mothers and daughters."

– Randy Susan Meyers, international bestselling author of The Comfort of Lies and The Murderer’s Daughters

“Brown intricately weaves together past and present, demonstrating how casual acts of childhood cruelty can linger well into a seemingly stable adult life. But Brown is also a uniquely talented writer, capable of teasing out poignant commonalities between her protagonist’s teen and middle-aged selves. A beautifully written, unbearably tense debut novel."

– Holly Goddard Jones, author of The Next Time You See Me

“A heart-stopping novel of suspense that’s as intelligent as it is compelling, as beautiful as it is disturbing. Brown’s skill, empathy and sensitivity make this debut stand apart, and stand out. The astute observations, evocative atmosphere and bone-chilling scenes make for a moving, provocative read. A star is born.”

"An absorbing novel about the misgivings and shortcomings of domestic life, about the confusing intersection of glamour, lust, and self-destruction, and about a woman haunted by a long-ago act of girlhood cruelty."

“Nothing is as it seems in this psychologically complex story of girls gone missing and mothers who stray. Karen Brown deftly alternates between two generations of parallel drama in a neighborhood of facades and gentle menace. I stayed awake far too late with the rich tension of wondering whether she’d bring her characters in for a safe landing.”

– Nichole Bernier, author of The Unfinished Work of Elizabeth D

"Through pitch-perfect details and an eloquent voice, Karen Brown delivers a suspenseful and memorable debut. Moving effortlessly between the late 1970s and the present-day, Brown explores what harm may come should we choose to follow the path laid down by those who came before us."

"Brown has always been adept at writing about adultery, skillfully evoking its interlocking elements of thrill and threat. In Longings the danger level intensifies as secrets old and new are gradually revealed, and Sadie's comfortable life hangs in the balance. Both the sex and the suspense benefit from how well Brown grounds them in sharply observed reality. The neighborhood, past and present, comes vividly to life with its shifting alliances among girls and grown women, relationships that range from deeply supportive to devastatingly cruel...it may not seem a likely setting for a ghost story, but this novel is haunted."

The Longings of Wayward Girls