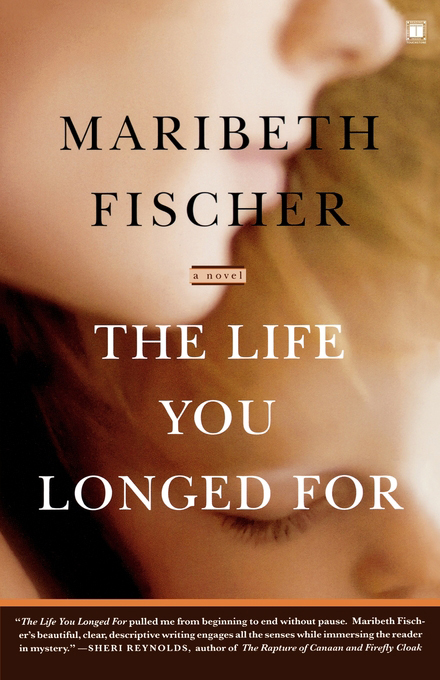 The Life You Longed For

When every mother's worst nightmare becomes Grace's reality, she must examine her entire life -- from the wrong choices to the right mistakes.

Grace's son Jack is a miracle. At three years old, he's fighting a mysterious, deadly disease that his doctors predicted would kill him as a baby. Even though it was determined to be mitochondrial disease, the little-known illness remains a mystery to medicine. Grace has sat by his bedside every minute he has been in the hospital, questioned every diagnosis, every medicine -- even poring over medical journals and books at home late into the night. To the world, Grace's fierce dedication is the sole reason for her son's survival. But someone suspects that perhaps Jack's disease is not what it seems.

When an allegation of Munchausen Syndrome by Proxy is leveled against Grace, she begins to live in constant suspicion of everyone -- from the doctors and nurses surrounding her son in the hospital to her own husband. Who could possibly think that she has been purposely making her son ill to gain attention for herself?

Although her husband believes their life is exactly as it seems to the outside world, Grace knows differently. She is harboring a secret -- the adulterous affair she's having with her first love. But perhaps her biggest betrayal of all is her shameful uncertainty about whether she's chosen the right path, the right husband, the right life.

In this compelling and heartbreaking novel, critically acclaimed author Maribeth Fischer addresses how the choices we made yesterday can affect everything that lies before us.

By clicking 'Sign me up' I acknowledge that I have read and agree to the privacy policy and terms of use, and the transfer of my personal data to the United States, where the privacy laws may be different than those in my country of residence.
The Life You Longed For By Maribeth Fischer
"...she began wondering about her own decisions, and about the shadow life of choices not made that trailed behind the life she lived now."
Grace, an epidemiologist, wife, and mother of three, spends most of her time fighting for the life of her youngest son, Jack, who suffers from mitochondrial disease -- a chronic, genetic disorder that occurs when the mitochondria of the cell fails to produce enough energy for cell or organ function. Adored by family and friends for her courage and commitment, Grace, however, is not a saint. She is having an affair with a man she abandoned twenty years ago, a man who offers her a glimpse into the life she didn't choose.
Just when Jack needs his mother the most, a new enemy confronts the family. Grace is accused of Munchausen Syndrome by Proxy, a form of child abuse in which the mother makes her own child sick in order to gain attention. Afraid she is the victim of a modern-day witch-hunt, Grace arms herself with knowledge and wages war against the two medical mysteries -- all the while trying to shield a secret that could destroy her family.
"A strong new voice in women's fiction" (Publishers Weekly), Maribeth Fischer has crafted both a suspenseful medical drama and a thoughtful piece on the true meaning of survival.
Discussion Questions
1. Prior to reading this novel, were you aware of Munchausen Syndrome by Proxy? If so, how has your opinion changed, if at all?
2. "But you hold on to what you have to, she knew, thinking of how certain desert cacti can hoard a single drop of rainwater for decades...And people with their secrets? They were no different, she believed, preserving them at enormous costs because sometimes, like water or instinct, their secrets were all that allowed them to survive" (p. 4). How does Grace's secret allow her to survive?
3. "The farther two quarks move away from each other, the more fiercely they're pulled back together." (p.15). Does this statement hold true for all of Grace's relationships or just her relationship with Noah?
4. This book is broken up into sections titled "Desire," "Belief," "Betrayal," "Fear," "Grief," and "What Survives." What meaning did you find in the introductions to each section?
5. "...No one who knew her would ever guess, not just where she had been, but who. Someone else" (p. 18). How is Grace different with Noah than she is with her family and friends?
6. Do you think Grace is a good mother? Why or why not?
7. "In most stories about the moon, someone was always trying to catch it, to pull it back down to Earth: the man who sees it reflected in the water and tries to pick it up, only to have it slip from his grasp just when he thought he'd had it." (p. 94). What does the moon symbolize in The Life You Longed For?
8. When accusations are made against her, Grace compares them to a modern-day witch-hunt. Do you think this is a fair comparison?
9. "To find the right answer, one must ask the right question" (p. 227). What question do you think Grace needs to ask herself?
10. "How was it that she had never understood until now how much the ocean was a landscape of loss: constantly breaking waves, emptied shells, land carried out to sea a little bit each year" (p. 270). What role does nature play in this story?
11. Discuss the book's central theme -- survival -- and how it applies to each of the main characters. Which character is best equipped to deal with his or her own struggles?
12. Are you satisfied with the outcome of the love triangle in this novel? Why or why not?
Enhance Your Book Club:
1. Watch the film version of The Crucible at your book club meeting and discuss the parallels to The Life You Longed For.
2. Ask each of your book club members to bring a children's book to donate to your local children's hospital (For a children's hospital near you, go to http://www.childrenshospitals.net/Template.cfm?Section=Hospital_Profile_Search.)Or collect funds and donate them to United Mitochondrial Disease Foundation (8085 Saltsburg Road, Suite 201, Pittsburgh, PA 15239 USA; http://www.umdf.org/about_umdf/donate.aspx)
3. Take your book club to a local Audubon center. (For locations, go to http://www.audubon.org/states/index.php.) 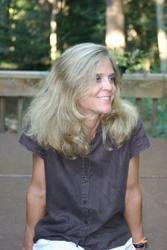 Maribeth Fischer has a M.F.A. in creative writing from Virginia Commonwealth University and a B.A. from Iowa State University. A former creative writing instructor, Fischer has been awarded the Pushcart Prize, and her first novel, The Language of Good-bye, received the Virginia Commonwealth University Award for a First Novel. She also acts as the executive director of Writers at the Beach, a biannual writers' conference, and as the president of the Rehoboth Beach Writers' Guild. Fischer lives in Rehoboth Beach, Delaware.

"The fear of losing a child is horrifying. The fear of knowing people think you hurt that child is annihilating. In The Life You Longed For, Maribeth Fischer probes the netherworld of Munchausen Syndrome by Proxy in an affecting, startling story. This may be the novel you longed for."

-- Jacquelyn Mitchard, author of The Deep End of the Ocean and Cage of Stars

"Maribeth Fischer is as much a scientist as she is a poet: in her heartbreaking exploration of motherhood and the way tragedy can grow out of everyday choices, she analyzes and deduces, layers and uncovers, to teach us things we never knew about the science of love, the biology of betrayal, and the epidemiology of loss."

"A fiery and modern-day version of the witch hunt, The Life You Longed For is the story of how a mother can be accused of the worst offense by any doctor, friend, or neighbor. But this is no dark tale, The Life You Longed For is beautifully written and filled with characters who are fallible, utterly human, and completely compelling. It is a novel brimming with joy, heartbreak, and the power of love."

-- Colleen Curran, author of Whores on the Hill

"Grace is as vigilant, astonishing, and brave as she is exhausted and imperfect. Simply put, she is a mother. In intimate and achingly lyrical language, Maribeth Fischer tackles the question: How do we love in the face of inevitable loss? The answer she gives us is: Fiercely, completely."

"The Life You Longed For moves swiftly and painfully through so many levels of grief, anger, and fright -- but it never loses sight of the power and majesty of love. This book should be required reading for every single person who makes a living in the medical profession, and everyone who has ever longed for the duties and rewards of parenthood."

-- Robert Bausch, author of A Hole in the Earth and The Gypsy Man

"The Life You Longed For pulled me from beginning to end without pause. Maribeth Fischer's beautiful, clear, descriptive writing engages all the senses while immersing the reader in mystery."

-- Sheri Reynolds, author of Firefly Cloak and The Rapture of Canaan

The Life You Longed For