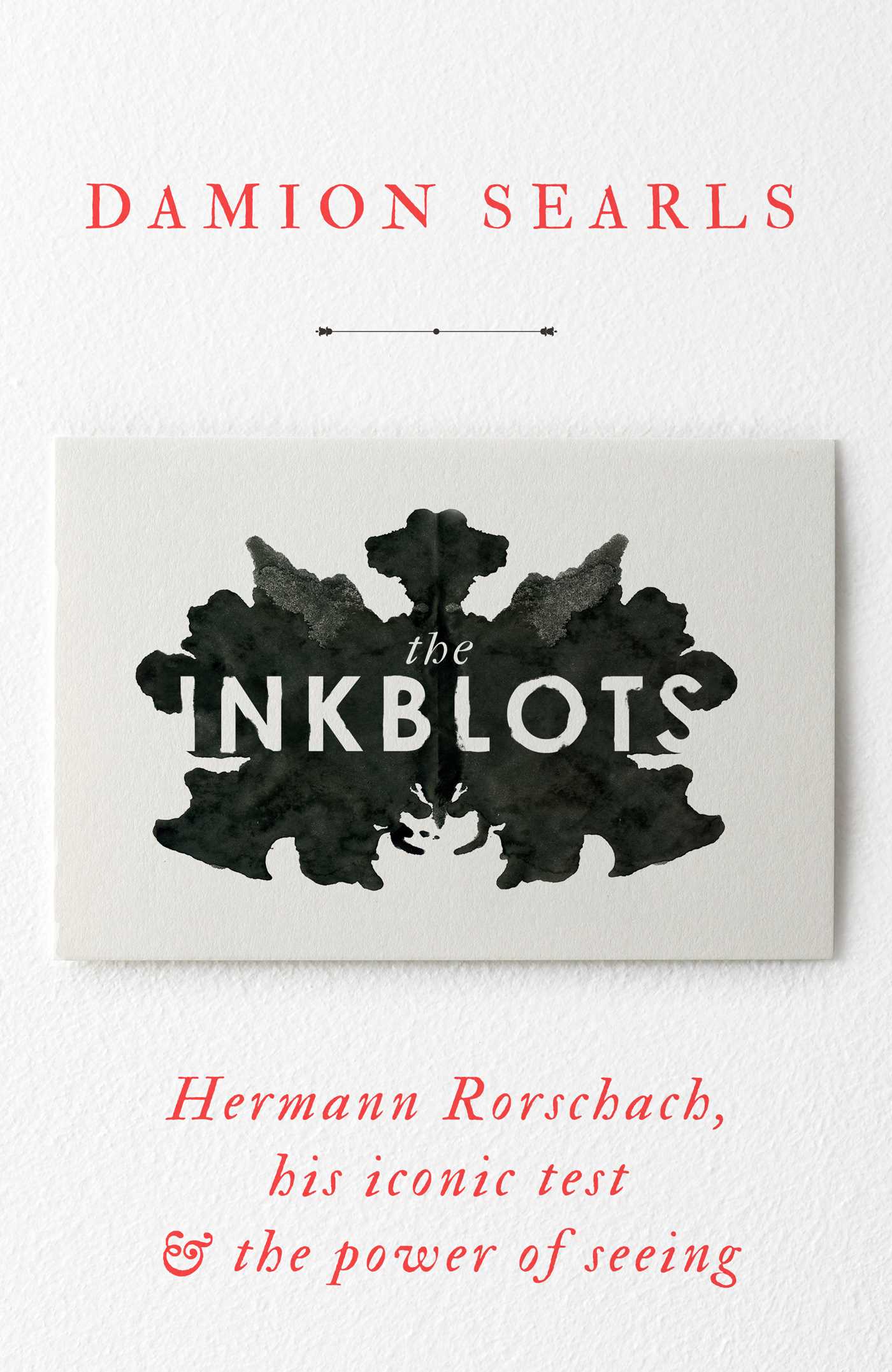 *SUNDAY TIMES 'BOOKS OF THE YEAR 2017': 'the book develops into a bigger biography of the strange set of images [Rorschach] bequeathed, taking in everything from the origins of abstract art to the invention of the idea of empathy' James McConnachie, Sunday Times

*NEW YORK POST 'MOST THRILLING AND FASCINATING BOOKS OF 2017': 'rich and engaging... Damion Searls did a phenomenal job'

'Searls restores much of [the inkblot test's] potency in this rich and resonant book . . . Even in the age of alternative facts, there are still right answers, and wrong ones, and the inkblots still ring true’ Sunday Times

‘A marvelous book about how one man and his enigmatic test came to shape our collective imagination. The Rorschach test is a great subject and The Inkblots is worthy of it: beguiling, fascinating, and full of new discoveries every time you look.’ David Grann, author of The Lost City of Z and Killers of the Flower Moon

‘It seems incredible that no one before Damion Searls has ever written a biography of Rorschach… His early death may have deterred other would-be biographers, but Searls sails past it with style: the second half of his book traces the fortunes of Rorschach’s famous test, which became a household word in America after World War II, when the U.S. Army used it on draftees. Searls uses this unlikely-seeming artifact to illuminate two histories, one scientific, the other cultural, both full of surprises.’ Lorin Stein, The Paris Review

‘This excellent book begins as a biography and becomes, when [Rorschach] suddenly dies of a ruptured appendix at the age of thirty-seven, a cultural history of his creation.’ Harper's

The captivating, untold story of Hermann Rorschach and his famous inkblot test, which has shaped our view of human personality and become a fixture in popular culture.
In 1917, working alone in a remote Swiss asylum, psychiatrist Hermann Rorschach devised an experiment to probe the human mind. He had come to believe that who we are is less a matter of what we say, as Freud thought, than what we see. Rorschach himself was a talented illustrator, and his test, a set of ten carefully designed inkblots, quickly made its way to America, where it took on a life of its own.
Co-opted by the military after Pearl Harbor, Rorschach’s test was a fixture at the Nuremberg trials and in the jungles of Vietnam. It became an advertising staple, a cliché in Hollywood and journalism, and an inspiration to everyone from Andy Warhol to Jay-Z. The test was also taken by millions of defendants, job applicants, parents in custody battles and people suffering from mental illness – or simply trying to understand themselves better. And it is still used today.
Damion Searls draws on untranslated letters and diaries, and a cache of previously unknown interviews with Rorschach’s family, friends and colleagues, to tell the unlikely story of the test’s creation, its controversial reinvention and its remarkable endurance. Elegant and original, The Inkblots shines a light on the twentieth century’s most visionary synthesis of art and science.

‘Searls has painstakingly woven together both the enduring strengths of Rorschach’s iconic test and the controversies and convolutions surrounding it, all while capturing Rorschach’s distinctive design, to which the inkblots owe their longevity. The book’s engaging narrative, born of both detailed research and artistic sentimentality, is a fitting tribute to its enigmatic subject.’

‘Damion Searls’s book is a refreshing biography of Hermann Rorschach and a cultural history of his famous inkblot test. Rorschach died almost a century ago and this book reveals fascinating details about his life and the enduring controversies regarding the meaning of his inkblot test.’

– Joel E. Dimsdale, author of Anatomy of Malice: The Enigma of the Nazi War Criminals

‘What an amazing book. The Rorschach inkblot is like the enigmatic corpse in a mystery novel, and Damion Searls is the passionate and encyclopedic detective who unpacks the intricate and twisted story of how it came to be. By the end, one feels that Rorschach and his test are the key to understanding the whole 20th century. Searls is a wonderful writer: funny, compassionate, and unfailingly attentive to all the magical coincidences (or are they?) and twists of human history.’

– Elif Batuman, author of The Possessed

‘Very little has previously been known about Rorschach’s private life; Searls now fills in many blanks, drawing a more rounded portrait of the Swiss psychiatrist … Rorschach’s genius is apparent, and his famous inkblots ever fascinating.’

‘A deft, surprising, and illuminating portrait of Hermann Rorschach, and a compelling case that his improbable inkblot experiment should earn him a place in the pantheon of psychology.’

‘Who knew? Most of the founding lions of psychoanalysis often seem as petty and infantile as they were (at times) brilliant and inspired. But to hear Damion Searls tell it in this absorbing new biography, Hermann Rorschach was a different sort altogether: humane, empathic, loving, deeply sane, and possessed of a true artist’s soul. Searls’s account of Rorschach’s afterlife is no less fascinating, as every culture that encountered his test seemed to project its own values onto it. In the end, true to Rorschach, Searls locates the heart of being human at the endlessly unfurling intersection of vision and self-awareness.’

– Lawrence Weschler, author of Seeing is Forgetting the Name of the Thing One Sees and Mr Wilson’s Cabinet of Wonder

‘The life of this fascinating man is a much-needed contribution to the history of psychoanalysis. This is sure to become the standard reference for both Hermann Rorschach’s life and times and the history of the inkblot test from his time to ours.’

‘In this accessible biography of Rorschach, Damion Searls shows us the young psychologist, who died at a tragically early age, making his way among the feuding early 20th century thinkers in psychology, including Freud and Jung. Vividly sketched with many new sources, The Inkblots reveals Rorschach to be a fascinating character: part artist, part clinician. A marvelous portrait.’

‘The Inkblots is three books in one: an engaging biography of Hermann Rorschach; a vivid and meticulously researched history of his eponymous inkblots; and a fascinating exploration of the psychology of perception. This is a book that challenges us to consider the relationship between what we see and who we are.’

– Peter Mendelsund, author of What We See When We Read

'Searls restores much of [the inkblot test's] potency in this rich and resonant book . . . Even in the age of alternative facts, there are still right answers, and wrong ones, and the inkblots still ring true’