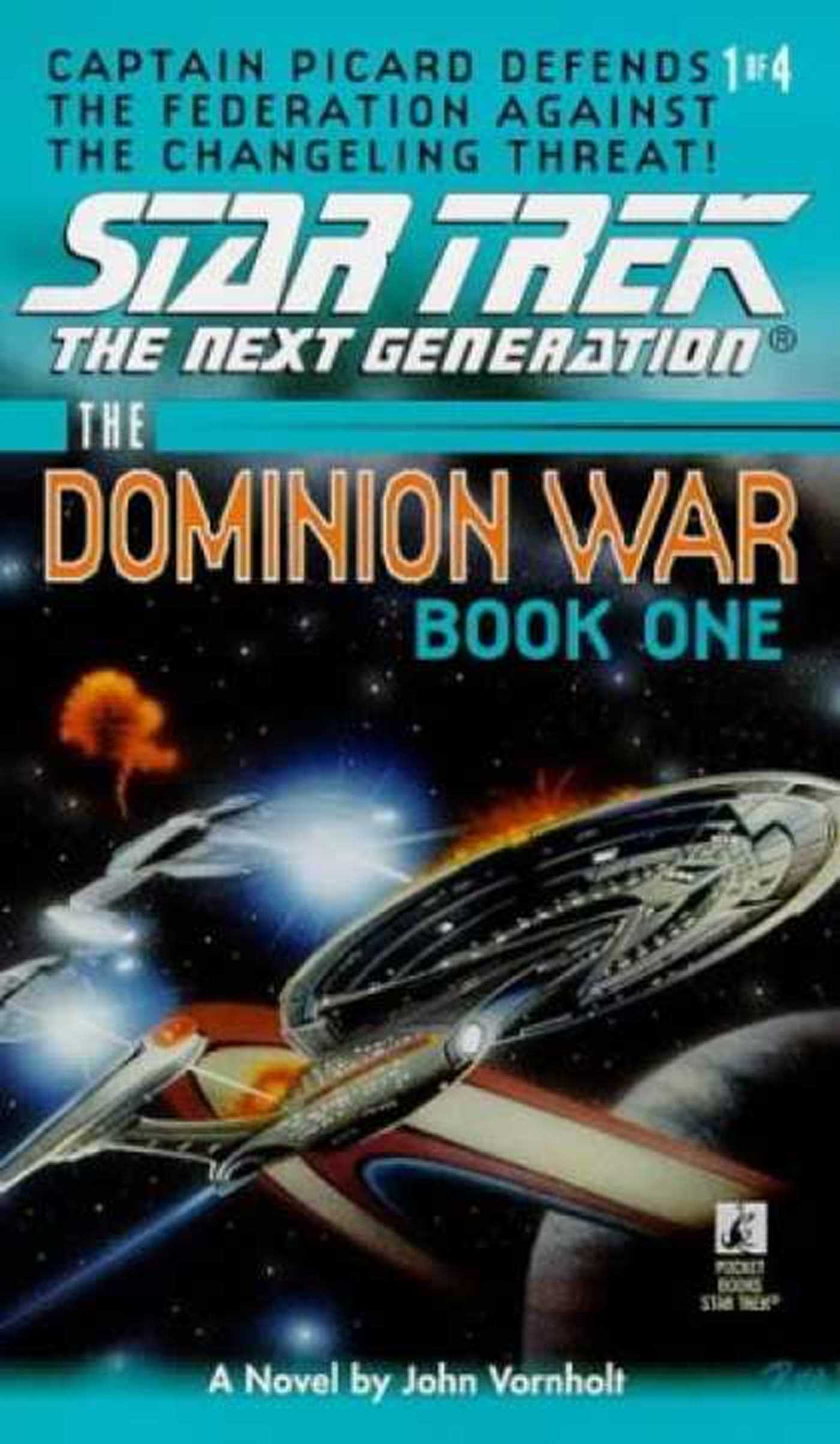 Part of Star Trek: The Next Generation
By John Vornholt
LIST PRICE: AU$ 5.99
PRICE MAY VARY BY RETAILER

From the Gamma quadrant they came -- hordes of fierce Jem'Hadar warriors commanded by the mysterious Changelings, who will stop at nothing to achieve victory over both the United Federation of Planets and the Klingon Empire. Now that the Dominion has entered into an unholy alliance with the Cardassian military regime and seized control of Deep Space Nine, Starfleet finds itself fighting a losing war against unbeatable odds. As mighty fleets clash in the deadly battleground of space, the fate of the entire Alpha Quadrant hangs in the balance.
The Enterprise-E is patrolling the Cardassian border, bracing for the joint Dominion-Cardassian offensive that Starfleet knows will come soon, when Captain Jean-Luc Picard and his crew are reunited with a former crewmate, friend, and enemy: Ro Laren. The onetime officer, who defected from Starfleet to join the rebel Maquis, brings disturbing news. Deep behind enemy lines, the Dominion is attempting to build an artificial wormhole that will allow them to bypass the mined Bajoran wormhole and bring fresh reinforcements into the Alpha Quadrant, altering the balance of power irrevocably. If Captain Picard cannot stop the project, the new wormhole will guarantee the ultimate victory of the Dominion!

Phaser blasts from two Galor-class Cardassian warships crackled across space and rocked the sleek form of the Enterprise-E. The Sovereign-class vessel shuddered before it veered into a desperate dive, with the yellow, fish-shaped warships in quick pursuit.
On the bridge, Captain Jean-Luc Picard gripped the armrests of his command chair. "Evasive maneuvers, pattern Zeta-nine-two!"
"Yes, sir," answered Will Riker at the auxiliary conn controls. The regular conn officer sat dazedly on the deck beside his burned-out console, and Dr. Beverly Crusher ministered to a wound on his forearm. Everywhere on the bridge was the acrid smell of burnt and overloaded circuits, caused by high-density electromagnetic pulses sweeping the ship.
"Shields down to forty percent," reported Data at the ops console. The android spoke in a calm, businesslike tone that belied the urgency of the situation.
"Target aft torpedoes on the lead craft," ordered Picard.
"Targeting quantum torpedoes," reported Ensign Craycroft on tactical. She was a young woman with nerves of titanium, and she reminded Picard of another young woman who had manned that station ten years ago on another vessel called the Enterprise. It seemed like a lifetime since they had grieved the loss of Tasha Yar, because now Starfleet lost a thousand Tasha Yars every day.
"They're lined up," Riker reported urgently.
"Lower shields," ordered Picard. "Fire!"
Ensign Craycroft plied her console. "Torpedoes away!"
A brace of torpedoes shot from the tail of the Enterprise, and they looked like shooting stars as they streaked across the blackness of space. The torpedoes swerved into the lead Cardassian ship like hungry piranhas, and it exploded in a blaze of gas, flames, and imploding antimatter which engulfed the second ship behind it. The second ship veered off, sparkling like a Christmas tree before it. went dark and began to drift. The Enterprise kept going, steady on course.
Riker looked back at Picard and gave him a boyish grin. "Works every time."
"It works on Cardassians in any case," said the captain cautiously. He didn't like being reduced to tricks, but when they were outnumbered by superior forces, they needed all the help they could get. The Cardassians were arrogant and eager to make a kill on big game such as the Enterprise. That made them careless, something the Jem'Hadar were not.
"Damage report," ordered Riker.
"There are energy fluctuations on the starboard nacelle, bridge, and decks fifteen through twenty-six," reported Data. "Plasma couplings and EPS conduits on deck seventeen require immediate repair. Recovery systems are compensating, and repair crews have been dispatched. Shields are holding steady at forty percent, and I am rerouting power from the main reactor. Five casualties reported, none serious."
Beverly Crusher rose wearily to her feet and brushed back a strand of blonde hair that had escaped from her hair band. Her lab coat was stained, and her face looked gaunt -- a doctor at war. "I'm on my way to sickbay," she said.
The doctor looked down at her patient and gave him a professional smile. "Ensign Charles is stabilized, but I want him to sit still for a while. I'll send somebody for him as soon as I can. Just keep him comfortable."
Picard gave her a wan smile. "Still shorthanded down there?"
"No, I just come up here in case both you and Will get knocked out, and I can finally take over. I want to be on hand when it happens."
"Good thinking," said Riker, who appreciated gallows humor more than Picard. "But we could have the computer notify you."
"I'm sure I'll know." The doctor put her head down and walked across the spacious bridge, past two empty science stations, unused since the war started. Her shoulders stiffened as she entered the turbolift, but she didn't look back.
Picard swallowed dryly. He was having a hard time adjusting to a war in which they were being overwhelmed on all fronts, in which every department was shorthanded and shell-shocked. Many of his most experienced crew members were now chief engineers, doctors, and captains on their own vessels. Only by calling in personal favors had he managed to hang on to his core staff of officers. Defeats and surrenders had taken their toll, but Starfleet could build more ships faster than they could build good crew to fly them.
"What's the fleet situation?" he asked Data.
Theoretically, they were in the middle of a major offensive against Dominion forces, but Starfleet had stopped massing their ships in close formation. The Dominion fleets simply outgunned them, and they couldn't stand toe-to-toe against them. Instead the new tactic was to spread the battle in three dimensions, so that the enemy had to break off and pursue. With good luck and a good crew, a captain might face only two or three Cardassian warships instead of one Jem'Hadar battle cruiser, and he might live to fight another hit-and-run skirmish another day.
Data shook his head. "Captain, I cannot make an accurate assessment without breaking subspace silence, although long-range scans should indicate possible hostilities." The android's fingers swiftly worked his console.
"Search for distress signals," said Picard, rubbing his eyes. "Let's go to our secondary mission -- rescue."
"Setting predetermined course for secondary mission," reported Riker. "Warp three?"
"Full impulse, until we make repairs," replied the captain. "I want to coddle this ship -- she's all we've got."
Riker nodded and tapped his comm badge. "Riker to Engineering. How are we doing, Geordi?"
"Fine," came a curt reply. "I know I owe you a repair crew -- they're on their way. Is the war over yet?"
"Not quite," said Riker with a half smile.
Captain Picard settled back into his chair. By all rights, they had destroyed one enemy ship and had crippled another, and they should be finished for the day. But somebody out there needed help -- a great many somebodies. 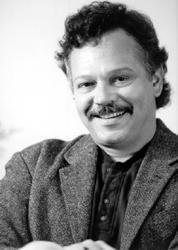 Part of Star Trek: The Next Generation
By John Vornholt
LIST PRICE: AU$ 5.99
PRICE MAY VARY BY RETAILER