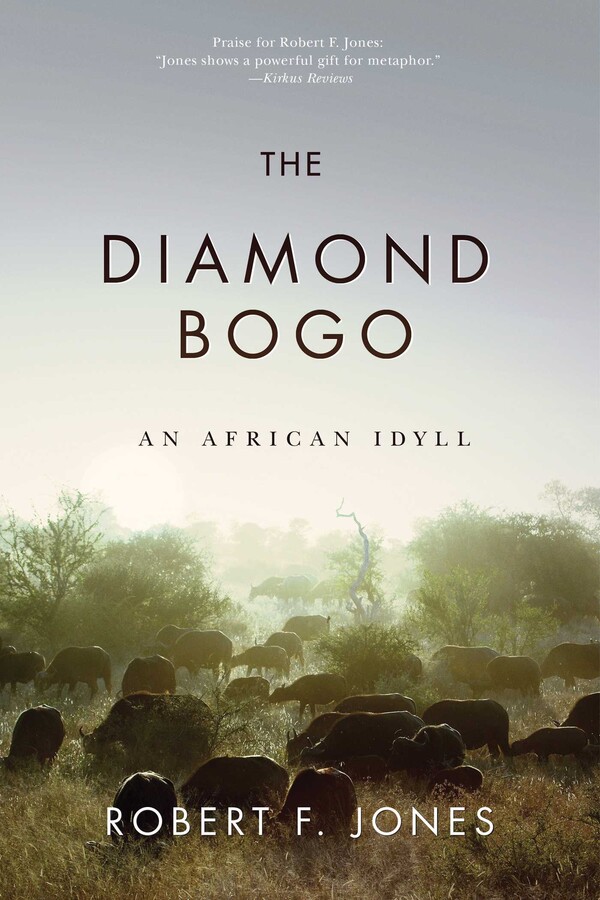 As a white hunter in Africa, Winjah (Swahili for Wynton) sees that his days are numbered in a changing country, so he decides to go on his last hunt. To make it worthwhile, he sets as his objective the shooting of the Diamond Bogo, a Cape buffalo reported to be running around with a large diamond stuck beneath its horns, an ingenious smuggler’s ploy. The hitch is that the bogo was last seen in the land of the Tok.

To pay for this safari, Winjah latches onto three unlikely clients: Donn McGovern, a wealthy hippie; his beautiful starry-eyed wife, Dawn; and Bucky Blackrod, a professional magazine writer whose good instincts have gone to seed. Together, they begin their journey in this moving, entertaining novel, part parody, part morality fable.

While Africa has always held a fascination for novelists, Robert F. Jones is particularly impressive in his ability to bring this tradition subject a gritty firsthand knowledge of the real Africa and hunting experience, while at the same time exploring a wild, imaginative world of his own creation.