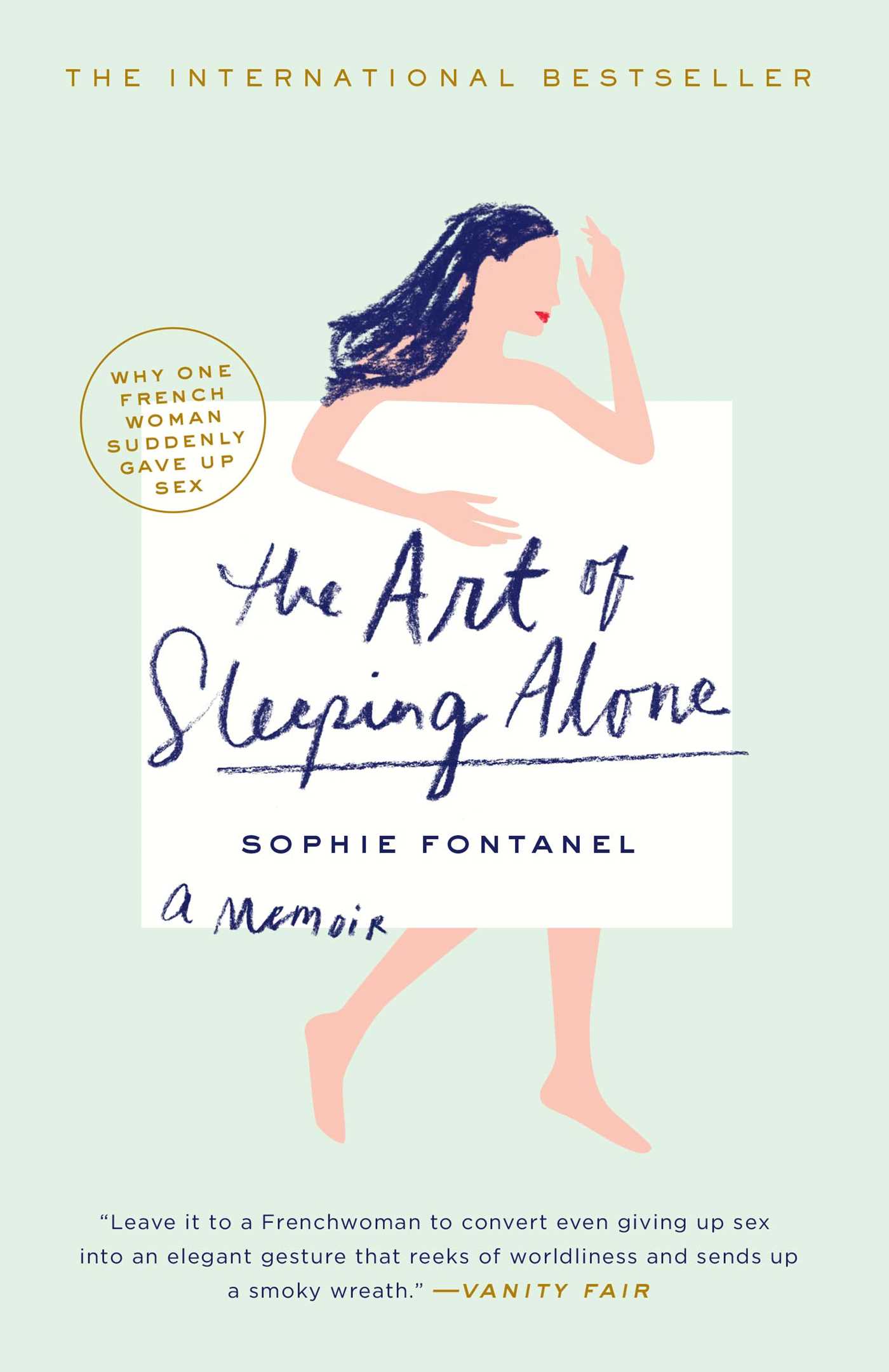 The Art of Sleeping Alone

Why One French Woman Suddenly Gave Up Sex

In a provocative memoir, the bestselling French novelist and iconic editor of French Elle describes her years of self-imposed celibacy—why she did it and how it changed her perspective: “A searching investigation into the power of no…a sophisticated bagatelle of a volume” (Dwight Garner, The New York Times).

After many years of having (and mostly enjoying) an active sex-life, Sophie Fontanel—beloved French author, journalist, editor, and fashion blogger—decided she wanted to take a break. Despite having a glamorous job, plenty of dates and boyfriends, stylish clothes, parties to attend, she wasn’t happy and wanted more. Sophie chose to give up her sex life, shocking her friends and colleagues. But what she discovers about herself is truly liberating and raises a number of questions about the expectations of our society. Going beyond the body, her thoughts on what it means to find happiness and fulfillment are inspiring.

As Sophie experiences being the only single person at dinner parties, weekend getaways, and summer vacations, she muses on what it means to find happiness and fulfillment alone, stringing “together her narrative in a series of lyrical vignettes…No one has written so sumptuously about celibacy” (The Daily Beast). Lovely and illuminating, The Art of Sleeping Alone, a major bestseller in France, offers an alternative take on modern-day conventions, making this a compelling read for anyone who has chosen to do things a little differently. As Vanity Fair says: “Leave it to a Frenchwoman to convert even giving up sex into an elegant gesture.”

With my elbows propped on the safety bar of the lift chair, I was raised up to where I just knew the sky would be blue, with fog slipping away like a skin skimmed from milk. I was looking at fir trees, mountaintops, immaculate planes of solid colors, and I was thinking: I want to find this calm for myself. As for the kind I’d already evaluated from personal experience, meaning the matchless scouring performed by sex, well, that no longer interested me. I’d had it with being taken and rattled around. I’d had it with handing myself over. I’d said yes too much. I hadn’t taken into account the tranquility my body required.

Realizing that I wasn’t listening, my body had begun to speak up. Before this winter getaway, a certain resistance had intensified within me. In the privacy of my body, every atom of my being was walling itself off, yet I couldn’t do a thing about it. I had trouble unclenching my fists and strained to open my palms flat against the sheet, only to have them curl shut an instant later. For weeks, I’d been obliged to shake my head at whatever my lover proposed. He was growing impatient. I made an effort. This lover thought I was giving when I was actually conceding. He believed I was capitulating when I was really calculating how to end the experience as quickly as possible. I’d become a paltry possession for the man who thought he had me in his power. I noticed his air of suspicion; he grew less and less sure of his spoils. He reminded me of those people who try to grab you in a fight but wind up holding your sweater while you race off, arms flailing.

I had run, run, to reach the ski resort. As soon as I got there, I bought a ski suit instead of just pants; I felt safe inside an outfit that was so hard to get off. The hotel was at the very top of the ski lift; when that stopped running at four in the afternoon, the place became a high-plains desert. It was the off-season: there were three of us at the hotel, including the owner, Jonas. My host had worshipped Johnny Hallyday ever since he was a kid, and as he served me he was listening to “Longing,” his pop idol’s 1986 hit. “The mountain saps self-confidence,” Jonas remarked, as if to put me on my guard.

He couldn’t have cared less about the fresh air. He complained about not meeting any women at such a high altitude, and going out for the evening required taking the snowmobile and coming back up again later in complete darkness, ten times more alone, drunk, and frozen stiff. His frustration amazed me. Personally, I thought it was delightful to be far from other people. And to sing about longing only for the horizon. To have the creaking of snow for my sole companion. Jonas saw things differently. He’d had no female company for three years. “I’m turning into a goat,” he said, adding three logs—more than necessary—to the fireplace. Such roaring blazes were his revenge on monotony. He paid me a few compliments that first evening. Proof, suddenly, of our isolation. Tanned, athletic, Jonas was a former chasseur alpin, a soldier in the elite mountain infantry of the French army, and he had those pale eyes mountain folk tend to have. Untouched by the elements, the skin below his neck was white, and if I’d wanted I could have had a closer look; he would certainly have shown me. When it occurred to me—a reflex—that going to bed with this man might be a possibility, the mere thought sent my body into lockdown. It was out of the question: my whole being was slamming shut. I remembered the time I was doing a crossword puzzle in Le Monde and had such trouble coming up with the word “portcullis.” At that moment, though, it popped right into my head.

I left Jonas and went off to my room. I thought about Paris, and what I’d escaped from, and that evening’s escape as well. I opened the window onto the blackness I knew was so white. I breathed. . . . With the snow all around, my destiny seemed to me like an Eden sweet with birdsong. My life would be soft and fluffy. I was through with being had.
Sophie Fontanel

Sophie Fontanel has been an editor at Elle France for more than a decade. A novelist and essayist, she lives in Paris. The Art of Sleeping Alone is her first book to be published in English.

"A searching investigation into the power of no... a sophisticated bagatelle of a volume, filled with detours to exotic locales."

"Fontanel knows a thing or two about seduction.”

The Art of Sleeping Alone

Why One French Woman Suddenly Gave Up Sex