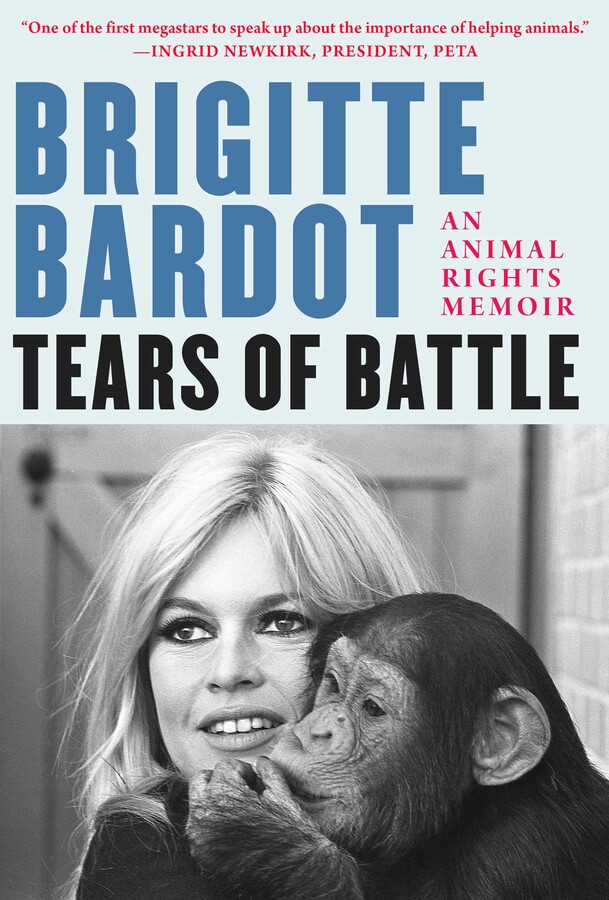 An Account of one Woman's Courage, Caring, and Generosity in the Face of the Inhumane

Brigitte Bardot—a global icon of French cinema—has used her fame to give a voice to those who cannot speak for themselves. Leaving the spotlight of stardom, she has dedicated her time and fortune to promoting the welfare of animals, both domestic and wild, around the world.

Over the past forty years, Bardot has evolved from an international film icon of the glamorous sixties to an icon of that of a crusader for animal rights, forming her own foundation and meeting with leaders from around the world and lobbying for legislation to protect animals. In this poignant memoir, she uncovers the struggles of her decades-long battle—detailing the too few victories and the heartbreaking defeats—and revealing herself as never before seen through her reflections about nature, herself as a superstar, and the passion that has driven her away from glamour of her previous fame toward the humble calling of serving others.

Brigitte Bardot starred in her fist role in Crazy for Love in 1952, and gained international recognition for her role in the 1957 film And God Created Woman. Retiring from film at the age of thirty-nine in 1973, she has since dedicated her life to campaigning for the protection of animals. She currently lives in France.

"One of the first megastars to speak up about the importance of helping animals.”--Ingrid Newkirk, President, PETA

"Unapologetic. . . . An impassioned plea for humanity to evolve toward what the author describes as 'one of its greatest qualities: mercy.'" --Kirkus Reviews

"A critical commentary regarding the justifications for the domination [of animals] in contemporary society." --Livres Hebdo

"The star who gave up her career to fight against abuse. . . . a myth and a social phenomenon." -- Paris Match

"Tears of Battle is a tender adagio of attrition which nevertheless emanates a force that wavers towards the future." --Nice-Matin

"In her new book . . . the icon of French cinema Brigitte Bardot tells of her fight for the animals, who 'saved' her from the dizziness of the lime-lights, and pleads for 'a common future' for all living things."-- Agence France Presse

"The most famous actress of French cinema . . . on what was the great fight of her life." -- Le Monde

"In Tears of Battle, [Bardot] reveals as never before her fights which caused a sensation." -- La Provence

"At once very honest, modest, and full of sincerity. It is an essential book." -- Le Petit Journal

"Brigitte Bardot shares with us some great moments of her life as an independent woman. In Tears of Battle, she explores her own animal nature that made her revolt against animal cruelty." -- Femitude

"A captivating testimony. . . . This book gives a closer look at the life of B.B., not the star adulated, but the other: the lover, the protector of animals, she who works tirelessly so that wherever they are on earth, these sentient beings are a little better treated." --Tele Star Jeux

"A fascinating, balanced memoir. . . . These confessions have the force of the upmost frankness." --L'Abeille 54

"For the first time, B. B. explores her wild, gentle, and ferocious nature, explaining the inspirations behind the choices that marked her life. Instinctive, free, and moving, she goes back on her experience as a star, her daily life in contact with her animal companions, and her struggle on their behalf. . . . At 83, she's shedding tears from her battles and wondered about the impact her nearly half-a-century of activism has had."--L'info-journal, Fondation Brigitte Bardot

"She was a sex symbol, a legend, an epic personality . . . [and] a woman of heart, mobilized daily for our animals. And that's not cinema."--Midi Libre